Arnold Otwani should be avoided while making your fantasy teams.

Hosts Namibia have dominated Uganda in both T20I and unofficial ODI matches. Having sealed the T20I series 3-0, they won the 1st unofficial ODI by 96 runs and took a 1-0 lead in the series. They are looking very strong at moment and are the favorites to win this match.

After the humiliating defeat in the T20I series, Uganda are still seeking their 1st win in this tour. Despite a century from Ronak Patel, they ended up on the losing side on the 1st unofficial ODI. They must win this match to level the series, as otherwise, they suffer one more series defeat.

Live Streaming: On the Official Facebook page of Cricket Namibia

The surface looked good for batting throughout the match and there was assistance for the quick bowlers in the 1st match. There is not much difference expected from the previous game and we can expect another good game of cricket.

Coming at number 4, Namibia skipper Merwe Erasmus played a handy inning with the bat in the previous match, scoring 44 runs from 49 balls.

Ronak Patel was the top scorer for Uganda in the losing cause in the previous game. He played exceptionally well for his 107 runs from 128 balls, which comprised of 7 fours and a six.

JJ Smit batted aggressively in the death overs in the previous game, scoring 81 runs from just 55 balls. He is a competent bowler as well and has picked up 13 wickets in his career.

Dinesh Nakrani was the most economical bowler for Uganda in the last game. He picked up one wicket by conceding just 20 runs in his full quota of 10 overs.

Ruben Trumpelmann bowled his career-best spell in the previous match, picking up 5 wickets by conceding just 36 runs in his 10 overs.

Henry Senyondo was the pick of the bowler for Uganda in the last game, picking up 2 wickets by conceding 47 runs in his 10 overs.

Jean-Pierre Kotze got out early in the last match for just one run, but he is a reliable batsman for Namibia. Overall in his ODI career, he has scored 299 runs in 8 matches. 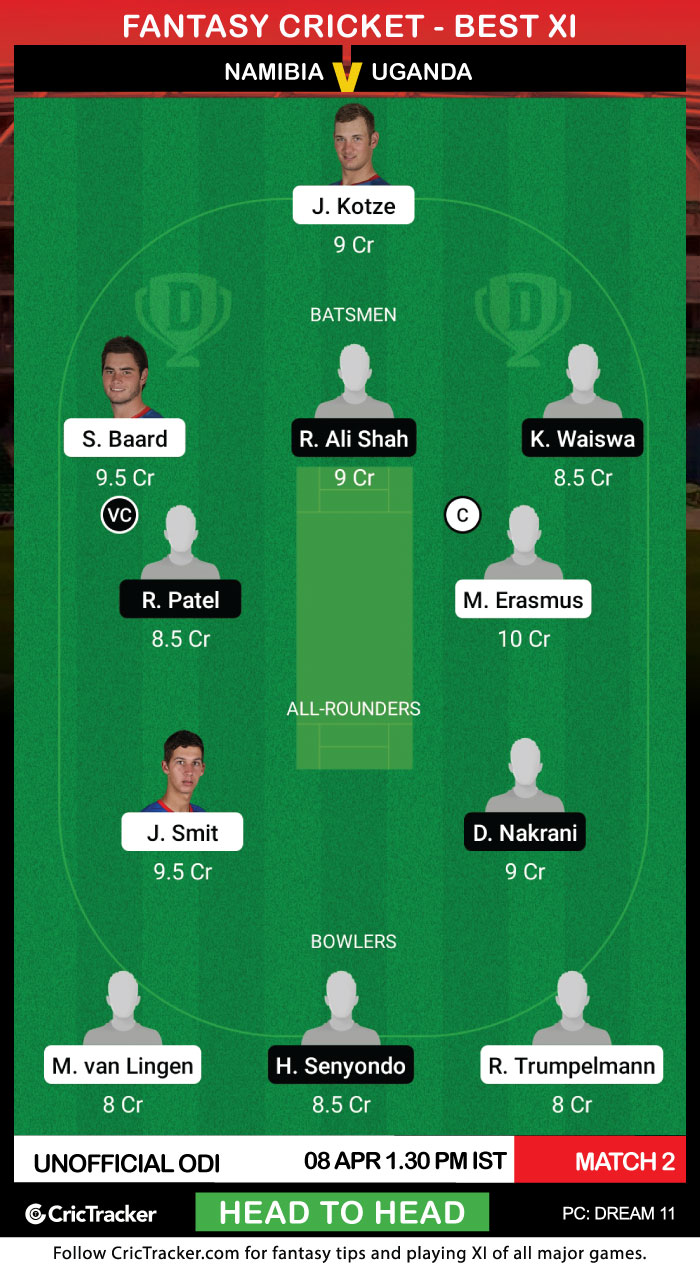 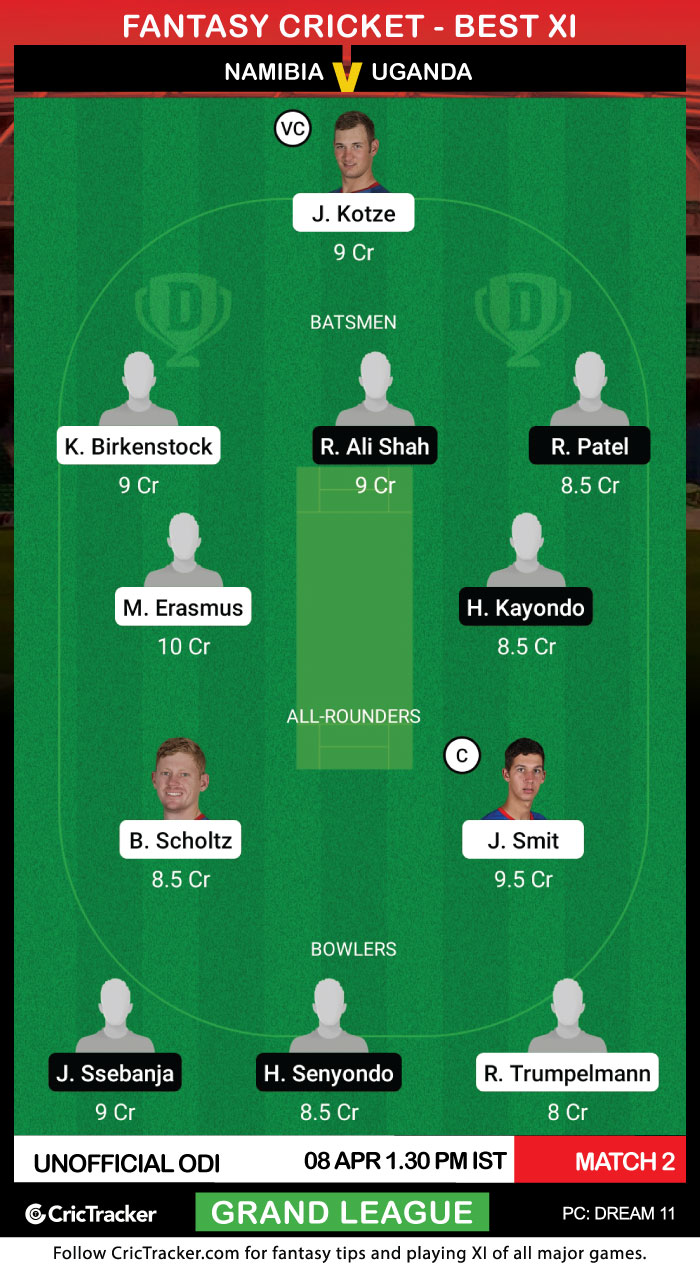 Michael Van Lingen scored an impressive half-century and remained unbeaten on 56* runs from 46 balls, coming down the order. It will be a bit risky to make him a captain since he is a lower-order batsman.

Riazat Ali Shah batted quite well for his 32 runs from 61 balls in the last game, coming at number 7. He can be promoted up the order in the next match and he is a risky captaincy choice.

Arnold Otwani is not in the greatest of forms at the moment with the bat. He managed to score only 2 runs in the last game and has scored 30 runs in the T20I series. He should be avoided while making your fantasy teams.