Karl Birkenstock is the player you can avoid while making your fantasy teams.

We need to wait for the outcome of the 2nd T20I, as it will decide whether the 3rd T20I will be a decider or Namibia will take the series with one game still left. With some combined group efforts, Namibia convincingly won the 1st T20I by 7 wickets. They have got many skilful players and are favourites for this series.

Uganda should show better standards in the coming matches, since their performance in the 1st T20I was unimpressive. Hamu Kayondo, Roger Mukasa, and Ronak Patel played well with the bat and will be the ley players for their team.

Even though the ball was coming quite well onto the bat, the team batting first failed to score big runs on the board in the 1st T20I. Since it’s a second match of the day, the surface might get slow down and batting first is preferable.

Merwe Erasmus was the player of the match in the 1st T20I for his incredible knock of unbeaten 62 runs. Overall in his T20I career, he has scored 460 runs at an average of 41.82.

Playing in his first international match, Ronak Patel was the top-scorer for Uganda in the 1st T20I, scoring 35 runs from 37 balls.

Ben Shikongo bowled really well in the 1st T20I, picking up the important wickets of Roger Mukasa and Dinesh Nakrani. In his T20I career, he scalped 9 wickets at an economy of 5.74 runs per over.

Tangeni Lungameni went wicketless in the 1st T20I, but he is a talented bowler and overall in his career, he has picked up 3 wickets in 4 matches at an economy of 6.17 runs per over.

Michau du-Preez batted well for Namibia while chasing the modest of targets in the 1st T20I, scoring 29* runs from 25 balls.

Jean-Pierre Kotze had failed to score runs in the 1st T20I, but he is a talented batsman who scores runs at a good strike rate. Overall in his T20I career, he has accumulated 247 runs in 13 matches at an average of 20.58. 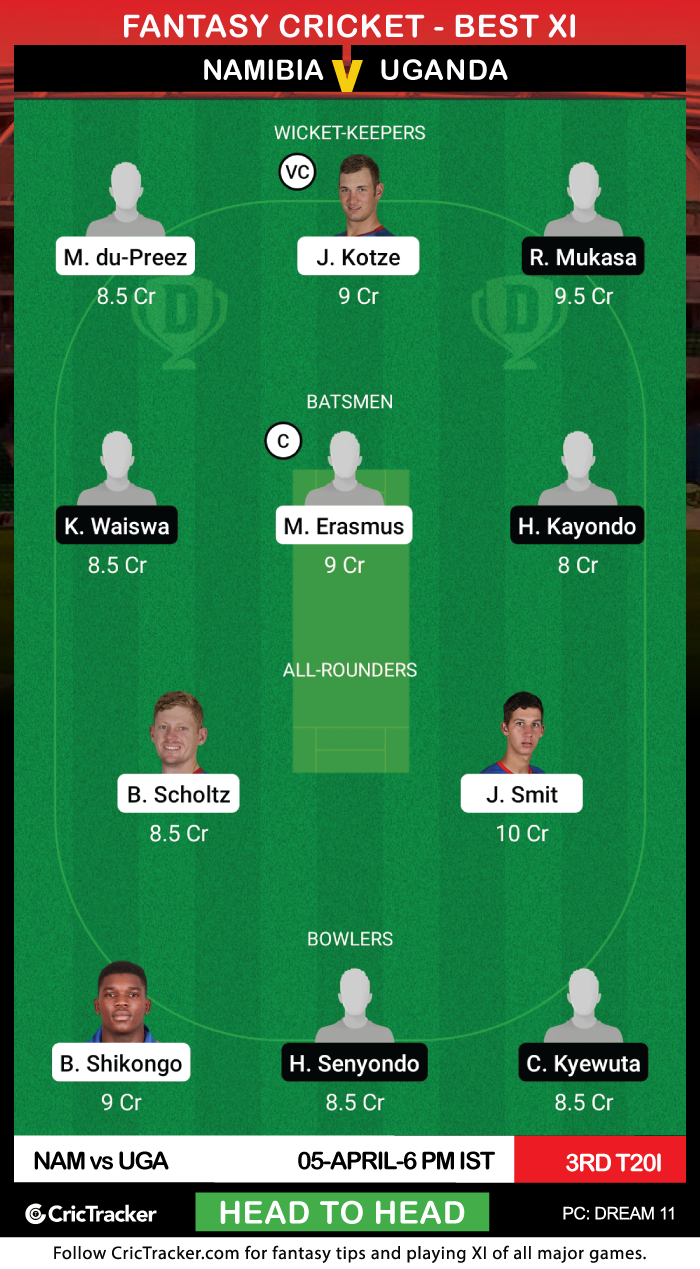 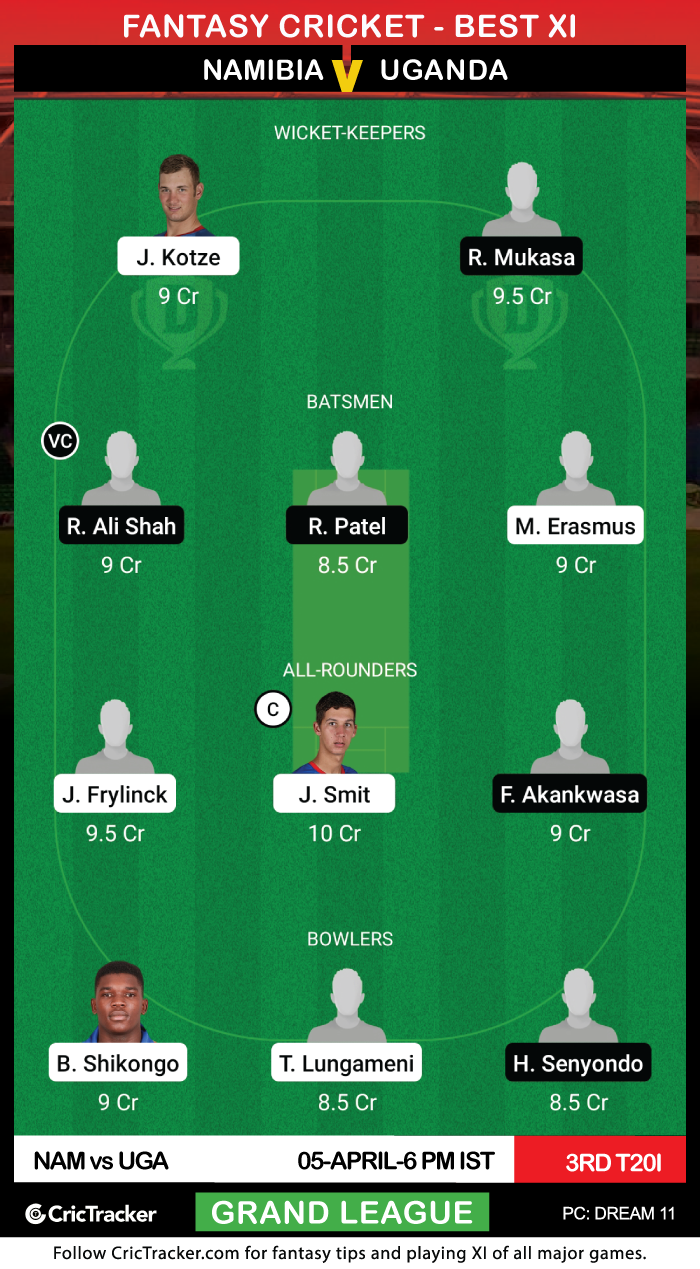 Bernard Scholtz has been selected by only 17.91 % of users at the time of writing. He bowled well in the 1st T20I by picking up a wicket at an economy of 5. Overall in his T20I career, he has scalped 18 wickets with the best figures of 4 for 12.

Ronak Patel showed good temperament for his 35* runs from 37 balls and you can take a risk by making him the captain of your Dream11 fantasy team.

Karl Birkenstock has been listed in the batters category but he didn’t get the opportunity to either bat or bowl in the 1st T20I. He is the player you can avoid while making your fantasy teams.