The 1st game of the 2-match unofficial ODI series between Namibia and Ireland Wolves will be played at the SuperSport Park in Centurion.

Namibia made a decent start in the 5-match unofficial T20I series against Ireland Wolves by winning the first match. However, after that win, Namibia failed to get the better of Ireland side and ended up losing the series by 1-4 margin. The Namibian team now gears up to face Ireland Wolves in the first of the 2-match unofficial series. Both the matches of this series will be played on consecutive days in Centurion and Pretoria respectively which were the venues that hosted the unofficial T20I series. Both the matches are classified as List A games and only 11 players on each side can be picked.

A few clouds are forecasted over the SuperSport Park in the afternoon but no rain is forecasted during the match.

The SuperSport Park is usually a high-scoring track, especially during the first innings. Teams chasing struggle at sometimes due to the scorecard pressure caused when the target is close to 300. The first innings average score here read 268 and hence, we could see close to 550 runs being scored on Wednesday. The totals did take a dip whenever a pitch with assistance to the pacers was laid out.

Stephen Doheny was probably best batsman during the T20 series and his record in the shorter format speaks for himself. He scored 448 runs across 14 T20s at an average of 40.67 with help of 4 fifties. However, he scored only 60 runs across 6 List A matches with the best score of 32. The Namibia skipper Gerhard Erasmus has been in great form with the bat as he had decent returns during the T20 series where he scored 148 runs. In his List A career, Erasmus scored 1442 runs with help of 11 fifties at an average close to 30 for Namibia.

Craig Williams was brilliant all-round in the T20 series and can well be said that he was the most valuable player during that series. When it comes to List A cricket, Williams has a 153-match experience for Namibia where he scored 4736 runs at an average of 36.42. He struck 8 hundreds and 34 fifties in the 149 innings and also claimed 99 wickets from 98 innings. Tyrone Kane has an impressive record for Ireland Wolves as he picked 11 wickets from 6 matches in the List A cricket. 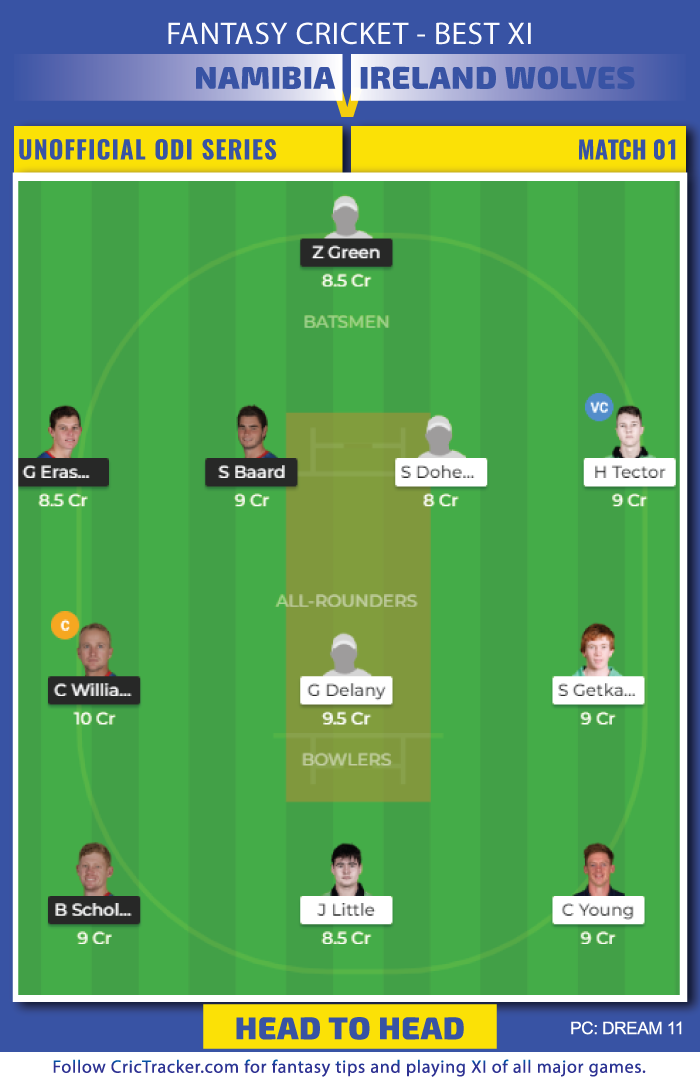 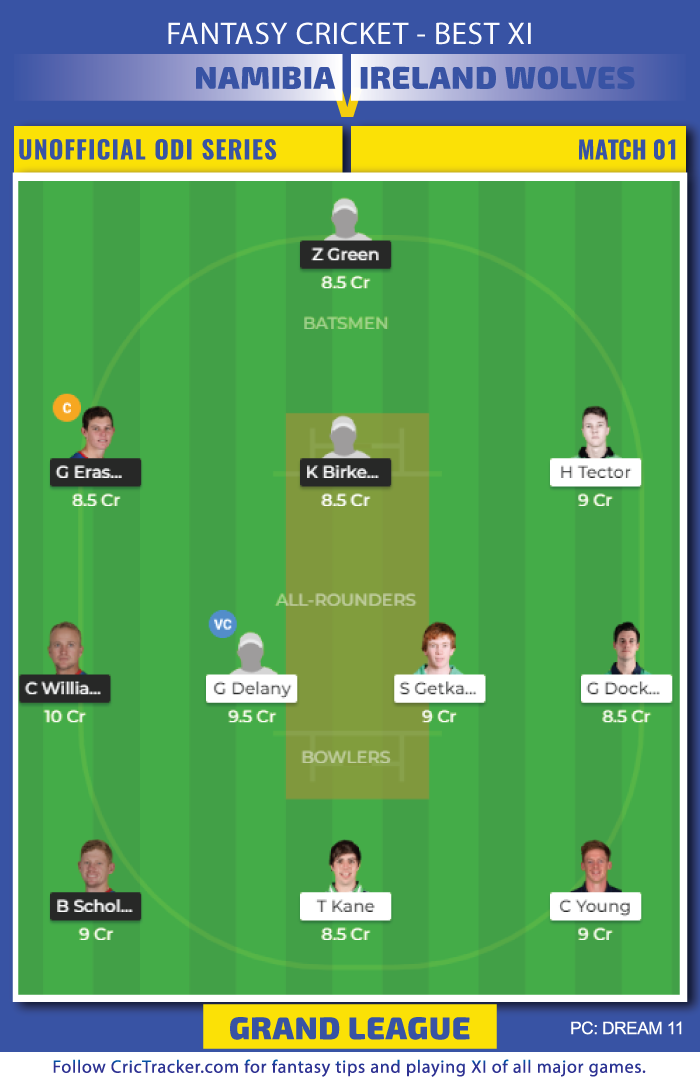 The team selections during the T20 series on both Namibia and Ireland Wolves were unpredictable. In many of the matches, both the teams excluded who can be called as a key/experienced player. Hence, we have to wait for the toss update of this match if there is any chance.

Ireland Wolves could pip Namibia in the first unofficial ODI as they are high on confidence after 4 consecutive wins.