Jan Frylinck picked up 15 wickets across 7 matches at a bowling strike rate of 10 during the recent T20 CWC Qualifiers.

The 1st game of the 5-match unofficial T20I series between Namibia and Ireland Wolves will be played at the SuperSport Park in Centurion.

Ireland Wolves’ tour of South Africa will be kick-start on Tuesday when they face Namibia in the 5-match unofficial T20 series. The two sides will be involved in back to back T20 matches at the SuperSport Park in Centurion that hosted the T20I series-decider between South Africa and England on Sunday. Harry Tector will be captained by the visiting Wolves team while the Namibia national side will be led by Gerhard Erasmus. The Namibian team is a near full-strength side as they take the field with the players who were part of the CWC Qualifiers except for JJ Smit.

SuperSport Park is expected to be under clouds during the morning but no rain is forecasted.

The first T20 will start at 9:30 AM local time which is quite an early start at this ground. Hence, there could be a bit of assistance for the pacers unlike during the Sunday’s high-scoring match between England and South Africa where the visitors chased down 223.

The Namibia skipper Gerhard Erasmus has been at his prime with the bat as he scored 268 runs from 9 innings at an average of 38.28 with three fifties in the 2019-20 season for Namibia. Erasmus also picked up four wickets from four matches he played. Jan Frylinck was impressive with the ball during the recent T20 CWC qualifiers where he picked up 15 wickets across 7 T20s at a bowling strike rate of 10.

Tyrone Kane has an impressive record in the limited-overs formats. He bagged 29 wickets from 19 innings he bowled in the T20 format at a strike rate of 11.1 and also scored 147 runs from 13 T20 innings at 140+ strike rate. Gareth Delany has played 20 matches for Ireland in his T20I career. He scored 383 runs in 18 innings at an average of 25.53 with two fifties and also claimed 16 wickets across 17 innings. 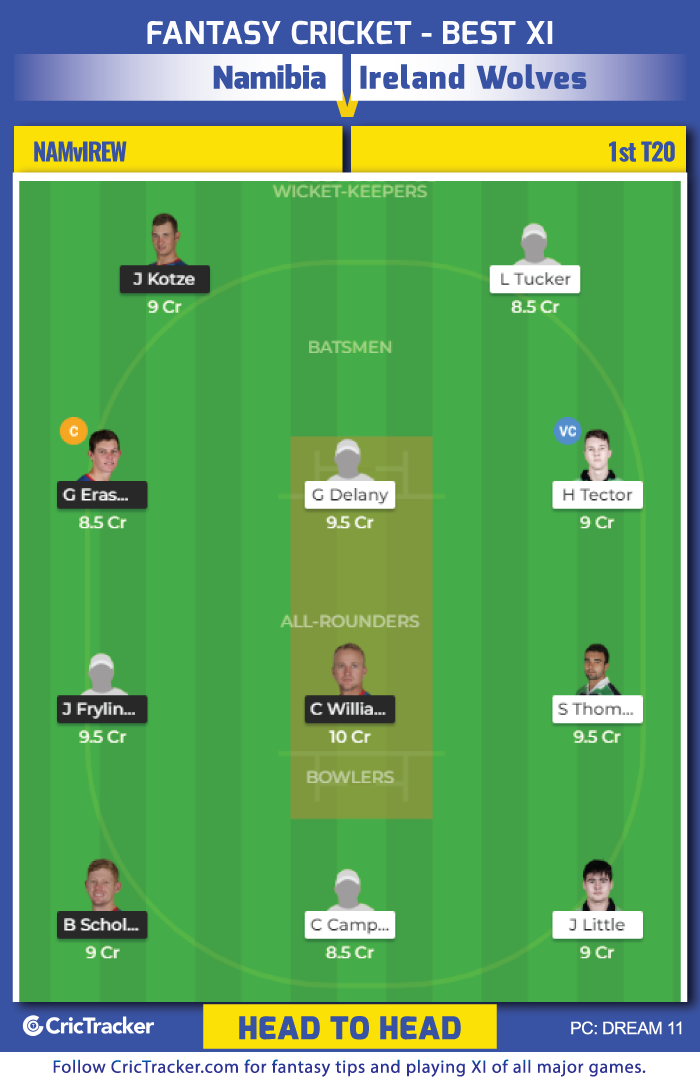 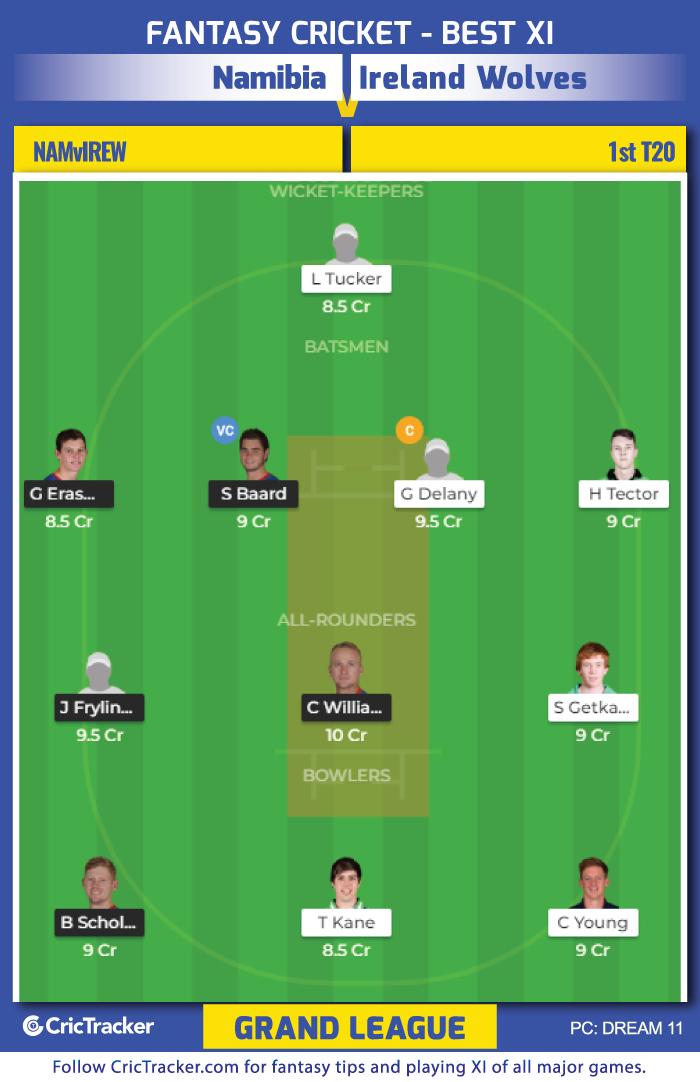 JP Kotze and Craig Williams are similar in terms of consistency, especially in the T20 format. Kotze has an average of 17.65 for Namibia but has scored an unbeaten hundred in the shorter format. Williams has two T20 hundreds and has scored over 1000 T20 runs at an average of 25.29. He also picked up 35 wickets in this format thus far. However, he scored only 1 century in his last ten innings across all formats and sub-50 scores in the other nine.

Namibia is expected to take a 1-0 lead in this series if they play to their potential.