Captain of Ireland Wolves Harry Tector scored an unbeaten 75 from 39 balls in the first T20.

The 3rd game of the 5-match unofficial T20I series between Namibia and Ireland Wolves will be played at the Irene Villagers Cricket Club Ground in Pretoria.

Namibia and Ireland Wolves stand 1-1 in the 5-match unofficial T20I series after the doubleheader on Tuesday. Wolves, who batted first in the 1st game, posted 177/6 in their 20 overs with the skipper Harry Tector scoring an unbeaten 75 from 39 balls. The Namibian captain Gerhard Erasmus struck 63 from 35 balls to ensure his team won the game with two balls and three wickets to spare. Once again in the 2nd match, the Irish team posted 170 thanks to fifties from Delany and Doheny which resulted in a victory. Namibia were well in the match until their skipper Erasmus got out scoring 43.

Rain is forecast from the afternoon in Pretoria but the match is most likely to get completed before the troublesome time.

The Pretoria’s Irene Villagers Cricket Club Ground will host a T20 match for the first time on Friday. They venue stood host for U19 CWC warm-up matches which witnessed moderate totals due to the rains around the city during the period. A total of 170 could be good enough to defend at this venue.

Gerhard Erasmus is continuing his rich form with the bat as he now scored 374 runs across 11 innings at an average of 41.56 with four fifties in the 2019-20 season. He also claimed five wickets in the five innings he bowled. Stephen Doheny continues to improve his already good record with the in T20 cricket. He now has scored 378 runs across 11 innings at an average of 42 with three fifties. Shane Getkate is the ideal player for fantasy cricket as he claimed 47 wickets in the T20 format in only 32 matches at a strike rate of below 13. Getkate also scored 431 runs at an average over 15 as he hits a couple of boundaries before getting out every time he bats. 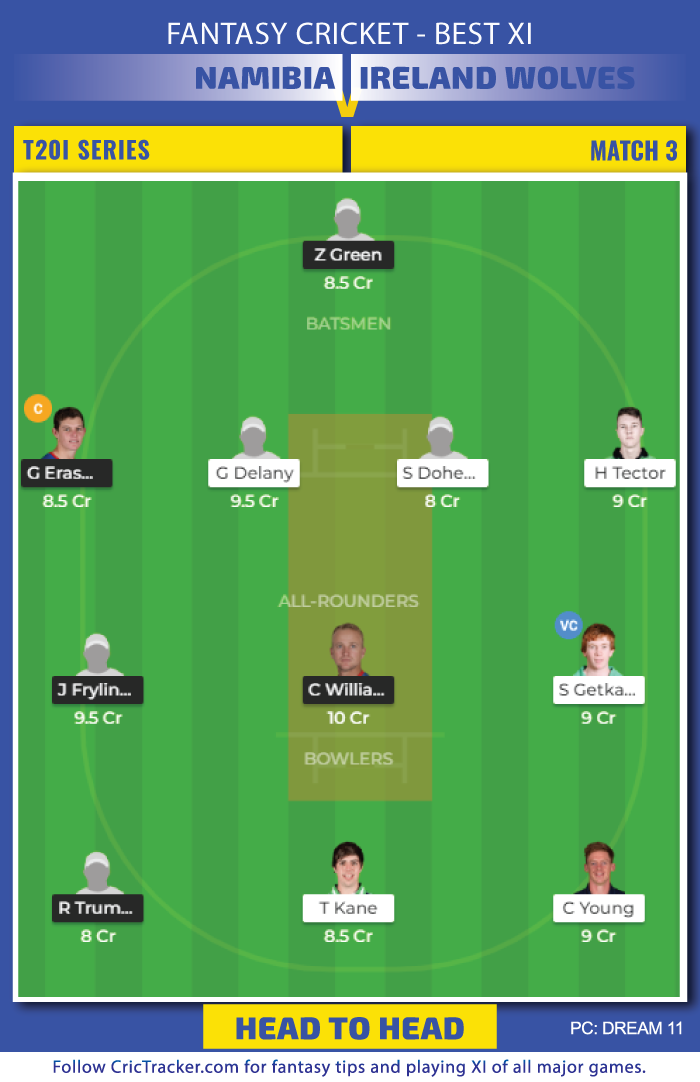 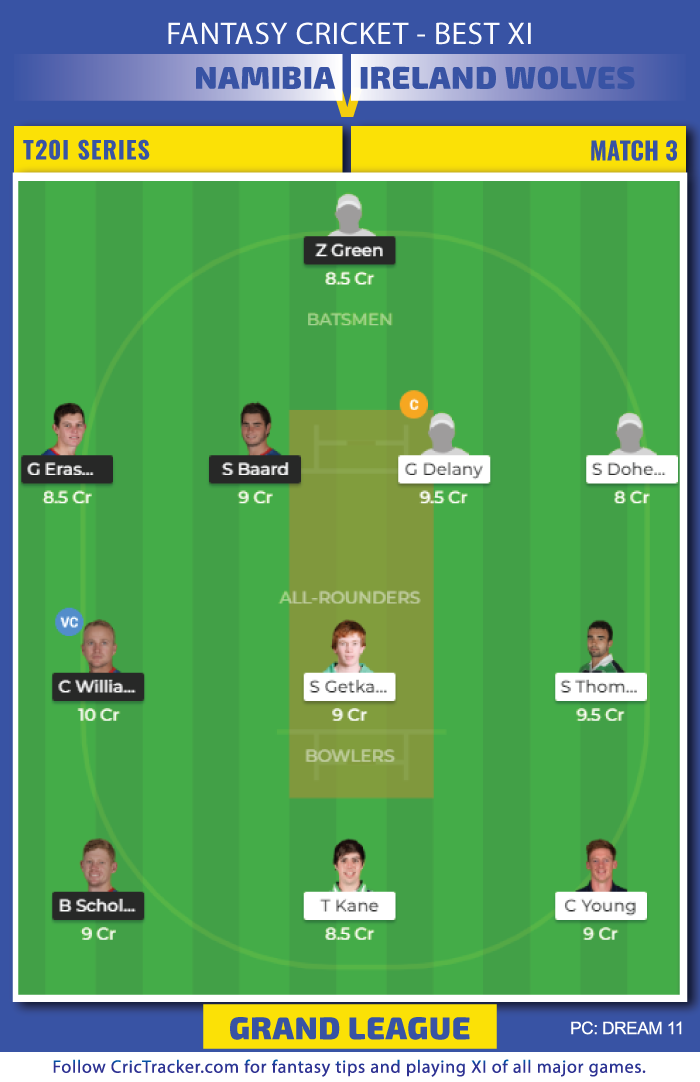 Namibia didn’t pick big names in the batting order during the doubleheader on Tuesday. They excluded JP Kotze from both the matches while Stephen Baard played only the afternoon match. Hence, it will be interesting to wait upon the playing XI strategy of Namibia if there is any toss update on Friday.

Namibia might win this match as the pitch in Pretoria is not known for being a high-scoring one.