The 4th game of the 5-match unofficial T20I series between Namibia and Ireland Wolves will be played at the Irene Villagers Cricket Club Ground in Pretoria.

From being 0-1 down, the Ireland Wolves bounced back by taking 2-1 lead following a big 49-run win on Friday. Stephen Doheny scored an aggressive 33-ball 58 with 8 boundaries for Ireland Wolves while Curtis Campher scored 45 from 33 balls. Gareth Delany chipped in with a 22-ball 38 as the visiting team finished with 196 in their 20 overs. Namibia kept struggling in the chase as they couldn’t achieve the required run-rate. Craig Williams scored an unbeaten 59 from 38 balls with seven boundaries to push Namibia to 147/8.

It will be a miracle if a result is possible during the scheduled timings of the match with high chances of rain on Sunday.

The Pretoria’s Irene Villagers Cricket Club Ground produced a track that kept slowing down during the previous match. The first 10-15 overs of the game are expected to have better batting conditions and the team batting first will be making a note of it and forcing for extra runs early on.

Craig Williams has been Namibia’s best player in this series as he aggregated 107 runs across three matches and also bagged five wickets. In the 3rd T20 game, Williams scored an unbeaten fifty and claimed a 3-wicket haul. Stephen Doheny scored only 18 runs in the first match but followed it with an unbeaten 63 and a 33-ball 58. Doheny now scored four fifties from 12 T20 matches. Ruben Trumpleman has been probably Namibia’s best bowler in this series with five wickets. In the first two games, he picked two wickets apiece. Shane Getkate has similar performances as he picked up five wickets in three matches with two wickets apiece in last two games. 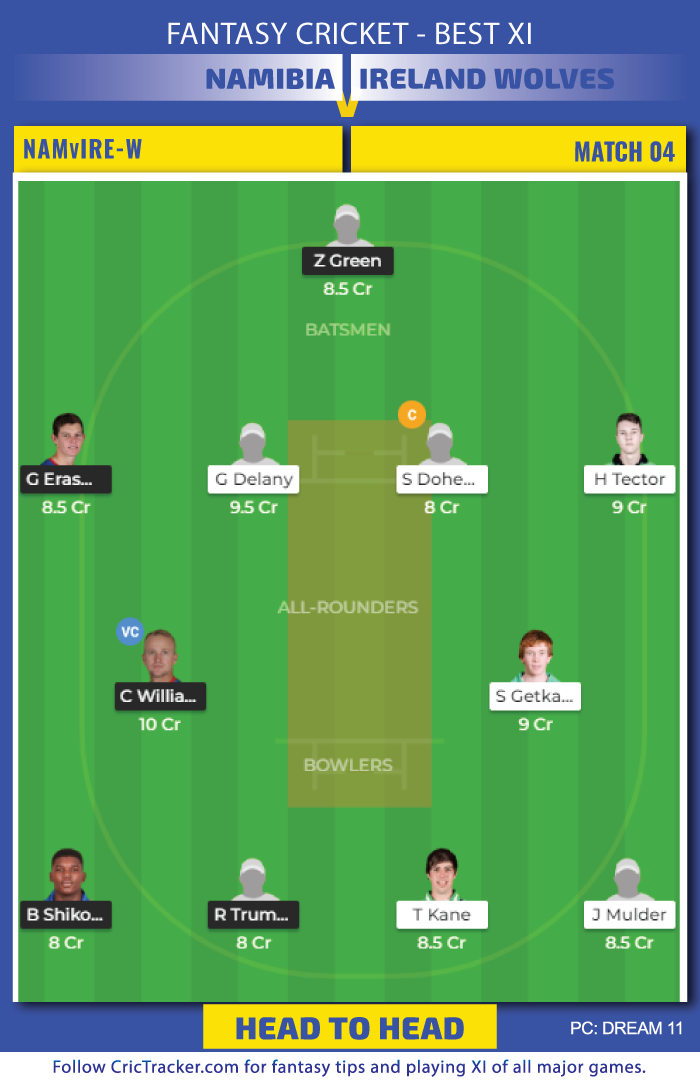 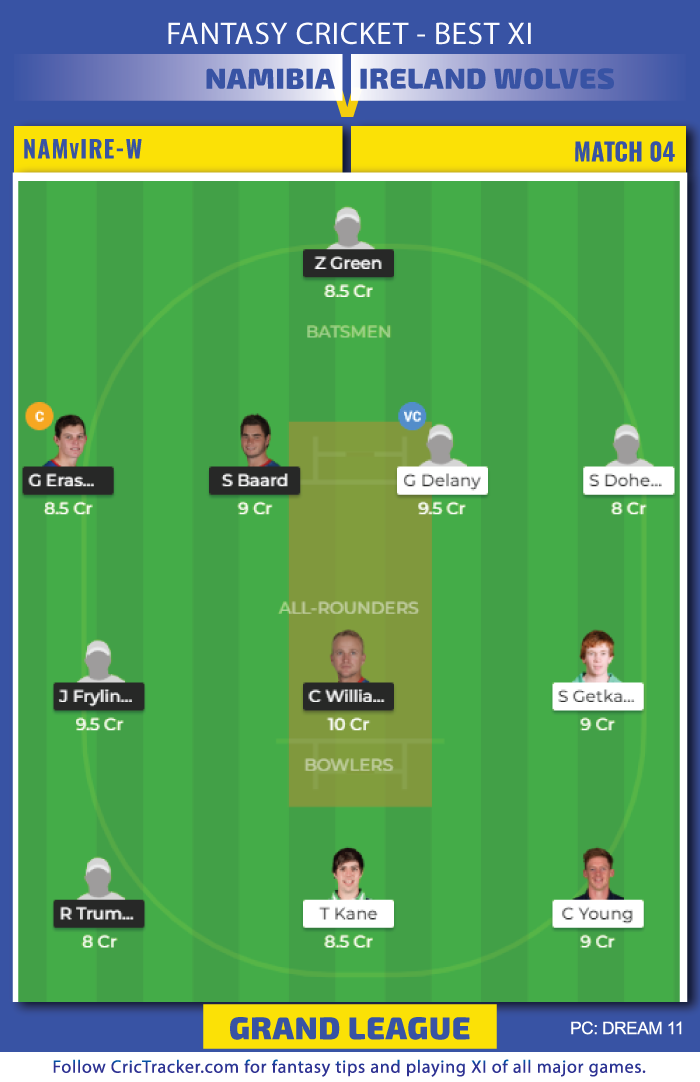 Both the teams have been irregular with the selections they made in this series so far. Namibia hasn’t picked JP Kotze while Ireland Wolves have rested few of the performing players. Hence, we have to wait for the line-ups after the toss which will be posted by the Ireland Cricket on Twitter.

Namibia is expected to win this fixture and level the series 2-2.