Babar Azam scored his 3rd century of 2019 in the Twenty20 format on Sunday.

The 5th match of the National T20 Cup 2019 will be played between Central Punjab and Northern at the Iqbal Stadium in Faisalabad.

Central Punjab started their campaign with a strong batting performance in their first game against the Sindh team on Sunday. Their skipper Babar Azam scored an unbeaten 59-ball 102 helping them to finish on 188/3. The total wasn’t enough despite taking wickets regularly. The equation came down to 100 needed from 50 balls but Sindh finished the chase with a ball to spare.

Central Punjab will now take on Northern who started off with a convincing win on Monday afternoon. Sohail Tanvir and Mohammad Amir shared five wickets between them to restrict Southern Punjab to 135/9. Umar Amin’s fifty at the top and an unbeaten 24-ball 44 from Asif Ali helped the Imad Wasim-led team to chase down the target with an over remaining.

Faisalabad is expected to be sunny in the afternoon on Tuesday with no threat from the rain.

The teams chasing do have a good record during the afternoon games but the batting first sides have continuously struggled. Both the games played in the afternoon in this tournament produced scores of less than 150.

Hasan Ali will need to pass a fitness test to be part of the playing XI.

Kamran Akmal is in great form over the last couple of years and will be hoping to produce a big knock on Tuesday. Naveed Malik got out for a low score in the previous game. He scored 206 runs with help of two fifties across four innings at an average of 51.5 including a score of 90 in the previous National T20 Cup. Umar Amin opening the batting will help his consistency with the bat. Hammad Azam didn’t play the first game but is expected to get a chance on Tuesday. He amassed 182 runs across 8 innings last season and also took nine wickets from 9 games.

Babar Azam will be crucial as a captain or vice-captain yet again. 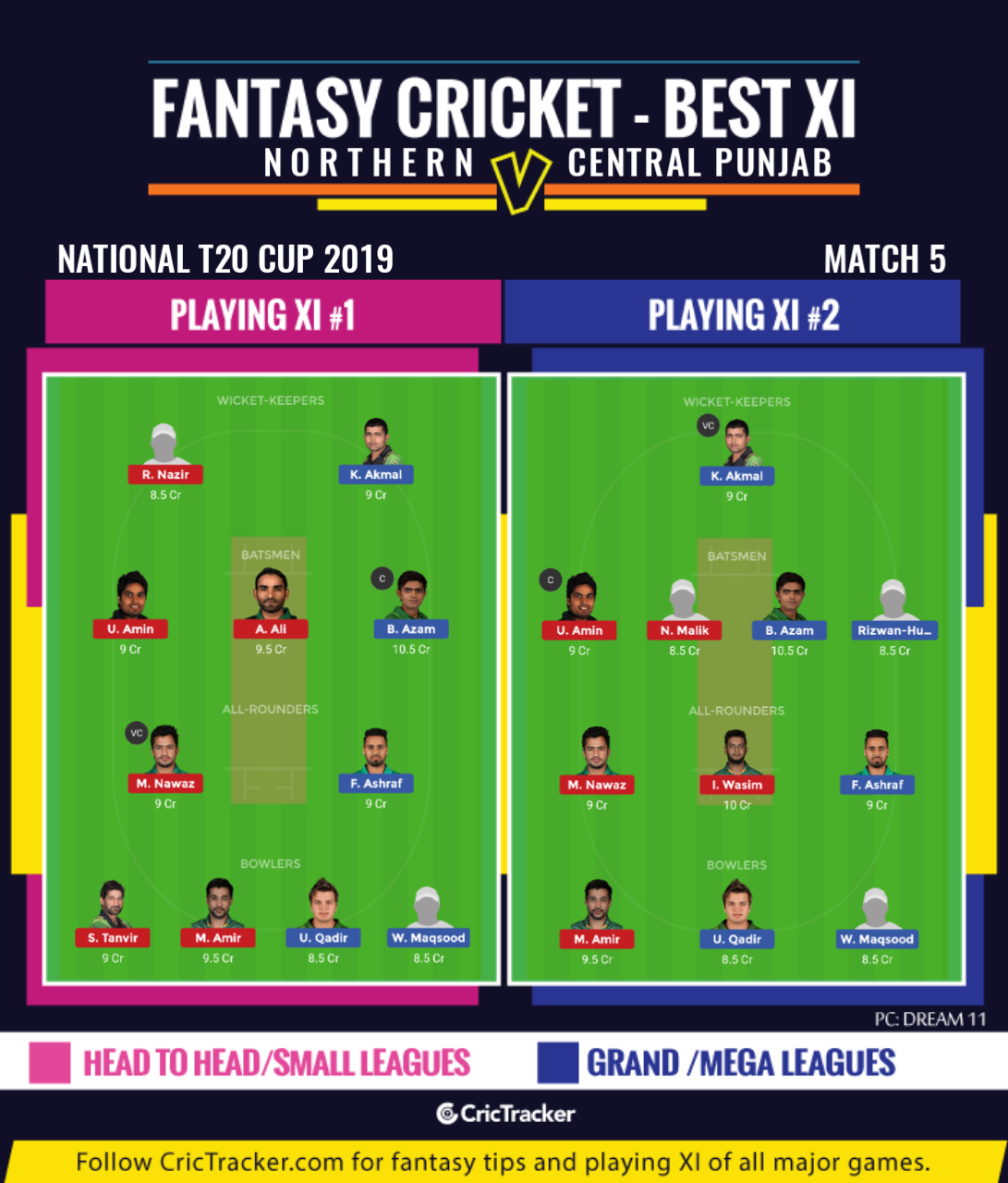 In the presence of International players of 9 and more credits, the duo of Ahmed Shehzad and Umar Akmal might not be fitted in the fantasy team. Shehzad is of credits 9 credits while Umar costs 10 credits.

Central Punjab is expected to bounce back with their first win.