Iftikhar Ahmed has been dismissed only 4 times in the 11 matches so far in this tournament.

Central Punjab, on the other hand, got home comfortably to win by 7 wickets against Sindh in the second semi-final. The bowlers restricted Sindh for just 141 runs and the batters did the rest to give Central Punjab a thumping win. Both sides played some extraordinary cricket throughout this tournament, and we can expect a cracker of a contest.

There is no drastic change in the behaviour of the surface. It’s a used wicket with relatively more advantage for the batters. Chasing is always a better option here, especially in the night matches.

Sahibzada Farhan was instrumental in getting Khyber into the finals. He played a fine knock in the first semi-final against Northern, where scored 53 runs from 39 deliveries, which included 7 fours and a six.

Iftikhar Ahmed is getting better and better as the tournament moves on. He batted splendidly in the first semi-final and scored an unbeaten 45 runs from just 17 deliveries. Overall in this tournament, he has scored 364 runs at an average of 91 and has picked up 5 wickets as well.

Ahmed Shehzad played a responsible knock in the second semi-final against Sindh and accumulated valuable 49 runs from 46 deliveries. The Pakistan international has scored 300 runs in 10 matches in this tournament, with the highest score of 77.

Kamran Akmal finally got his form back and scored an excellent half-century when it mattered the most in the second semi-final against Sindh. He scored 51 runs from 36 deliveries.

KHP vs CEP Must Picks for Dream11 Fantasy Cricket: 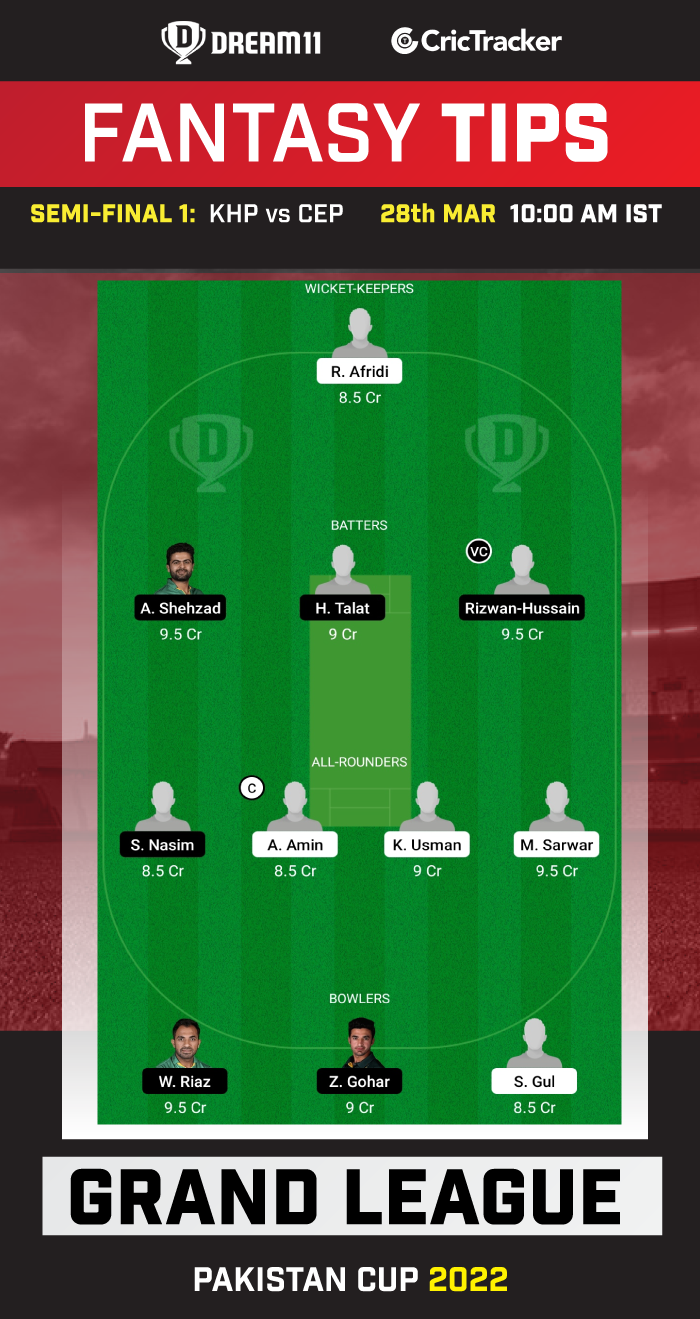