Iftikhar Ahmed is in tremendous form with the bat and he will be a good captaincy pick for your fantasy teams.

Defending champions Khyber Pakhtunkhwa will take on Northern in the first semi-final of the National T20 Cup 2021 on Tuesday. With 6 wins and 4 losses, Khyber Pakhtunkhwa finished as the table toppers with 12 points. They had beaten Northern in the final league game by 92 runs on Monday. However, they have a win-loss record of 1-1 in their last 2 previous meetings against Northern.

Northern, on the other hand, shared the same 12 points with Khyber, but they finished fourth in the standings with a poor net run-rate of -0.283. The absence of key players will definitely hurt them in this match.

It’s an excellent surface to bat on. Even bowlers had their laughs here and there. It’s 180-190 kind of a wicket and still batting second is a good option.

Probable Playing XIs for KHP vs NOR:

Top Picks for KHP vs NOR Dream11 Match:

Sahibzada Farhan was short of runs in the last 2 matches, where he managed to score 21 runs. He is the leading run-scorer in this tournament, with 368 runs in 10 matches at an average of 40.88.

Kamran Ghulam became the third batter in this tournament to score a century. He scored an unbeaten 110 runs from 64 deliveries in the previous game against Northern.

KHP vs NOR Must Picks for Dream11 Fantasy Cricket:

Suggested Playing XI No.1 for KHP vs NOR Dream11 Fantasy Cricket: 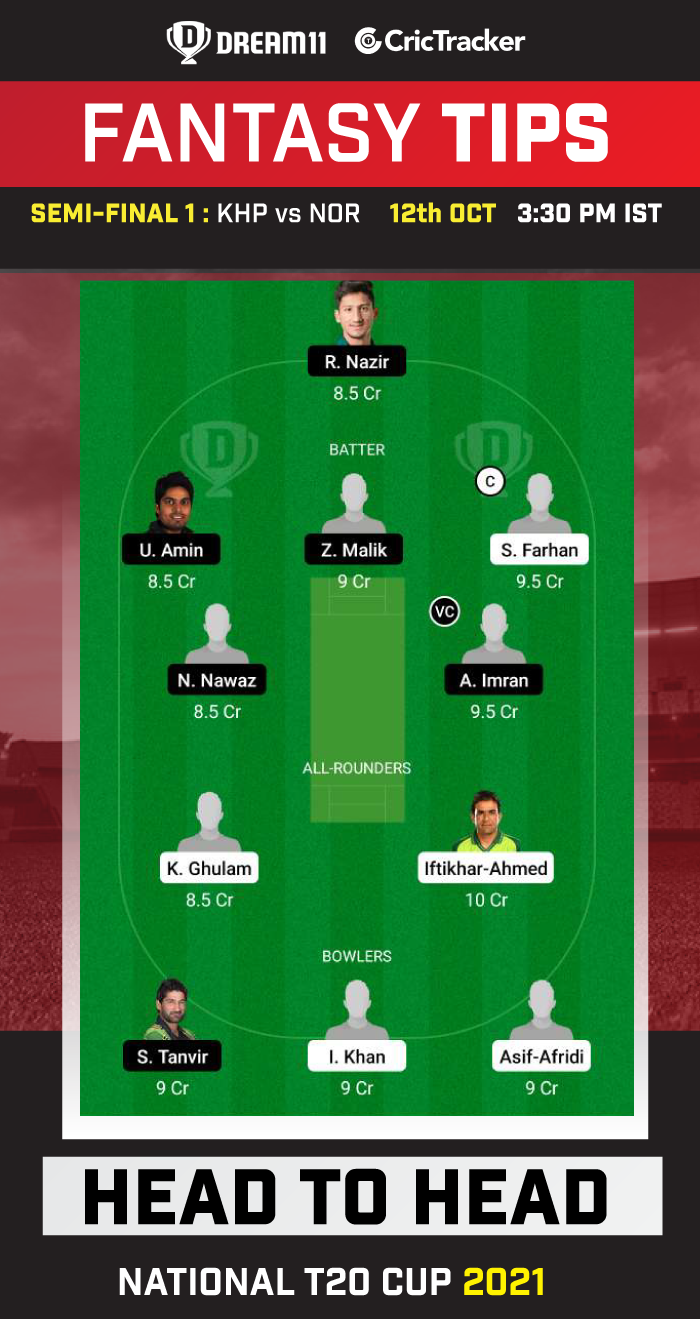 Suggested Playing XI No.2 for KHP vs NOR Dream11 Fantasy Cricket: 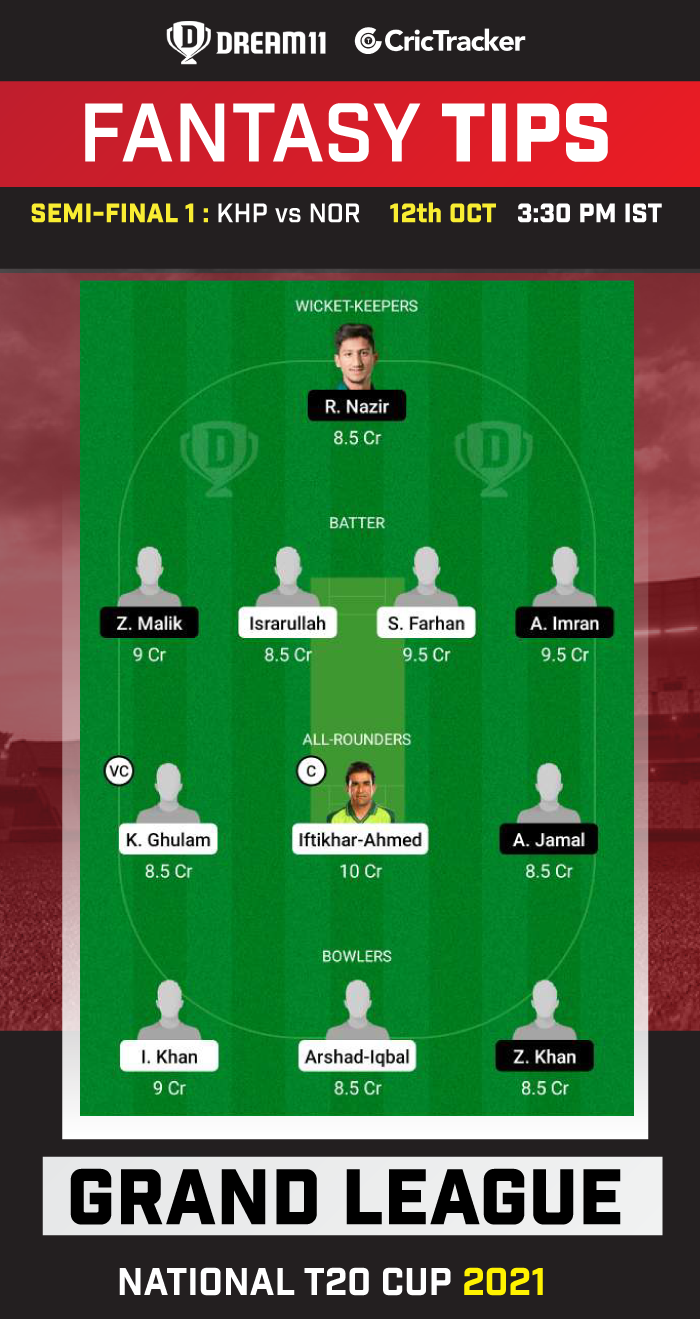 Today’s KHP vs NOR Probable Winners: