Muneeba Ali scored three fifties and a century in the ongoing tournament.

The Final of the National Triangular T20 Women’s Cricket Championship 2019-20 will be played between PCB Blasters and PCB Challengers at the National Stadium in Karachi.

This game can be viewed live on the YouTube channel of Pakistan Cricket.

The PCB Blasters will clash off the PCB Challengers in the final of the National Triangular T20 Women’s Championship 2019-20. The Blasters won both their matches in the first round but lost the next two in the second round matches. However, their NRR was good enough to edge over the PCB Dynamites and finish on 2nd place. The PCB Challengers won a game apiece against the Dynamites and Blasters to qualify for the final as the table toppers. They are blessed to have the services of Muneeba Ali who scored 50+ runs in all four league matches including the first-ever Women’s T20 century by a Pakistan player.

The National Stadium in Karachi might be cool during the final on Thursday but no rain and clouds are forecasted during the match.

An interesting trend was witnessed across the two rounds of this tournament hosted by National Stadium. The first three games were won by the batting first teams posting totals of 144, 154 and 182. However, the batting second teams got the upper hand in the following three matches while chasing targets of 147, 125 and 138. We can surely expect a good batting surface for the grand finale on Thursday.

Muneeba Ali has been an inch above every player with the bat in this tournament scoring a century and three fifties. She aggregated 282 runs across four innings; 125 runs more than Javeria Khan (157) who is the next highest run-getter. Aliya Riaz has claimed four wickets and also scored 76 runs in this tournament thus far. Anam Amin and Fatima Sana occupy the top two spots in the list of leading wicket-takers with six and five wickets respectively. Bismah Maroof might not have been at her best in the tournament but has managed to score 112 runs with help of a 62-run knock. 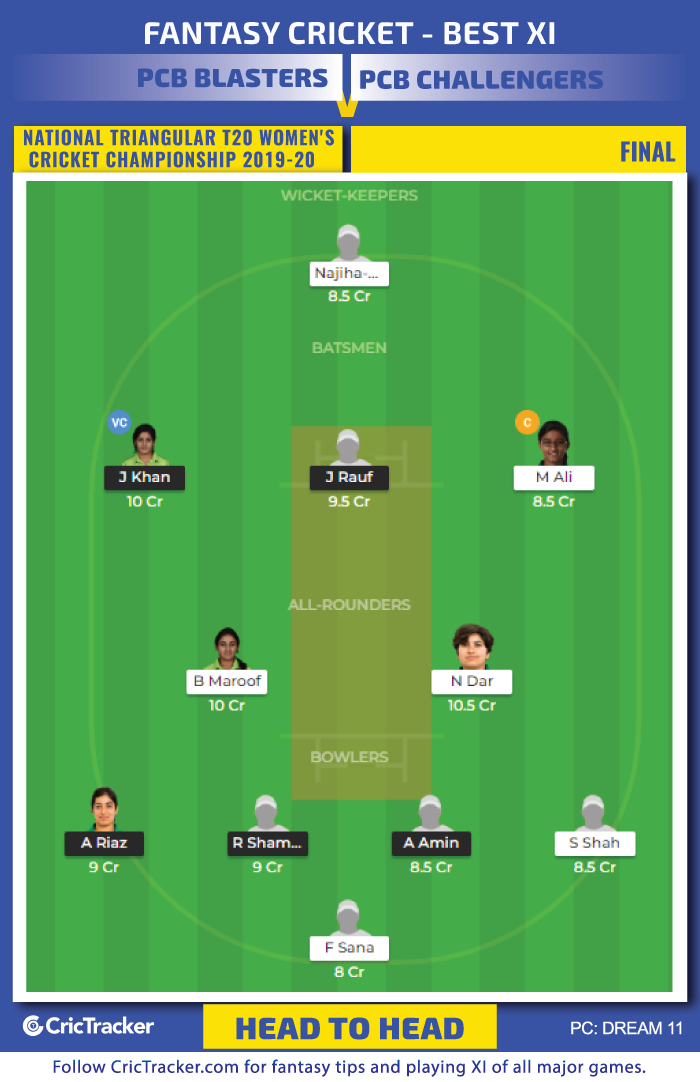 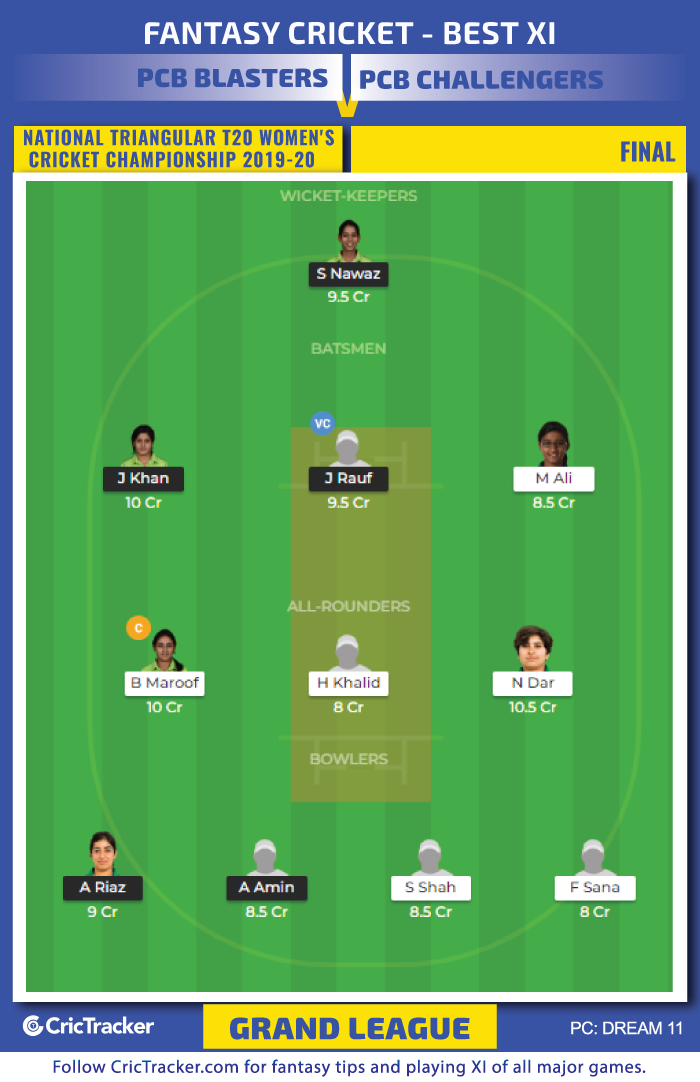 Our suggested fantasy playing XIs were picked considering both the teams will not make any major changes to the XIs they fielded previously. The players who batted up the order and bowled more overs in the competition were given the preference rather than to the senior International star players.

The PCB Challengers will step into the final against Blasters as the favourites.