Richie Berrington is an all-rounder who makes this Scotland team look a little more balanced.

The final game of the two-match series between the Netherlands and Scotland will be played at the Hazelaarweg, Rotterdam, on 20th May.

The match will start at 2:30 PM IST and it will be streamed live on Fan Code.

The fact that Scotland was playing an ODI game after almost two years was quite visible in how they went about their game during the first ODI. In a rain-reduced match, the Netherlands came out victorious by a margin of 15 runs.

Batting first, Netherlands managed 164 for 8 in their allotted 33 overs. Scotland’s bowlers were good in keeping them down to that score. On the other hand, chasing this total became a difficult task for the Scottish team, who fell short and were able to manage only 149 for 8. This match will be important for both the team, with the series on the line, but clearly, Scotland will be under more pressure.

Captaincy Picks for NED vs SCO

Richie Berrington is an all-rounder who makes this Scotland team look a little more balanced. Even though he didn’t get any wickets in the previous match. However, he top-scored for his team, scoring 41 runs from 43 balls, with three big sixes. 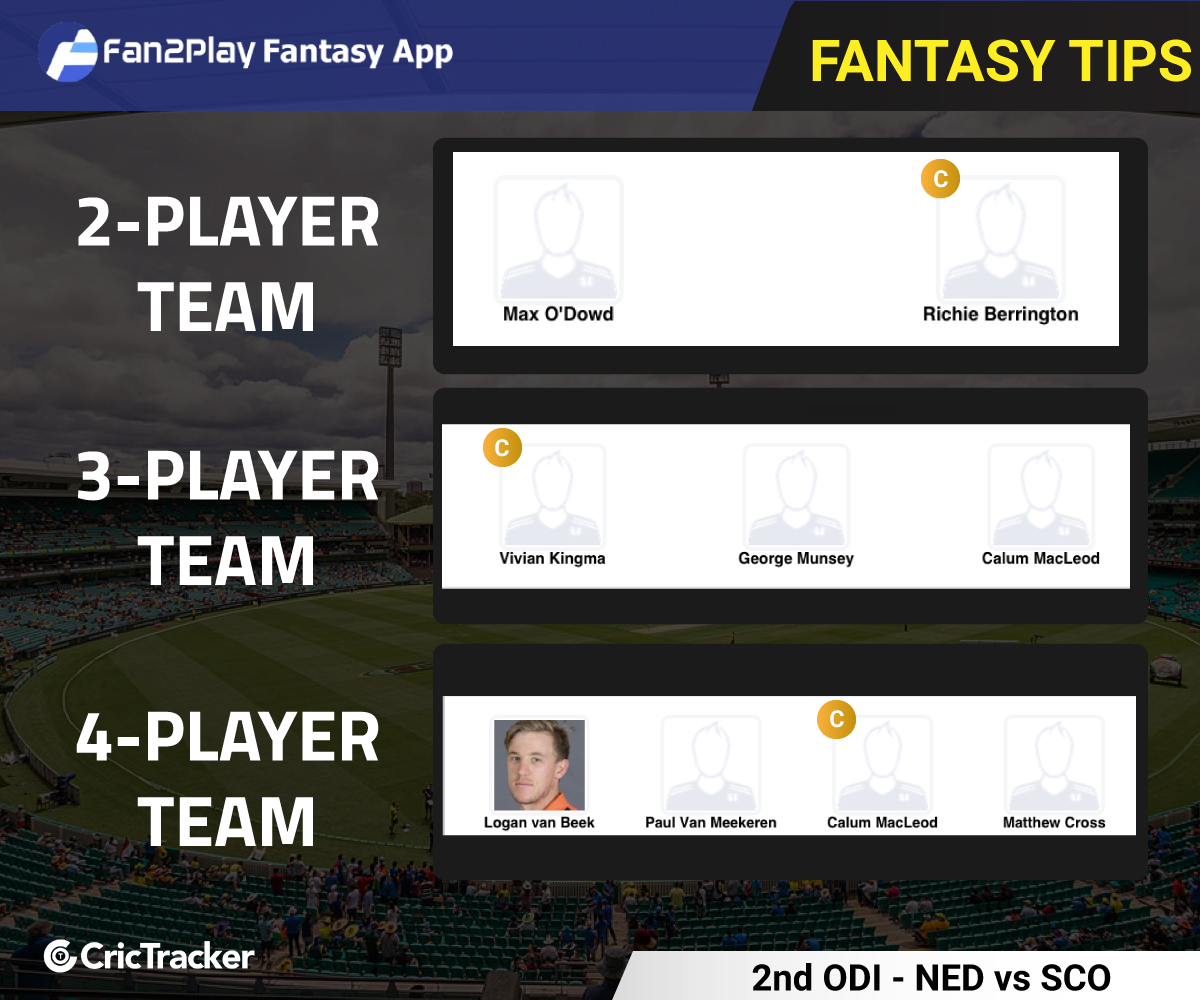 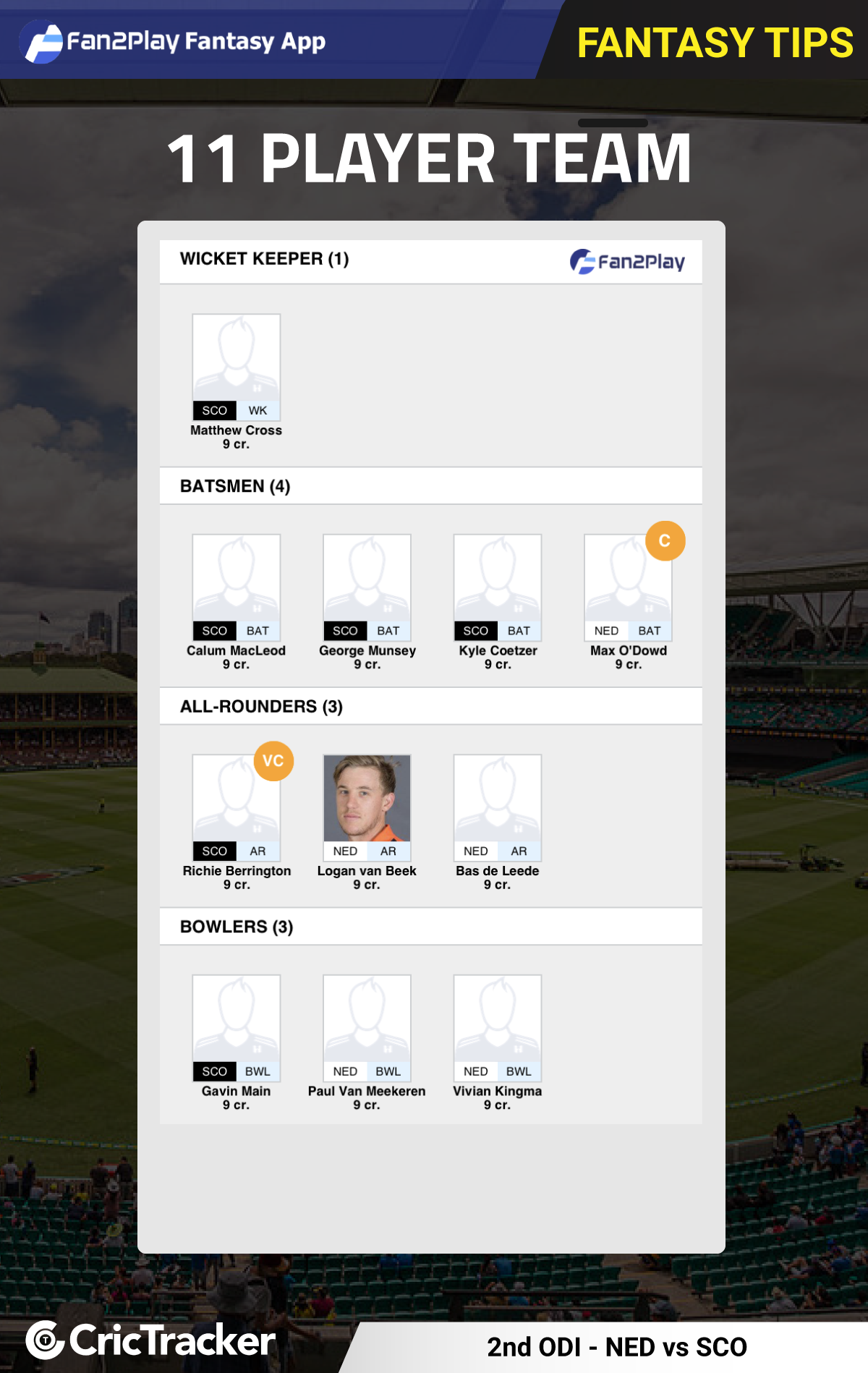