Timil Patel picked up a 5-wicket haul in the warm-up match on Tuesday.

The 2nd game of the 2020 Nepal Tri-Nation ODI Series part of the ICC Men’s Cricket World Cup League 2 will be played between Oman and United States of America (USA) at the Tribhuvan University International Cricket Ground in Kirtipur.

Oman started off the Tri-Nation ODI series in Nepal with a close 18-run and spoiled Nepal’s historic first home ODI match. Oman recovered from 57/5 to finish on 197/9 which was enough to win the game on a tricky batting track. Oman were good at taking wickets regularly despite the hosts tried to rebuild the chase. The Oman team will now face the United States of America who are placed on the top of the ICC Men’s CWC League 2. They won three out of the four matches played in the home Tri-series as well as the Tri-series hosted by UAE.

The University Ground in Kirtipur is likely to be under the clouds on Thursday as well but no rain is predicted during the match.

Muhammad Nadeem played a crucial knock with the bat when Oman were in trouble against Nepal. He scored an unbeaten 69 and also picked up a wicket. USA’s Timil Patel picked up a 5-wicket haul in the warm-up match on Tuesday and also played a decent hand with the bat down the order. Steven Taylor will be geared up to put on an all-round show having been stripped off vice-captaincy. He is likely to excel with the ball on a surface which is likely to be on the slower side. Oman’s Aqib Ilyas came into the tournament having scored 593 runs with help of four fifties and six wickets in 10 innings bowled across those 17 List A matches. In the first game, he got out scoring only 16 runs but ended up picking up a wicket. 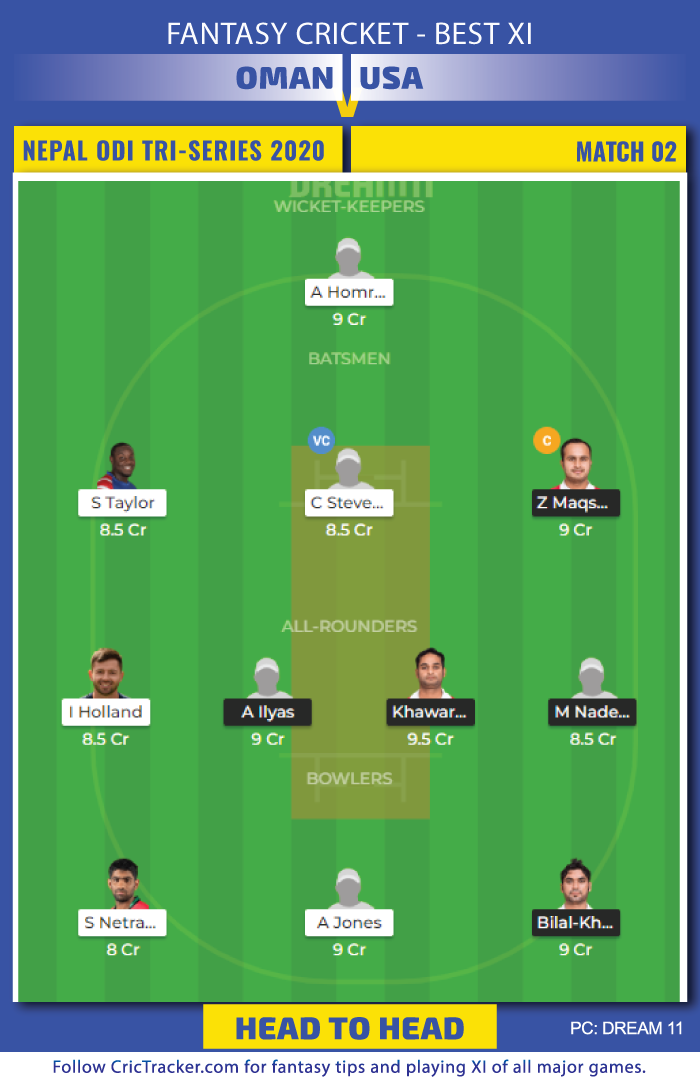 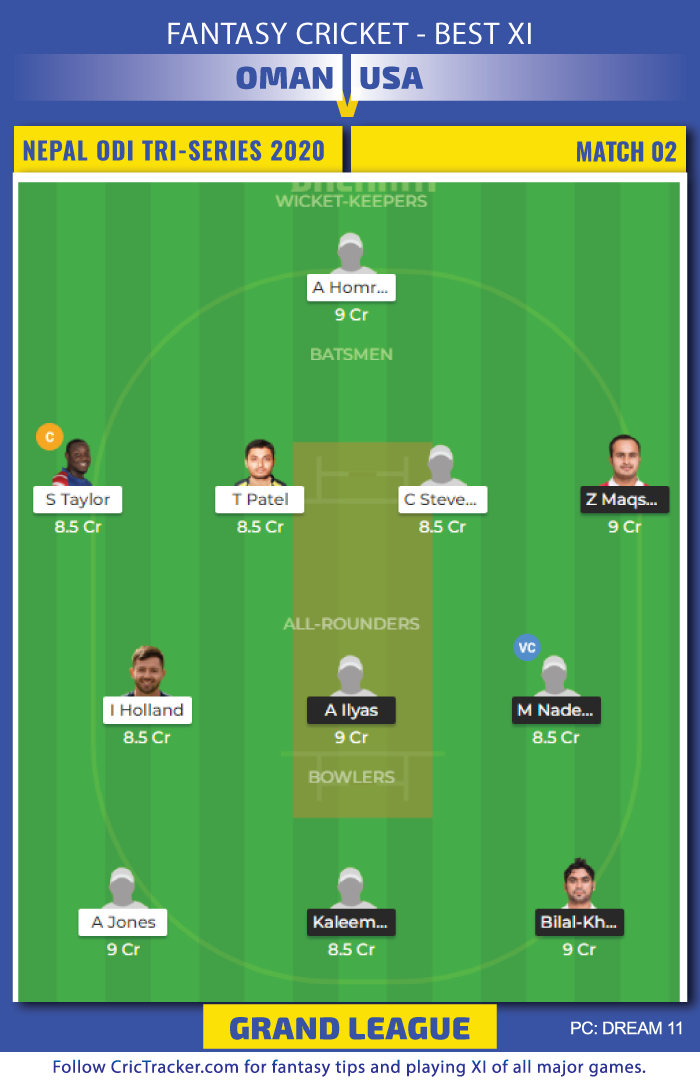 The classification of a couple of USA players is completely wrong in Dream11. The USA team’s most reliable batsman Aaron Jones is listed as a bowler while Timil Patel, a specialist bowler and a lower-order batsman, is present in the batters’ category.

The USA team will be a perfect competitor for the Oman team on the pitches in Nepal.