Australia is the fastest to 100 Test wins while England is the first.

New Zealand ended India’s 7-match winning streak in the World Test Championship. By registering a 10-wicket victory in the first of the two Tests, they have only just taken a 1-0 lead. This Test was special for them in many different ways. The Wellington game was the 100th Test match for their veteran cricket Ross Taylor. He became the first player to play 100 games in each of the three formats. Moreover, to make things even more special, New Zealand has also registered its 100th Test win.

But, New Zealand is the slowest team to reach this milestone taking 441 games. Having made their first appearance in Test cricket in 1930, the Kiwis have taken nearly 90 years to get there. They are the seventh team to get to 100 Test wins and the team with the worst W/L ratio. Out of a total of 441 matches, the Kiwis lost 175 and thus their W/L ratio is 0.571. They also witnessed 166 draws while none of their games finished in a tie. 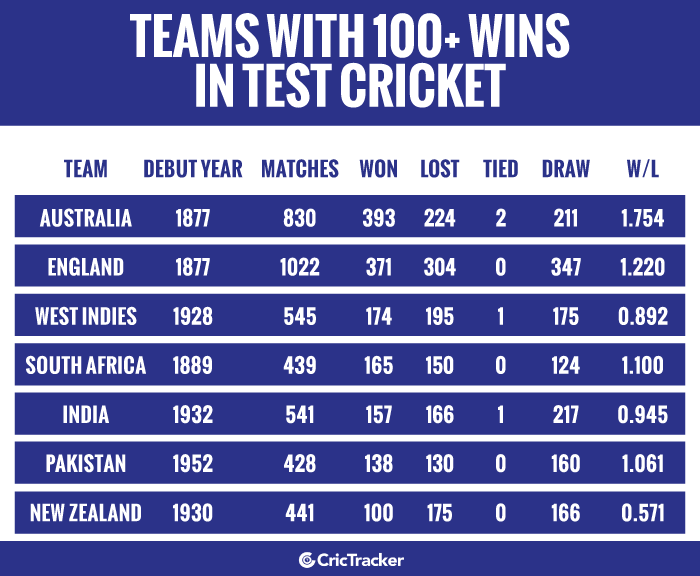 South Africa and Pakistan are the only two teams apart from the above mentioned who have won more games than they lost. They took 310 and 320 games respectively to win 100 Tests. The Proteas made their first appearance in 1889 and featured in 439 games. They finished with wins on 165 occasions while they lost 150 matches. Pakistan, on the other hand, made their debut after independence in 1952 and played 428 games till date. The side won 138 games while they lost 130 matches.

Number of matches teams have taken to complete 100 Test wins: 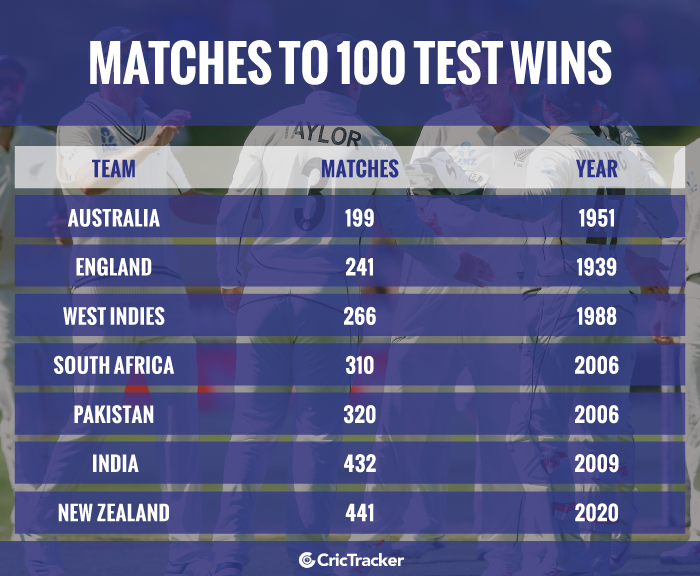