The two-match Test series between Bangladesh and New Zealand is scheduled to get underway tomorrow at the Seddon Park in Hamilton. The visitors had a horror run in the three-match ODI series as their bowlers came under the cosh courtesy of some belligerent batting by the Black Caps. Going into the red-ball fixtures, the Tigers don’t have much to rejoice by any stretch of the imagination.

In 13 Tests against the Kiwis, Bangladesh are yet to win a match. Moreover, they lost all their previous seven Tests on New Zealand soil. The Tigers’ also have some injury concerns as the likes of Mushfiqur Rahim and Shakib Al Hasan developed injuries. The Black Caps, on the other hand, must be oozing with confidence after the resounding campaign in the white-ball matches earlier this month.

The first game of the 3-match Test series between New Zealand and Bangladesh will be hosted by the Seddon Park in Hamilton.

The track is expected to be green and the team, batting first will have a tough task ahead of it. 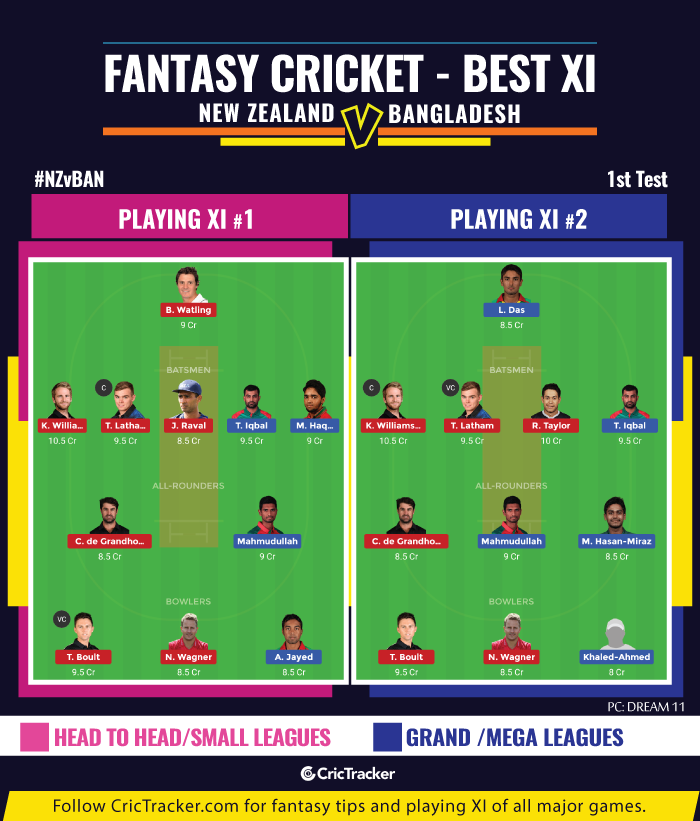 Filling the team with players from New Zealand won’t be ideal. If the Bangladesh bowlers fail to take wickets, not more than the top four will score big runs.

New Zealand are likely to win the encounter.