Laura Wolvaardt did well in the series opener, who scored 33 runs. She can be a promising pick for any Dream11 Fantasy side.

The 2nd of the 5-match T20I series between New Zealand Women and South Africa Women will be played at Seddon Park in Hamilton.

New Zealand Women got off to a great start as they managed to pull off a brilliant victory in the opening game of the T20I series. Sophie Devine smacked a good half-century and Rachel Priest also contributed well with the bat. The duo will again have to come up with a similar performance in the 2nd T20I. In bowling, Amelia Kerr and Leigh Kasperek bowled well for the side in the first game and showed some glimpses of their good form with the ball.

South Africa women suffered their first defeat on their tour to New Zealand. They need to fill the voids in their line up going into the 2nd T20I. Proteas women will bank on their strong batting line up to get back on the winning track in the five-match series. Laura Wolvaardt, Nadine de Klerk and Mignon du Preez performances will play an important role in the outcome of the match.

The weather is expected to be patchy cloudy no chances of rain. The wind will blow at an average rate of 13 to 27 km/hr whereas the temperature will hover between 15 and 27 Degree Celsius throughout the day according to Accuweather.

The track at Seddon Park is expected to offer a good battle between bat and ball. Recently, the same ground hosted the 3rd T20I between India and New Zealand in which both the sides managed to go past the score of 170 runs in their innings. Also, the side batting first at this venue will have an edge as far as the stats of this ground are concerned. The bowlers will have to work quite hard to get wickets and the batters will be able to take charge from the beginning of the game.

Laura Wolvaardt did well in the series opener, who scored 33 runs. She can be a promising pick for any Dream11 Fantasy side. Sophie Devine will be an obvious pick for a fantasy team as she muscled 54 runs off 32 balls in the 1st T20I. Amelia Kerr will be vital with the ball in the upcoming contest. Suzie Bates is another player, who can come help the users in grabbing important credit points in dream team. 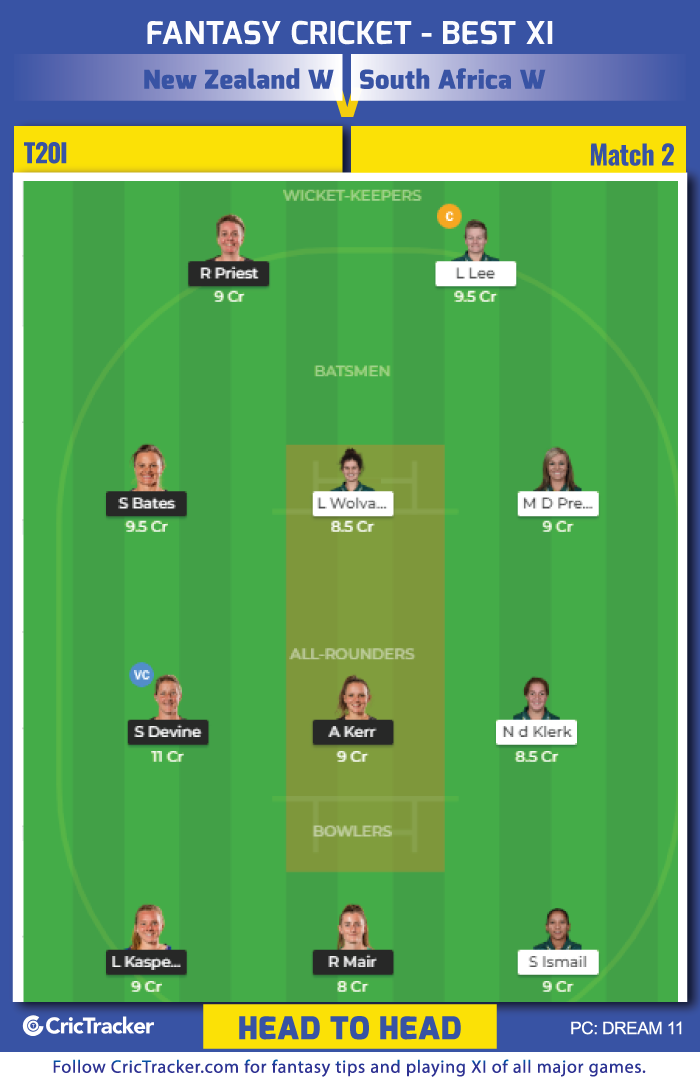 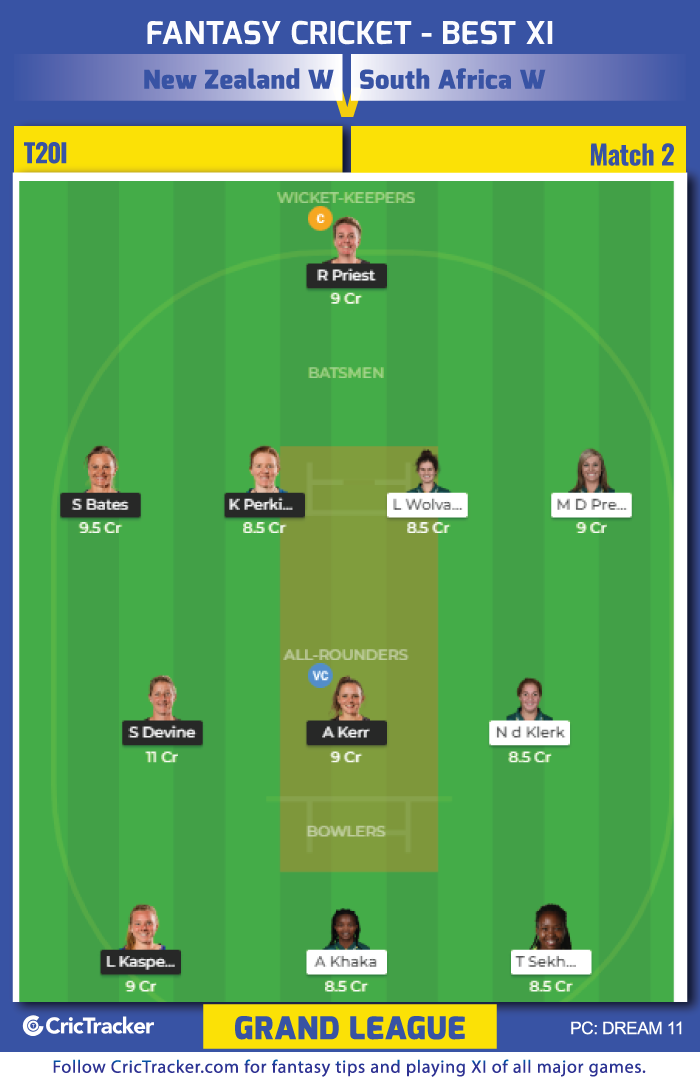 Lizelle Lee failed to replicate her ODI form in the T20I series with the bat. She scored only 17 runs before getting dismissed in the series opener. She would be eager to come up with some breakthrough performance in the upcoming clash. She can be a risky pick but will be worth for any fantasy team.

Dane van Niekerk, Sune Luus and Kapp didn’t play in the previous game. If any of these players are playing in the second T20I, pick them and potentially can make C or VC of your Dream11 Fantasy team as well. Wait for the playing XIs to be announced.

South Africa Women are expected to register a convincing win.