Jess Kerr made her ODI debut on Monday and picked up the wicket of Lizelle Lee.

The 3rd and last game of the 3-match ODI series between New Zealand Women and South Africa Women will be played at Seddon Park in Hamilton.

New Zealand Women lost yet another ODI series; this time the opponents are South Africa Women against whom they never lost a bilateral series in any format before. While the first ODI saw a devastating opening partnership while New Zealand were defending 260, the second game was all about Marizanne Kapp’s bowling spells. She picked a 4-wicket haul and helped the visitors to win the match by 8 wickets. The last game of this 3-match ODI series will be played at the Seddon Park in Hamilton before the T20I series starting on Sunday.

The NZ-IND T20I was played under overcast conditions but the Women’s ODI on Thursday could witness sun coming out.

Only one Women’s ODI has been hosted at this venue in the last 10 years – Between New Zealand and India last year. The match was played on a pitch used for Men’s ODI a day before on which the Indian team were bowled out for 92. The Indian Women made only 144 batting first in the following game. The match on Thursday is likely to be played on the surface used for the T20I. If then, we might see slow bowlers and spinners get assistance as the track looked bit slow with the softer ball.

The domination of the pacers and top-order didn’t let Dane Van Niekerk put an impactful performance with both bat and ball. However, when the team is in need, she could be the first one to rescue them with a special performance. Amelia Kerr too hasn’t had great performances in both ODIs but is likely to be key on Thursday where she could be bowling on a slower track. Her elder sister Jess Kerr made her ODI debut in the previous match and picked up a wicket. In current form, she could be picking up a couple of wickets if they bowl first. Marizanne Kapp could well run through the home team if the Seddon Park will be under overcast conditions. The 4-fer in the previous match was only her 4th in this format. 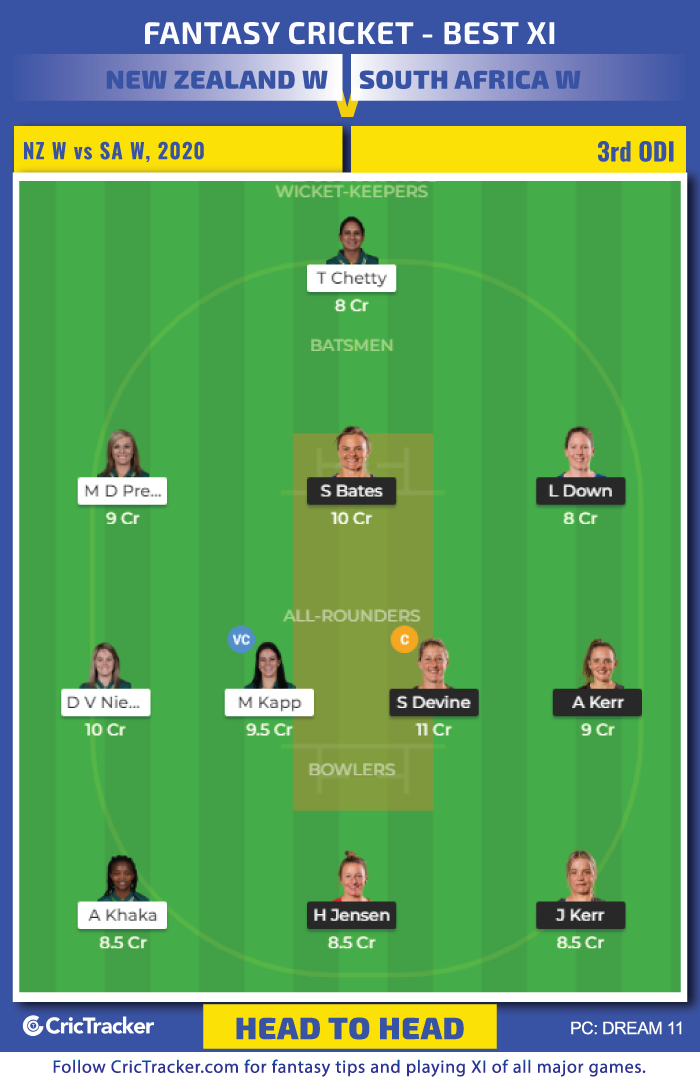 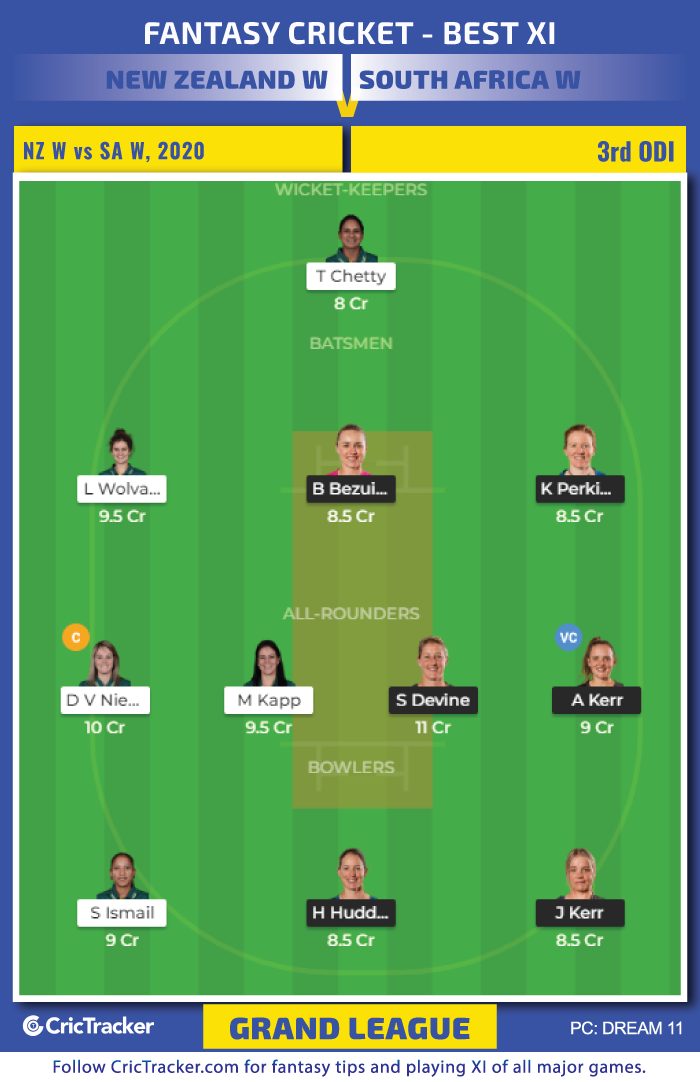 Over the last two years, New Zealand Women won only two matches in the ODI championship; both after losing the respective series. In both those matches, the senior players Suzie Bates and Sophie Devine came to the part with the bat. Hence, we can expect a special all-round effort with from Devine who is looking for her maiden ODI win as captain.

New Zealand Women are expected to register a consolation win.