Sophie Devine is in red hot form with the bat. She has scored two consecutive fifties against South Africa Women.

The 3rd of the 5-match T20I series between New Zealand Women and South Africa Women will be played at Basin Reserve in Wellington.

South Africa Women have certainly struggled in the T20I series against New Zealand Women. The visitors have suffered back to back defeats in the shorter format. They are on the verge of losing the series and will have to do something exceptional to mark their comeback. The Proteas women have struggled due to the sudden dip in the form of their star players, who have so far failed to pull off good knocks with the bat.

Their top-order that comprises of Lizelle Lee, Laura Wolvaardt and Nadine de Klerk is expected to come up with some definite knocks that might help their side in making their comeback against New Zealand Women. The hosts will look to take an unassailable lead against the visitors by winning the 3rd T20I.

They have all their bases covered in the bowling and batting department. Sophie Devine is in red hot form, who has scored two back to back fifties against South Africa Women. She would be expected to replicate her form in the upcoming game as well.

The Sun and the clouds will have a tough fight to outclass each other on the match day. The wind will blow at a rate of 15 and 32 km/hr whereas the temperature is expected to deviate between 13 and 20 Degree Celsius throughout the day according to Accuweather. The bowlers will get a soothing atmosphere to bowl.

The track at Basin Reserve is expected to go in the favour of batsmen in the first half of the game with bowlers having their say in the latter half. In this season of Super Smash, the batsmen managed to smash bowlers across the park in the first innings. And, in the second half bowlers made the batters struggle for every single run. It is expected to offer a good battle between bat and ball that can turn out to be an enthralling contest for the fans. As per the stats, the side winning the toss will look to bat first to be on the safer side.

Average 1st innings score: 173 (Games played in this season of Super Smash at this venue)

Sophie Devine is in red hot form with the bat. She has scored two consecutive fifties against South Africa Women. She will be an obvious pick for any Dream11 Fantasy. Rachel Priest is another vital pick for any fantasy team, who can well contribute with the bat on her best days. Mignon du Preez and Laura Wolvaardt are the other players that cannot be ignored while pocking a fantasy team. 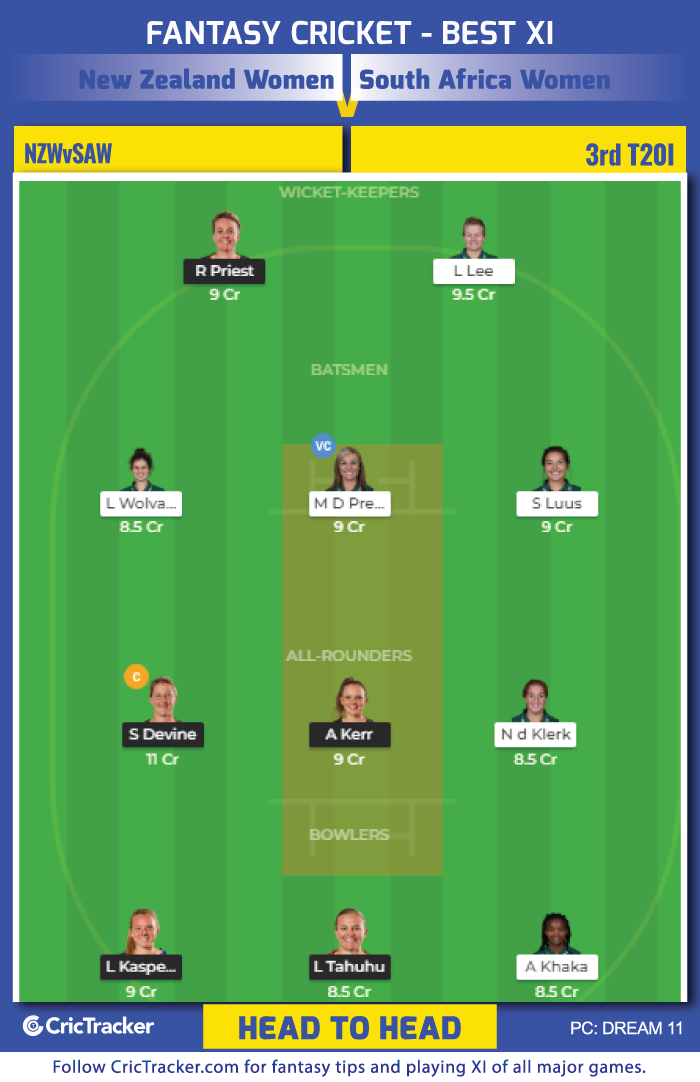 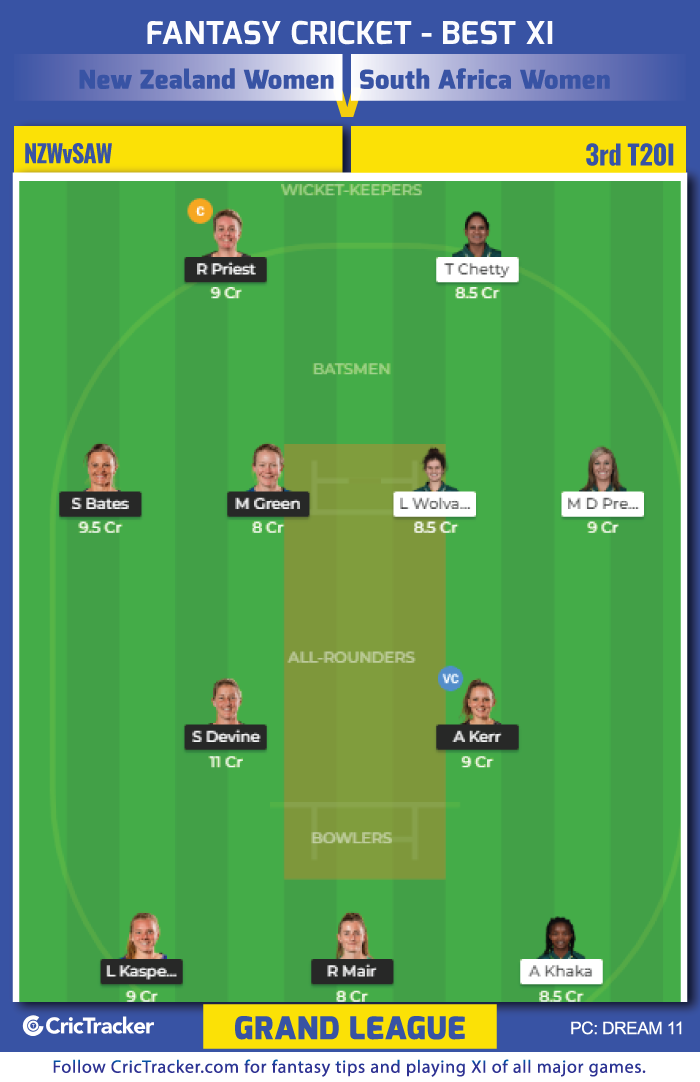 On a good wicket that can offer balanced support to the bowlers and batters, the users should go with a team combination of two wicketkeepers, three batters, three all-rounders and three bowlers.

South Africa Women are expected to register their first win in the T20I series against New Zealand.