It's a must-win game for both sides considering their position in the standings.

Northern Brave Women will be up against Auckland Hearts Women in the 18th match of the tournament. Northern Brave Women have played only 3 full matches in this tournament, where they have managed to win only one and the other two were washed out due to rain. They are currently placed at the 5th spot in the standings with 8 points. They need to find ways to win matches.

Auckland Hearts Women are in complete trouble, having lost all  3 matches in this tournament. They batted quite well, but bowling wasn’t up to the mark. They are placed at the bottom of the standings with no points in their bank.

It’s a batting-friendly surface with equal help for the bowlers. It’s quite difficult to pick wickets once the batters are fully set. Anything over 230 is hard to chase here.

Kate Anderson has struck 130 runs in 3 matches in this tournament which is the most for Northern Brave Women. She has also picked up 2 wickets at an economy of 5.18.

Nensi Patel has done a commendable job with both bat and ball in this tournament. In 3 matches, she has scored 107 runs at an average of 53.5 and has also picked up 3 wickets.

Including one century and a half-century, Lauren Down has scored 206 runs in 3 matches so far in this tournament at an average of 68.66.

Holly Huddleston always gives her best for the side. In 3 matches in this tournament, she has scored 91 runs and has picked up 2 wickets as well. 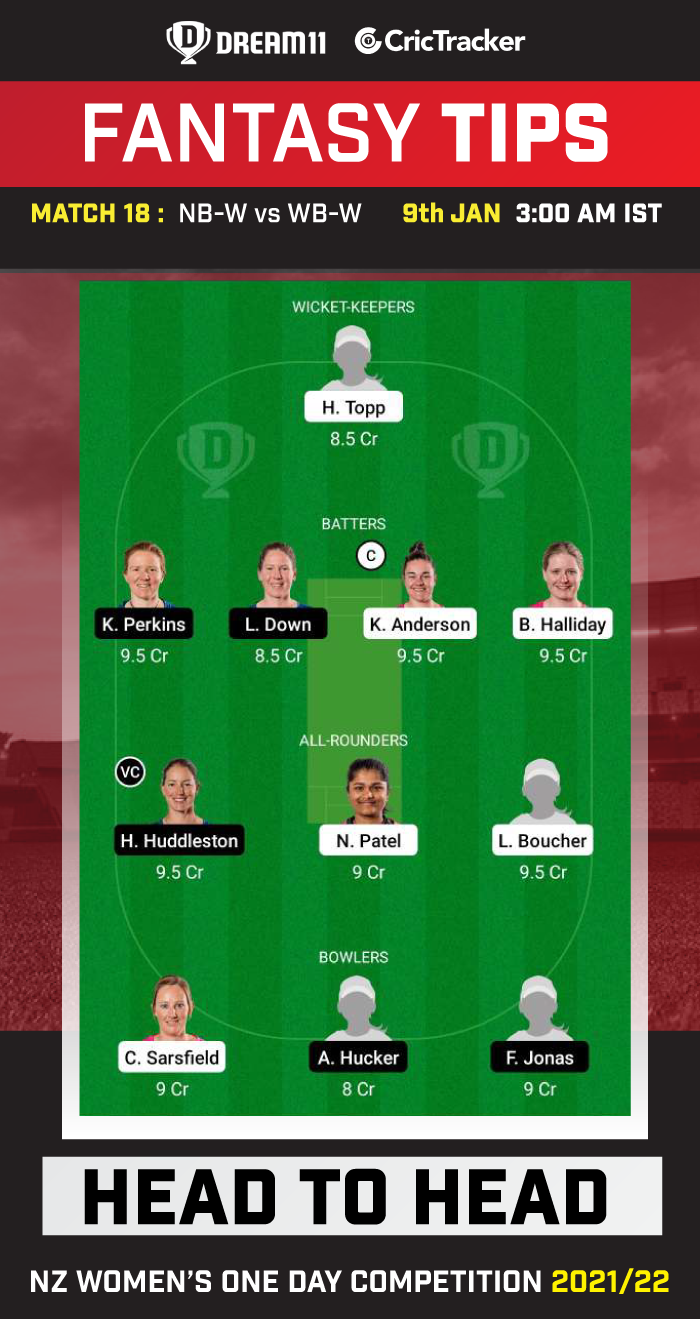 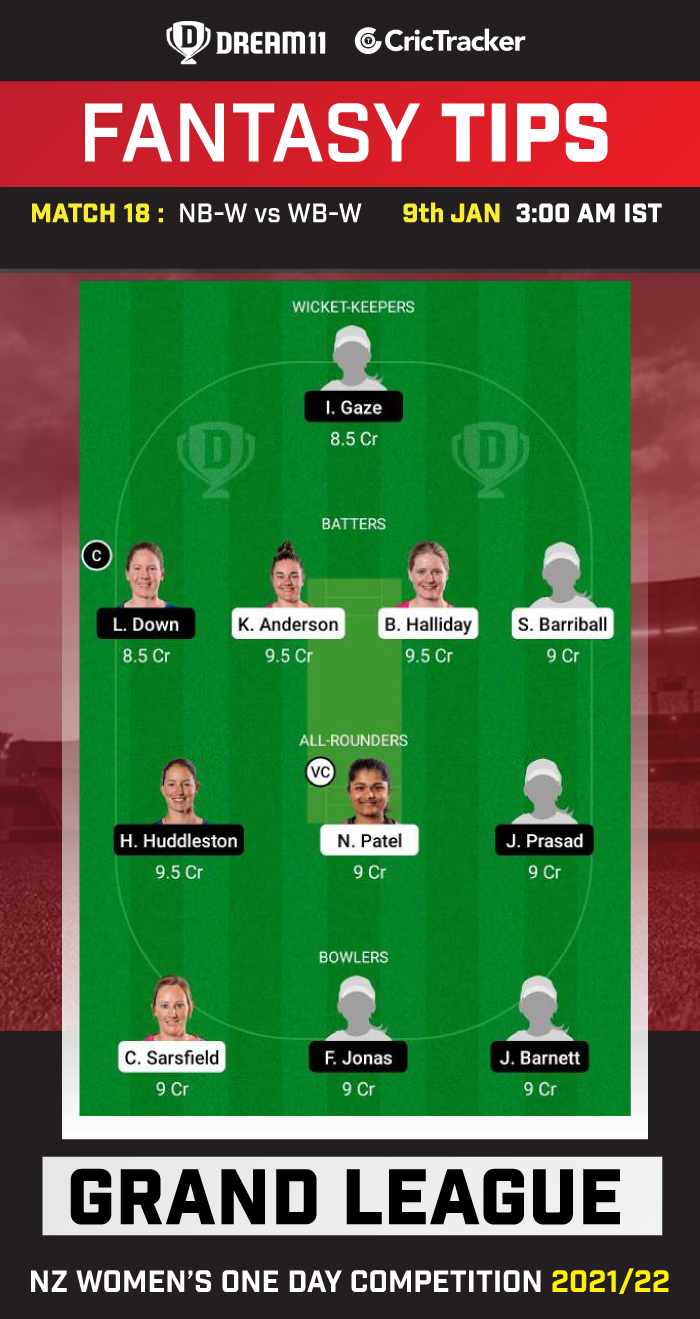 Auckland Women are expected to win this match.