Andy McBrine has been leading his side from the front in this series so far.

The 5th match of the Ireland Inter-Provincial ODD 2021 will be played between Northern Knights and North-West Warriors at Civil Service Cricket Club, Stormont, Belfast on 18th May.

The match will start at 3:15 PM IST and will be streamed live on the YouTube channel of Cricket Ireland.

Northern Knights are all set to take on the North-West Warriors in this fifth match of the Ireland Inter-Provincial ODD matches 2021. Both the teams have played two matches in this tournament and have shown their capabilities. Northern Knights started their campaign with a 70-run loss. However, they came back strongly and managed to defeat Leinster Lightning by five wickets, when they chased the target with 37 balls to spare.

On the other hand, the North-West Warriors also started their campaign with a loss against Leinster Lightning by six wickets. They made sure they turned around the fortunes, with a five-wicket win over the Munster Reds when there were 69 balls to spare.

Captaincy Picks for NK vs NWW

Paul Stirling without a doubt is the most experienced player which this team has. On top of that, there is an incredible record on his back. In the previous match, he showed class when he scored 64 runs from 26 balls and was seen in his destructive best. In the two matches, he has scored 81 runs.

Andy McBrine has been leading his side from the front in this series so far. He has scored 70 runs in the two matches so far of the tournament. In addition to this, he has also taken three wickets in those two matches. 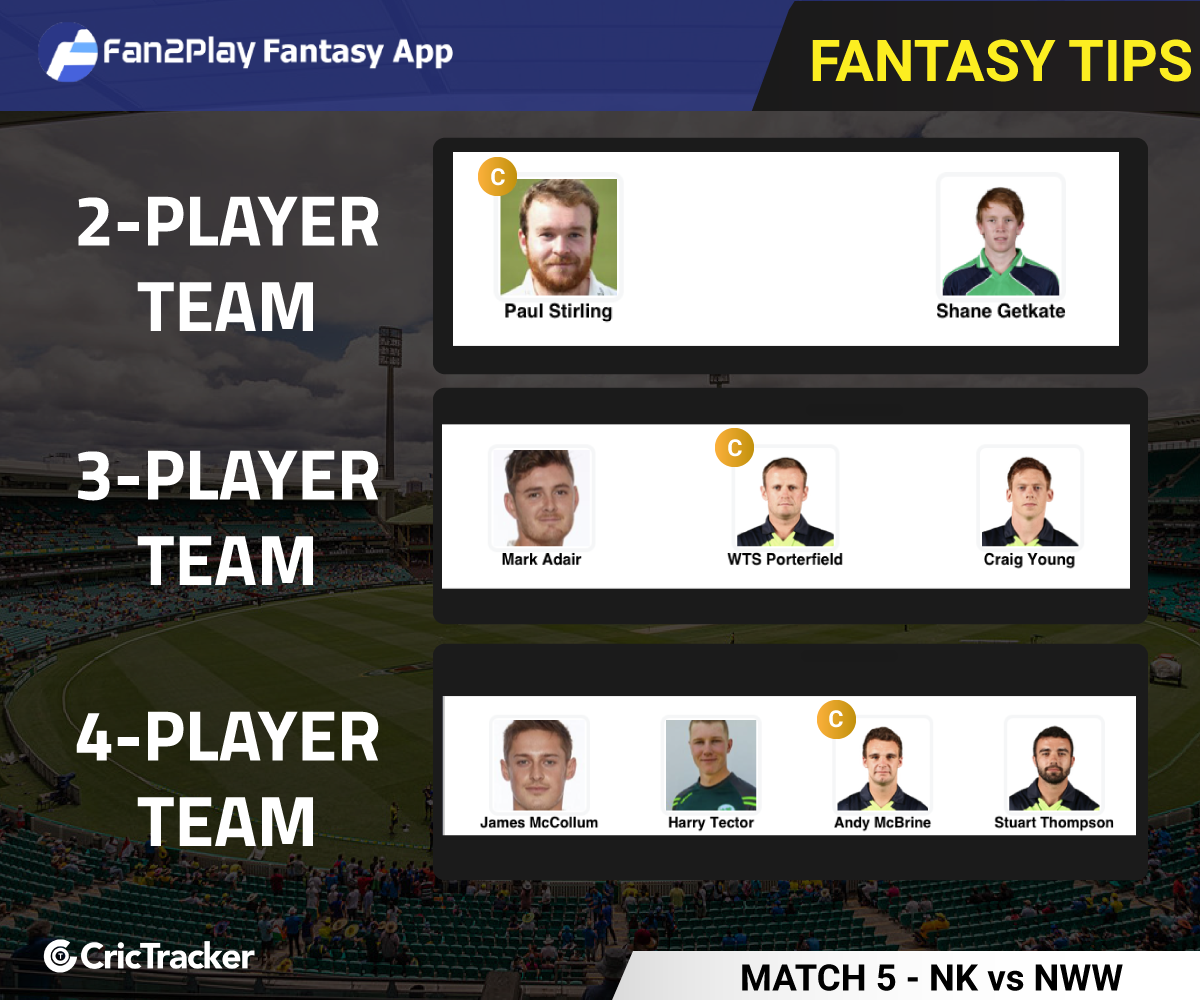 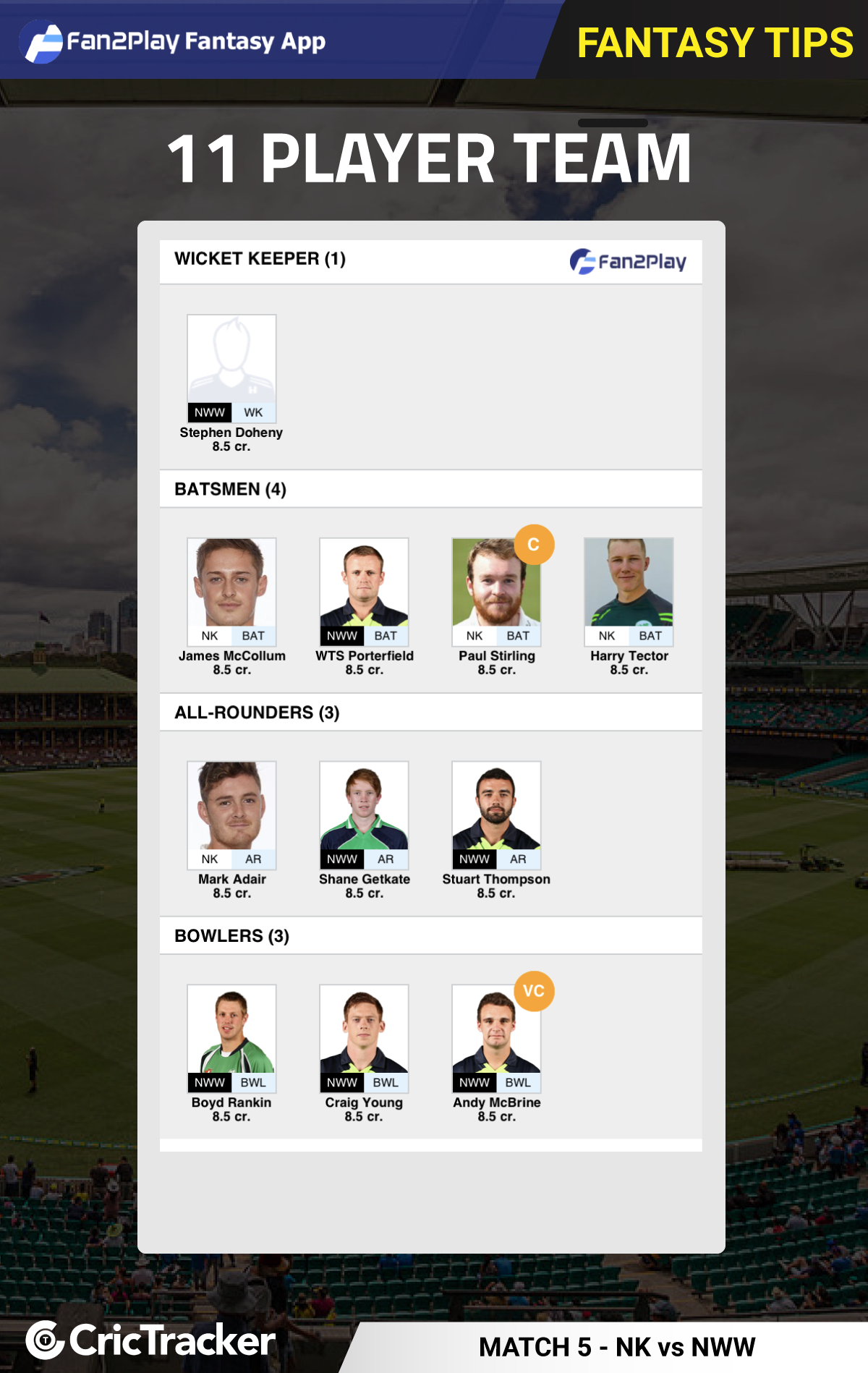