Central Punjab are expected to get their revenge on Northern.

The 21st match of the Pakistan One Day Cup will be played between Northern and Central Punjab at United Bank Limited Sports Complex, Karachi on Wednesday.

This match is scheduled to start at 09:30 AM Local Time (10.00 AM IST) and could be streamed live on PCB’s YouTube channel.

Northern and Central Punjab are all set to face each other for the second time in the ongoing competition. In their first meeting, Northern were asked to bat first and they posted a mammoth total of 382 runs on the board. After some brilliant shows with the bat, Northern continued to dominate with the ball as well. In the second innings, they restricted Central Punjab for 228 and won the game by a huge margin of 154 runs.

However, Central Punjab are coming to this game with momentum on their side. They have won all of their last 3 games and are placed at the 4th spot, just behind Northern in the points table. Hence, we can expect a tough battle between these two teams, who will be desperate to grab the two invaluable points which are up for grabs,

The weather at Karachi is forecasted to be clear with no chance of precipitation. The temperatures will be hovering around 19-24 Degrees Celsius range.

The track at this venue is a neutral one, where bowlers will get a little bit of more assistance than their batting counterparts.

254 (Out of last five matches played in the league)

NOR vs CEP Top picks for Today’s Dream11 Match:

Tayyab Tahir is currently the second-highest run-getter of the league, having plundered 340 runs at an average of 68.

Tahir’s skipper Saad Nasim has contributed well with the willow, as he has amassed 268 runs at an average of around 45.

Ahmed Bashir has bagged 10 wickets in his six outings, which is the most by any bowler from Central Punjab.

Asif Ali is the only batsman from Northern to score more than 300 runs in the ongoing tournament. To add to that, he has an impressive strike-rate of well above 140s.

Umar Amin has added some valuable runs while batting in the top-order for his team. He has scored 228 runs and has the ability to play the role of a sheet anchor.

Hammad Azam can be a good captaincy pick for your Dream11 Fantasy team. He has picked up 8 wickets and scored 164 runs as well.

Suggested Playing XI No.1 for NOR vs CEP Dream11 Fantasy Cricket: 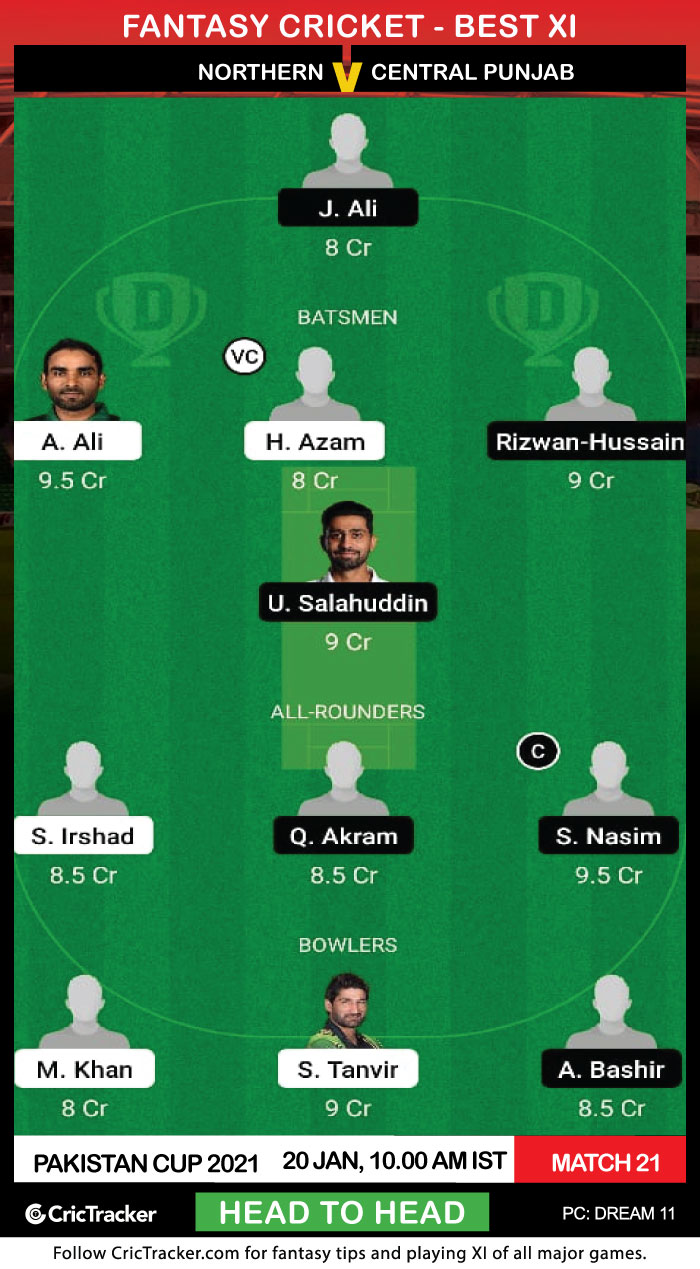 Suggested Playing XI No.2 for NOR vs CEP Dream11 Fantasy Cricket: 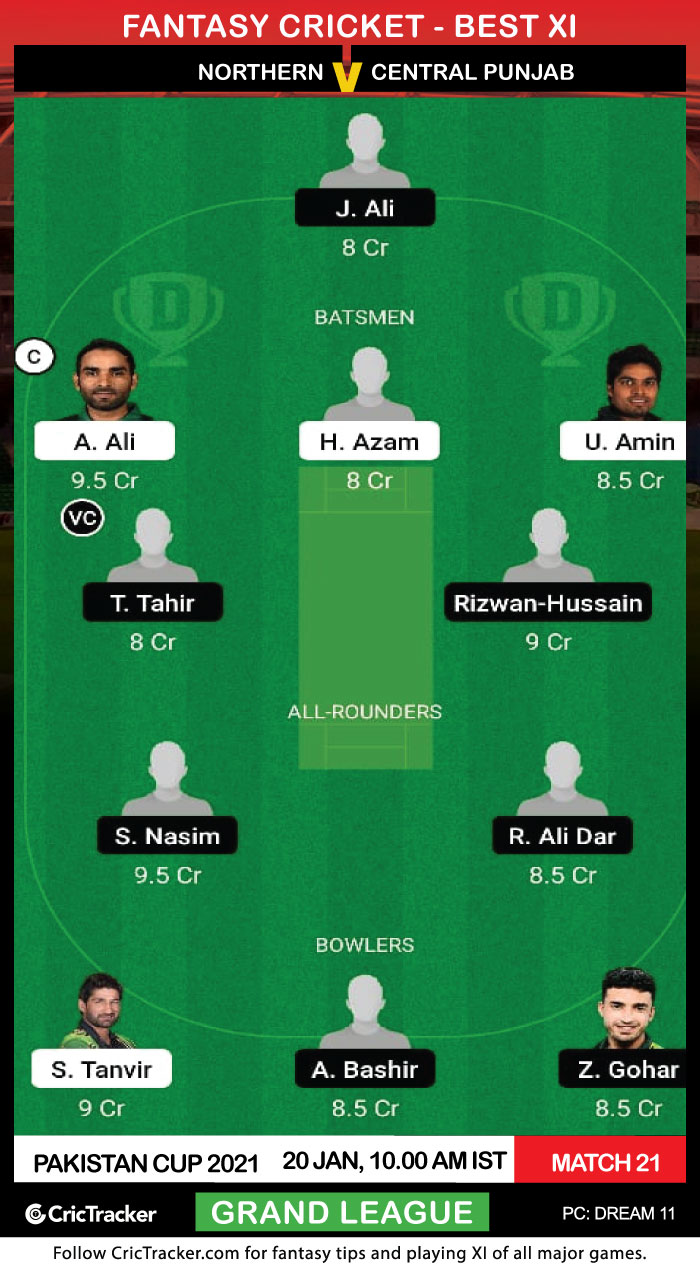 Hammad Azam is a talented player who can add points to your team with both the bat and the ball. He can be a decent vice-captaincy pick for your Dream11 Fantasy team.

Today’s NOR vs CEP Probable Winners: