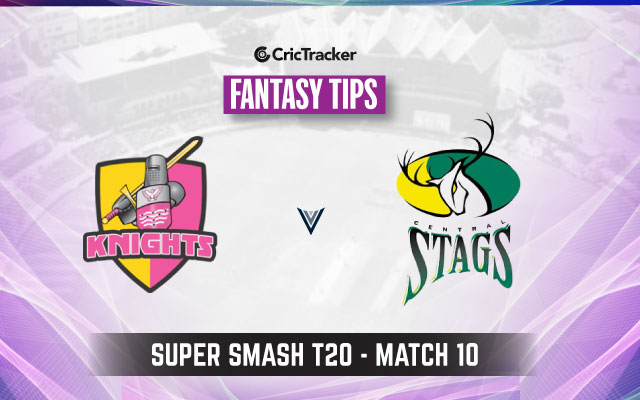 Its match no. 10 of the Super Smash 2010-21 and the Northern Knights will be up against Central Stags at the Seddon Park, Hamilton.

It hasn’t been the best of starts for Northern Knights in this Super Smash 2020-21 season. Losing all three of their games so far, they are in a spot of bother and desperately need a win if they are to turn things around. Having already lost to Central Stags in their previous encounter, they would want to dictate terms in their own backyard. Central Stags, on the other hand, have won two of their three games.

It is going to be a humid day in Hamilton with the chances of rain being 32 percent and the temperature will hover around 22 degrees Celsius.

The records suggest chasing has not been easy at this venue and teams would like to bat first.

Tim Seifert has been in good touch with the bat scoring 131 runs in 3 games.

Anton Devcich, the Northern Knights’ Captain, has mustered 125 runs at a strike rate of 183.82.

George Worker is the leading scorer this season so far with 177 runs to his name.

Josh Clarkson has amassed 133 runs from 3 innings at a strike rate of almost 180.

Suggested Playing XI No.1 for NOR vs CST 11Wickets Fantasy Cricket: 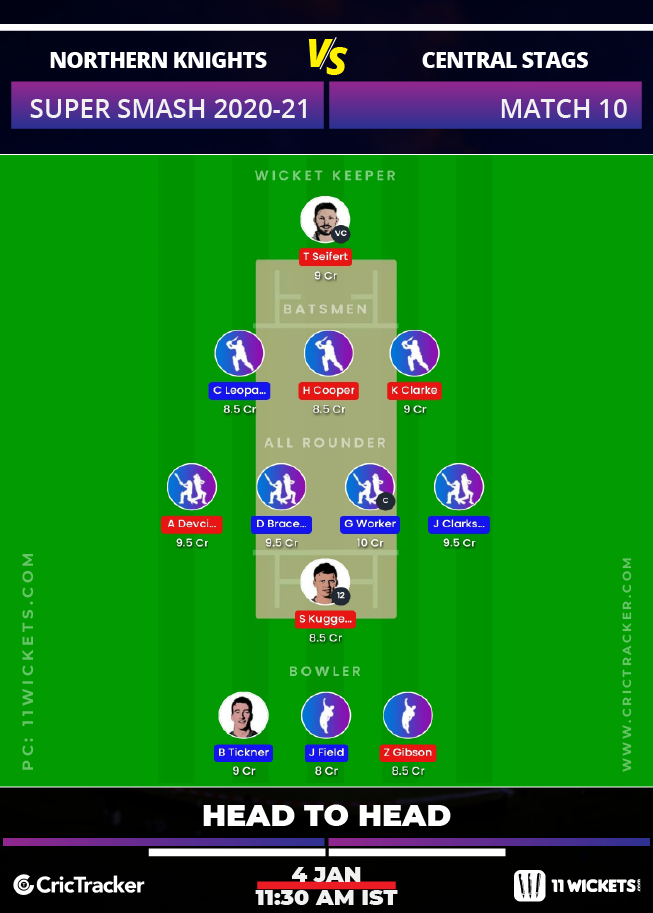 Suggested Playing XI No.2 for NOR vs CST 11Wickets Fantasy Cricket: 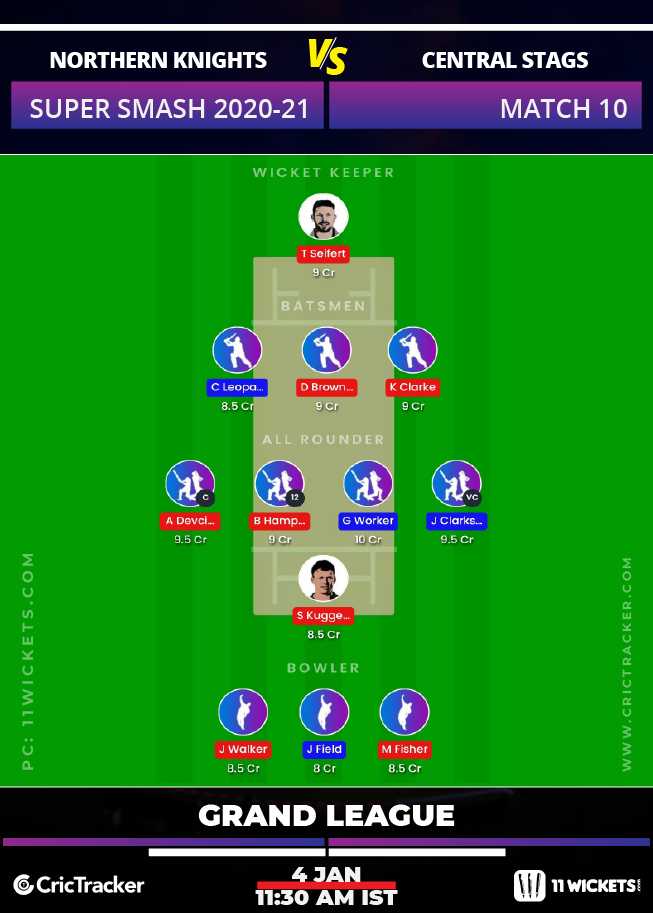 With some top-quality all-rounders playing this game, it is advisable to fill all 4 all-rounders slots for this match.

NOR vs CST Probable Winners: