George Dockrell is a good pick for captaincy.

North West Warriors will face off against the Leinster Lightning in the 11th match of the Ireland Inter-Provincial T20 league 2021. This match will be held at the Pembroke Cricket Club in Bready on Sunday (June 27).

This clash will begin at 03:00 PM IST and can be streamed live on Cricket Ireland’s YouTube channel.

North West Warriors are the firm favourites for this fixture. They are currently leading the team standings with three wins in four fixtures and would like to consolidate their top position. A win in this game would certainly help them in doing so.

On the other hand, Leinster Lightning’s campaign hasn’t been that fruitful as they have failed to get going. They kick-started the season on a grand note, defeating Munster Reds by seven wickets in their first game. However, they lost the plot after that and suffered three defeats on the trot. They are currently reeling at the rock bottom of the table.

Predicted Playing XIs for NOR vs LEI

Captaincy Picks for NOR vs LEI

Although Leinster Lightning haven’t been great this season, their skipper George Dockrell has impressed one all. The veteran all-rounder delivered in all three departments and would be raring to shine again. In four games so far, the southpaw mustered 104 runs at a brilliant strike rate of 140.54. Not only that, but he also has scalped three wickets.

Pace gun Craig Young will be the man to watch out for from the North West Warriors. The right-arm pacer has been miser in leaking runs and his happy knack of taking wickets makes him a captain’s delight. In fact, Young is currently the second-leading wicket-taker on the season, having scalped 10 wickets in five games. 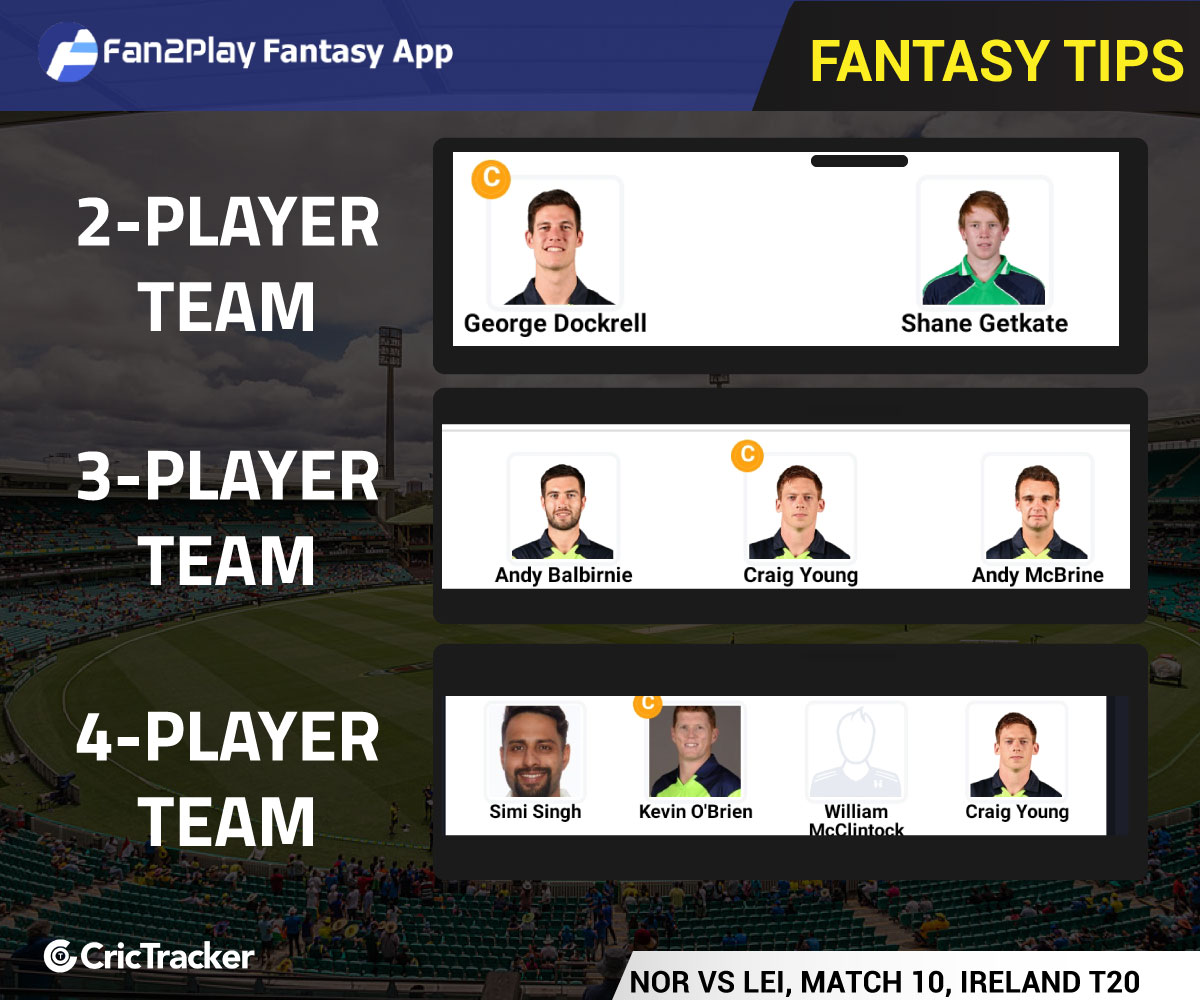 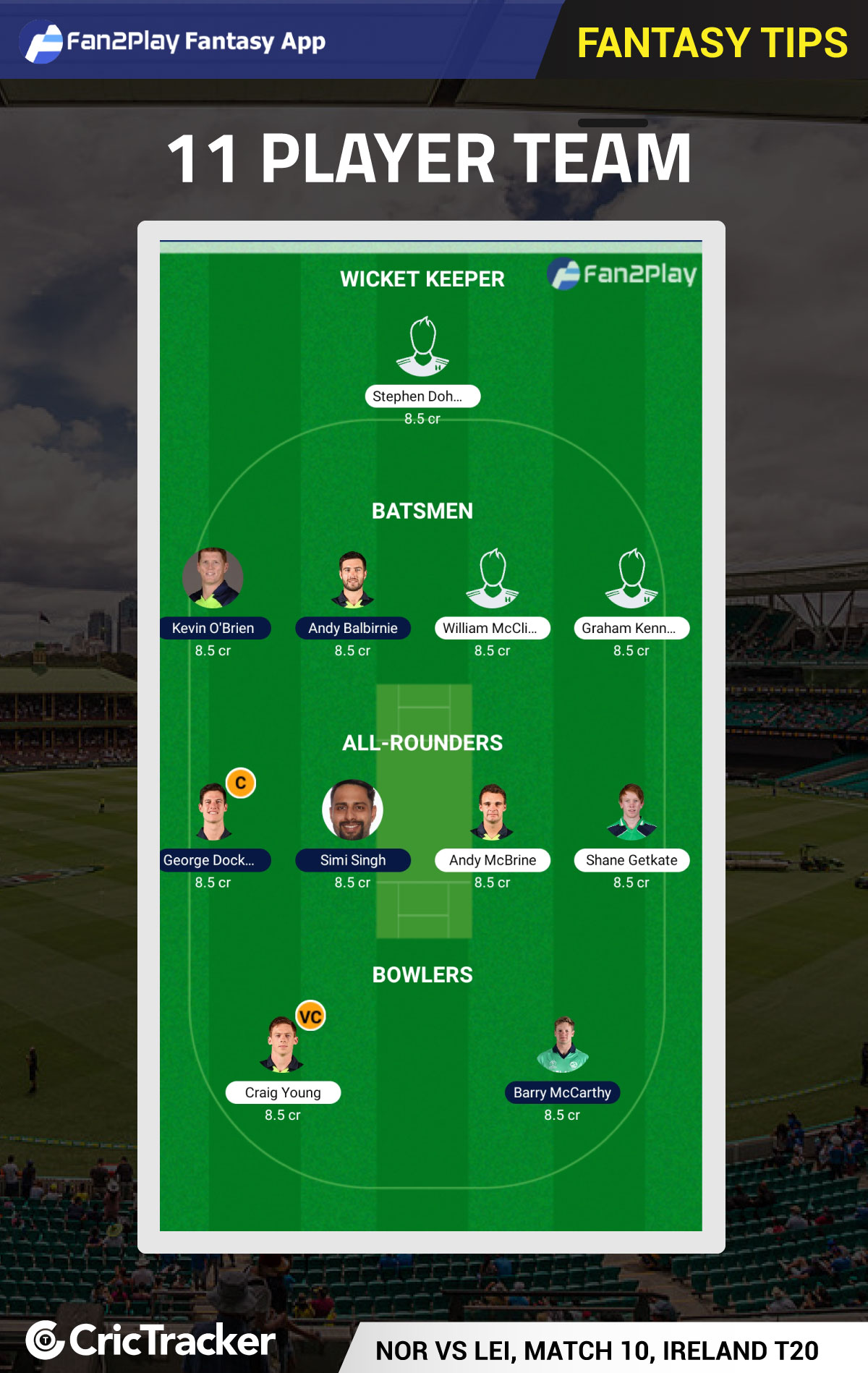