Andy McBrine is leading his team from the front in this competition.

In the upcoming match of the Ireland Inter-Provincial ODD series 2021, North West Warriors will be up against the Northern Knights. The Warriors have got off to a flying start in this competition. They have played three games and have won two of those matches.

Interestingly, one victory came against this very opposition, Northern Knights. The Knights have had a shaky start, as despite having played the same number of matches, they have won only one game. Hence, the Warriors will be the favourites for this match.

The track here in the Bready Cricket Club will help the batsmen. Batting second will be a good option here.

Also Read: ‘I was in the original expanded squad and then got told I just missed out’ – Cameron Green on snub from Australia’s limited-overs squad

Probable Playing XIs for NOR vs NKN:

Top Picks for NOR vs NKN Match:

Andy McBrine is leading his team from the front in this competition. He has scored 90+ runs and has also picked up 5 wickets.

Stuart Thompson hasn’t been as effective with the ball, but he is another player who can earn you points in both innings. He has scored 90 runs.

Jeremy Lawlor has been the most consistent player from the Knights. He has scored 200+ runs already in just 3 games.

Suggested Playing XI No.1 for NOR vs NKN 11Wickets Fantasy Cricket: 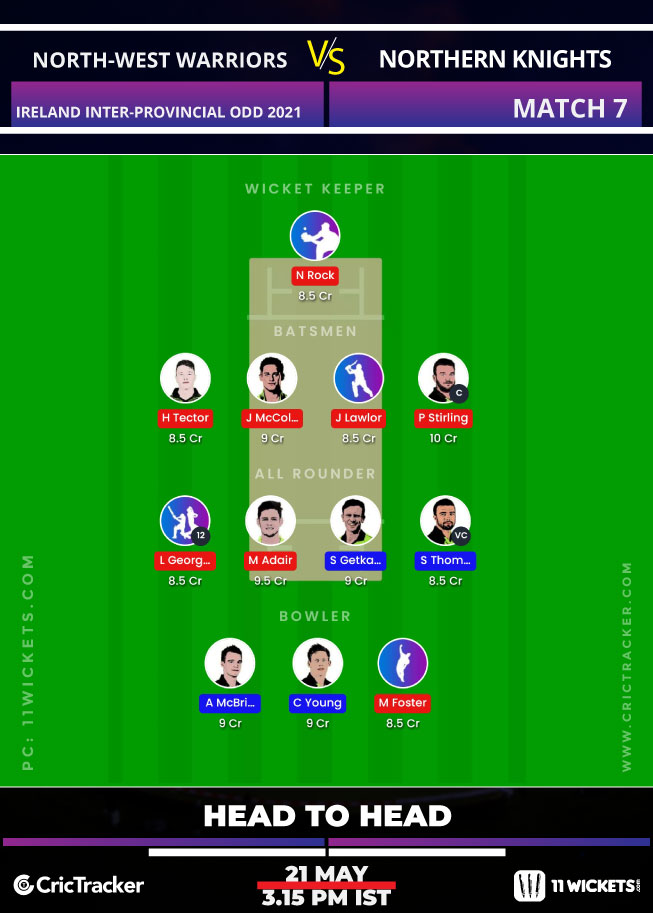 Suggested Playing XI No.2 for NOR vs NKN 11Wickets Fantasy Cricket: 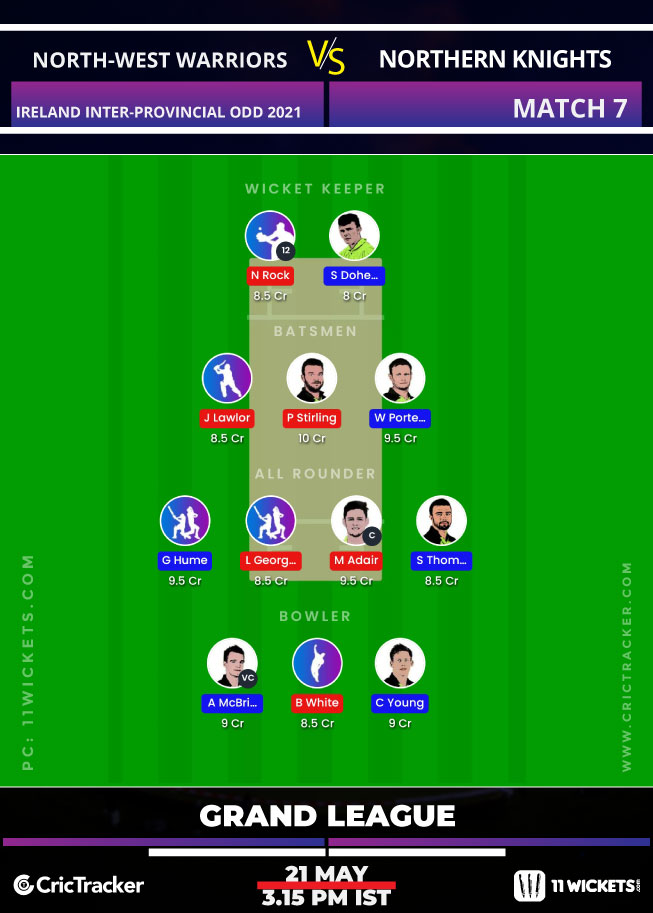