Alex Hales is a good captaincy option for this game.

Nottinghamshire will take on Durham in the upcoming North Group fixture of the Vitality T20 Blast tournament. This encounter will be played at Trent Bridge in Nottingham.

With eight wins in 13 games, Nottinghamshire are standing pretty at the top of the North Group points table and they would like to continue their sensational run. The Steven Mullaney-led side has performed collectively as a unit and registered one emphatic victory after another. However, they suffered a two-wicket loss against Leicestershire in their last assignment and Nottinghamshire would be determined to get back to winning ways.

On the other hand, Durham’s campaign hasn’t been that pleasant. They have blown hot and cold this season, and their position in the team standings speaks in all. Having won just five of their 13 games, the Cameron Bancroft-led side is sixth in the points table.

Predicted Playing XIs for NOT vs DUR:

Captaincy Picks for NOT vs DUR:

Arguably the most dangerous T20 opener going around, Alex Hales has been at the peak of his prowess this season. He piled up a mountain of runs as Nottinghamshire kept on winning. The dasher has so far mustered 428 runs in 13 games with his strike rate being just below 180. Hence, Durham bowlers must beware of him.

Veteran all-rounder Samit Patel is another player to watch out for in this contest.  The left-arm pacer tends to keep the scoring rate down and his happy knack of taking wickets makes him even more effective. If that’s not enough, Patel has also played several brilliant knocks. Coming to his numbers, the veteran has so far scored 271 runs and scalped 14 wickets. 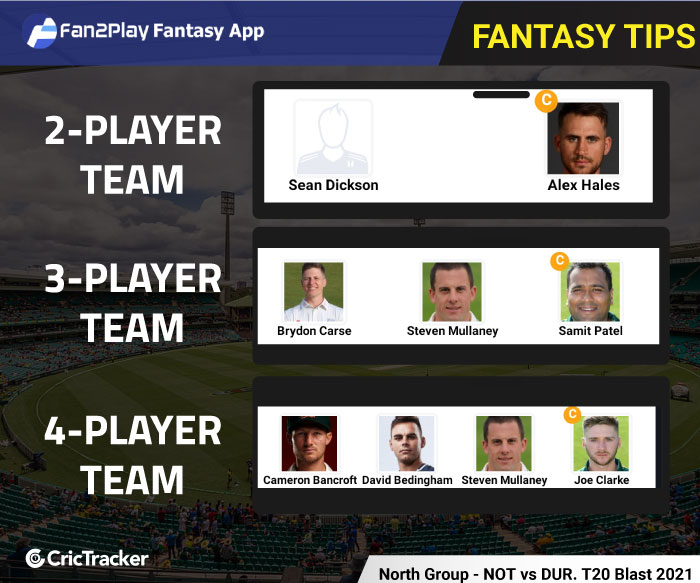 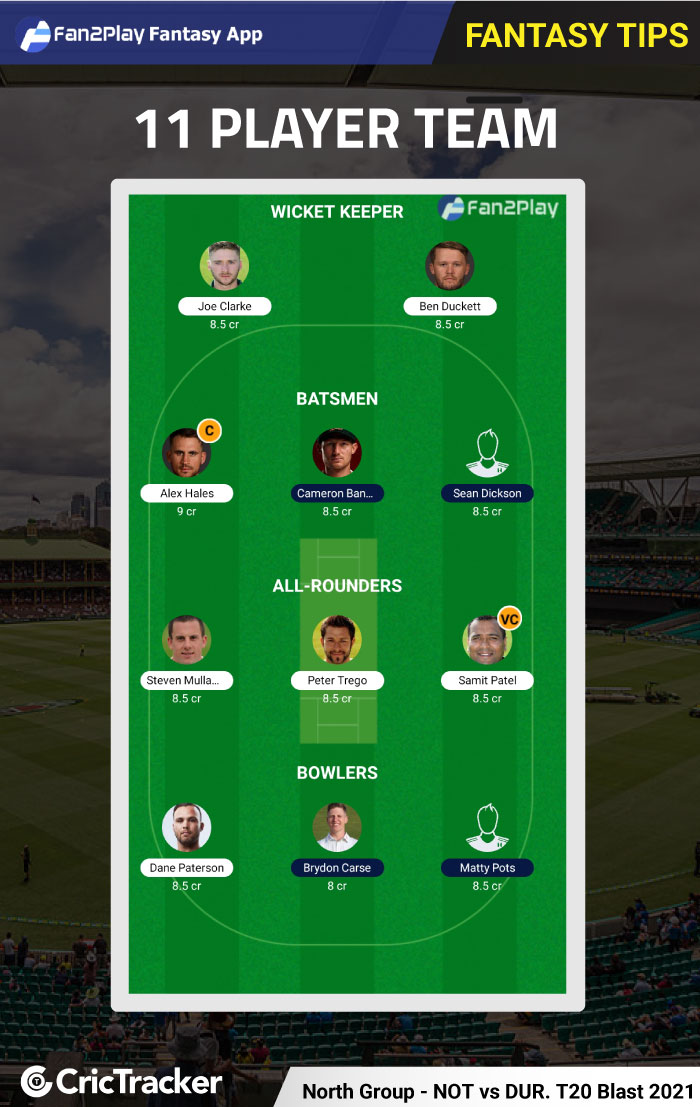