The 9th match of the Nepal One Day 2021 will be played between Nepal Police Club and Sudur Paschim Province at Tribhuvan University International Cricket Ground, Kirtipur on Sunday.

Both Nepal Police Club and Sudur Paschim Province have had difficult starts to their 2021 Prime Minister Cup campaign. The Sudur Pashchim Province started their campaign against the Bagmati Province, in a game where they came out second best in every department.

Bagmati Province won that game by 180 runs. Nepal Police Club also started their campaign against Bagmati Province, and just like their opposition, they too were handed a thrashing. The men from Bagmati defeated them by 7 wickets. Hence, coming into this game, both teams will be down in confidence but desperate for a win.

It will be a sunny day in Kirtipur tomorrow, with the temperature being around 8 °C during the morning,  but 16 °C at around 2 PM. There are, but negligible chances of rainfall.

The track here at Kirtipur has favoured the batsmen at the start of the game, but subsequently, it inclines towards the bowlers in the latter stages. Hence, it will be an interesting contest between the bat and the ball.

Arjan Sawad was Sudur Paschim Province’s highest run-scorer in the game against Bagmati Province. He scored 31 runs at a strike rate of over 110.

With the ball, Narayan Joshi was the most impressive player for Sudur Paschim Province. He picked up 3 wickets in his quota of 10 overs.

Sudur Paschim Province’s captain Santosh Bhatta also bowled well in that game. He provided his team with a couple of dismissals.

Kiran Thagunna batted well for his 24 against Bagmati Province. He was his team’s second-highest run-scorer in that game.

Dipendra Singh Airee did an all-round job for Nepal Police Club in the last game. He scored 21 runs and also picked up a wicket. 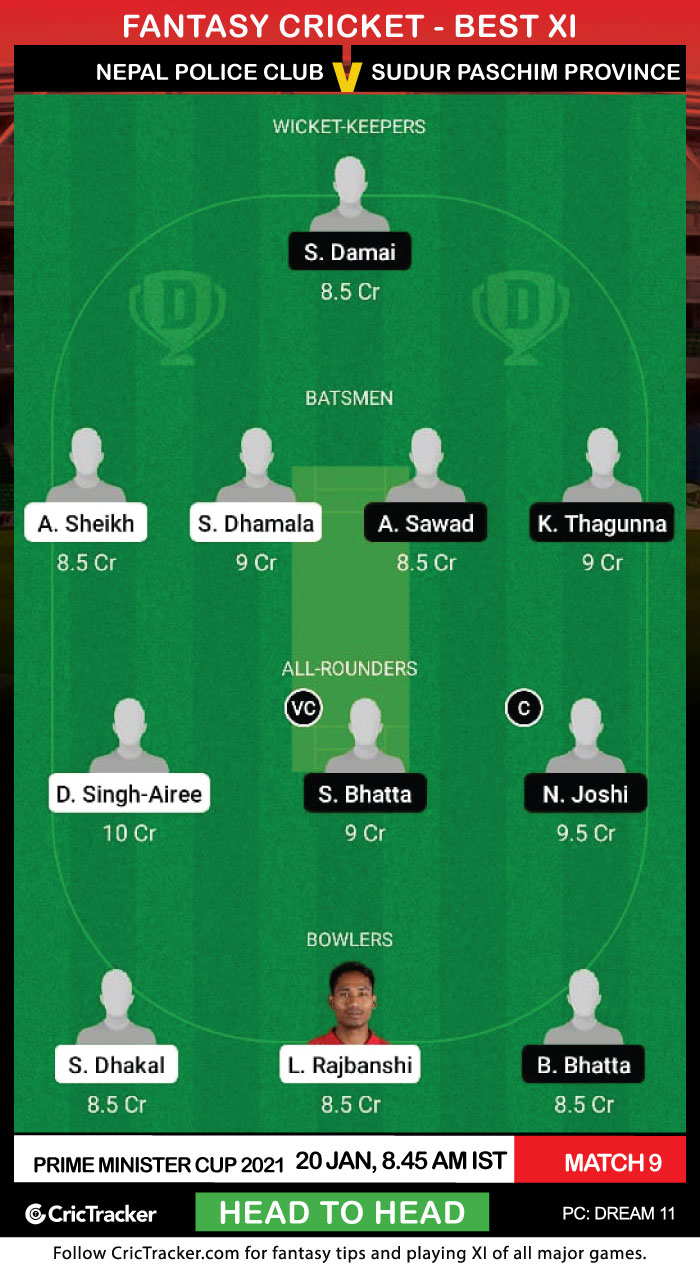 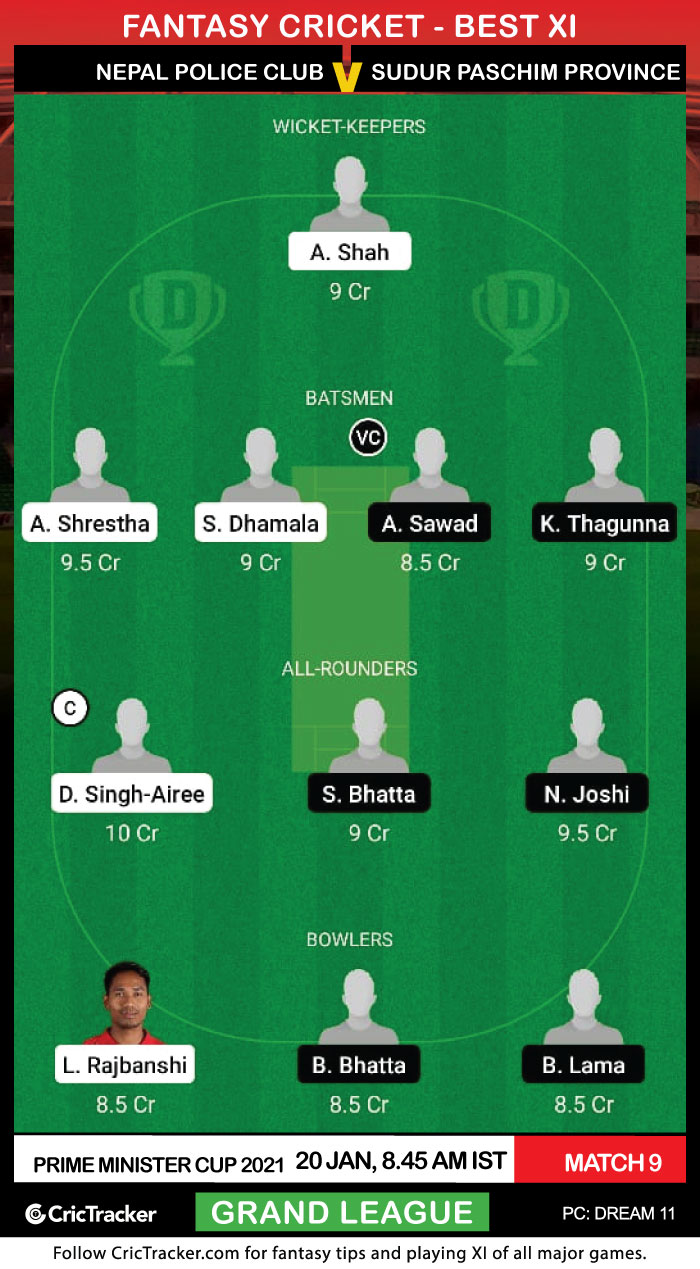 Both teams’ bowling departments failed to make a mark in the previous game. Hence, it will be wise to go with 4 specialist batsmen for both of your Dream11 Fantasy teams.

Sudur Paschim Province are expected to win this match.