Northern Strikers are expected to chase the first position by beating Southern Hitters.

The 12th match of the Malaysian Cricket Association T20 League 2020 will be played between the Northern Strikers and Southern Hitters at the Kinrara Academy Oval in Kuala Lumpur.

This match presents with the perfect opportunity for either of the teams to build up sufficient winning momentum before they head into the playoffs. The Northern Strikers have had a good run so far, registering 3 wins and a couple of losses. They are only behind Central Smashers and will look to get closer to the top spot on the table. They won by a comprehensive margin of 69 runs in their previous game against Western Warriors. They will look to continue their winning momentum.

Southern Hitters, on the other hand, are 2 points behind their opponents and will look to close in the gap. They have a lot to worry about when it comes to their bowling. They failed to defend 193 in their previous game against Central Smashers. While it does highlight their batting capabilities, their bowling is a weak spot and it is something that the Northern Strikers will look to exploit. It is going to be an interesting match-up between these two teams.

There is some cloud cover expected for the game, alongside some strong winds. The temperatures are set to be close to 30°C for the majority of the match.

The track at the Kinrara Oval has supported batsman but one cannot count the bowlers out. There is enough for the pacers and the ball has been turning as well. One can expect an even contest between the bat and the ball.

Average first innings score: 175 (Based on the last 5 games)

Syed Aziz has been in fine form with the bat for the Northern Strikers. He has amassed 246 runs from 5 innings at a brilliant strike rate of 159 and a staggering average of 49. The left-handed batsman will have a key role in deciding the outcome of this match.

Virandeep Singh has been the man for the Southern Hitters. He has got close to 189 runs from 5 innings but the strike rate has been a bit average at 128. Singh has shown great consistency. He has also picked up 8 wickets with the ball at an economy rate of 8.10 runs per over.

Anwar Rahman has been handling the bowling department for the Southern Hitters. He is the leading wicket-taker of the tournament with 12 wickets to his name. What is even more impressive is that the left-arm off-spinner has bowled at a very good economy rate of 7.20 runs per over.

Syazrul Idrus has been the leading wicket-taker for the Northern Strikers. He has picked up 9 wickets at a brilliant economy rate of 6.9 runs per over and will have a key role to play in the match on Sunday. 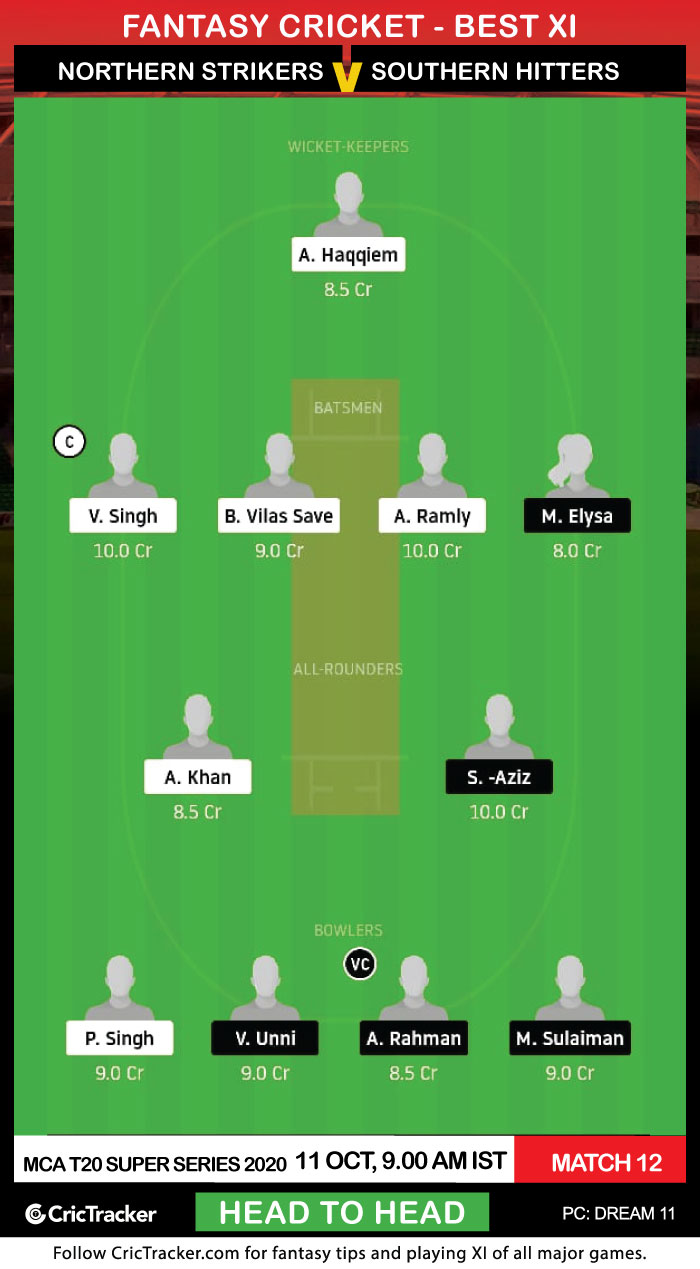 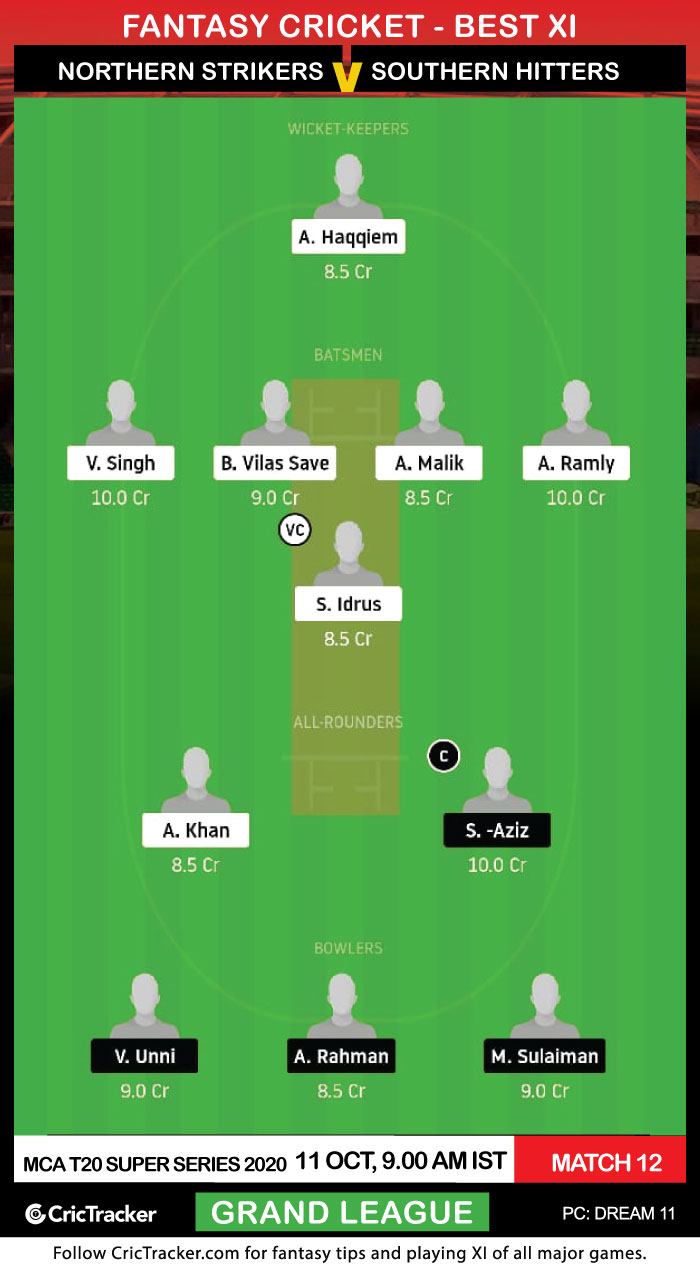 With the pitch having enough for both – batsmen and bowlers, it is advisable to have a good mix of bowling and batting options to maximize the points that you earn.

Northern Strikers are expected to take this match.