And McBrine and Mark Adair are captaincy options in 2, 3 and 4 Player Fantasy

The 7th match of the Ireland ODD will be played between North West Warriors and Northern Knights at Bready Cricket Club, Ireland.

This match will start at 3:15 PM IST and will be streamed live on Youtube channel of Cricket Ireland.

The ongoing Ireland Inter-Provincial ODD moves ahead as the North West Warriors and Northern Knights are set to face each other on Friday. In the previous face-off between the two teams, the Warriors won the game by 62 runs and will psychological advantage. The Knights, on the other hand, have won only one match out of three and need a good outing in this game.

Both teams will definitely be looking to add two points to their tally with a win in this game. The Knight will be more desperate given their situation in the tournament.

Captaincy Picks for NWW vs NK

Mark Adair is always known to shine with his all-round abilities. He has scored 73 runs at a good strike-rate so far apart from picking five wickets.

The skipper of the Warriors, Andy McBrine has done well with both bat and ball so far. He has mustered 93 runs in three innings and also accounted for five scalps. 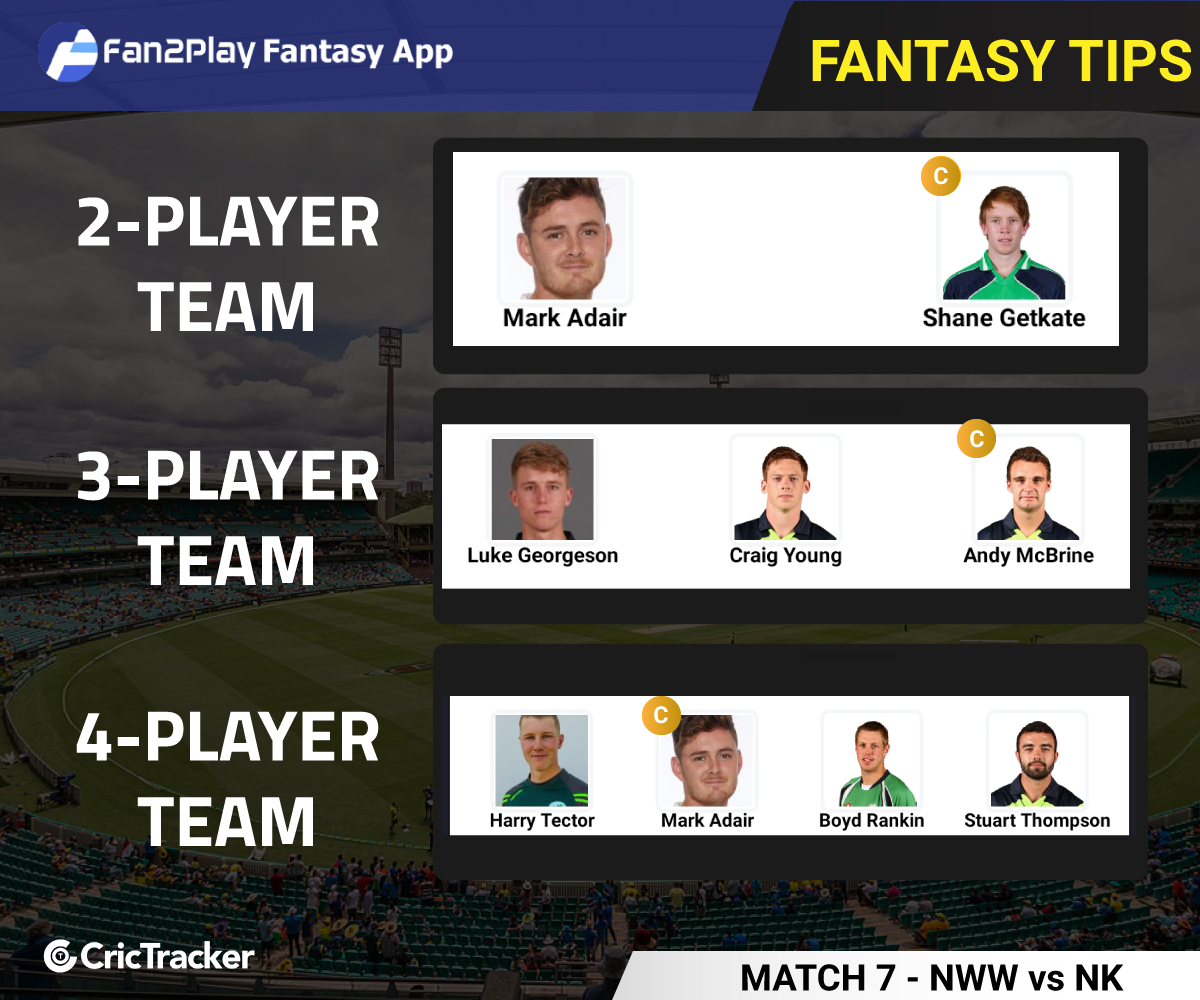 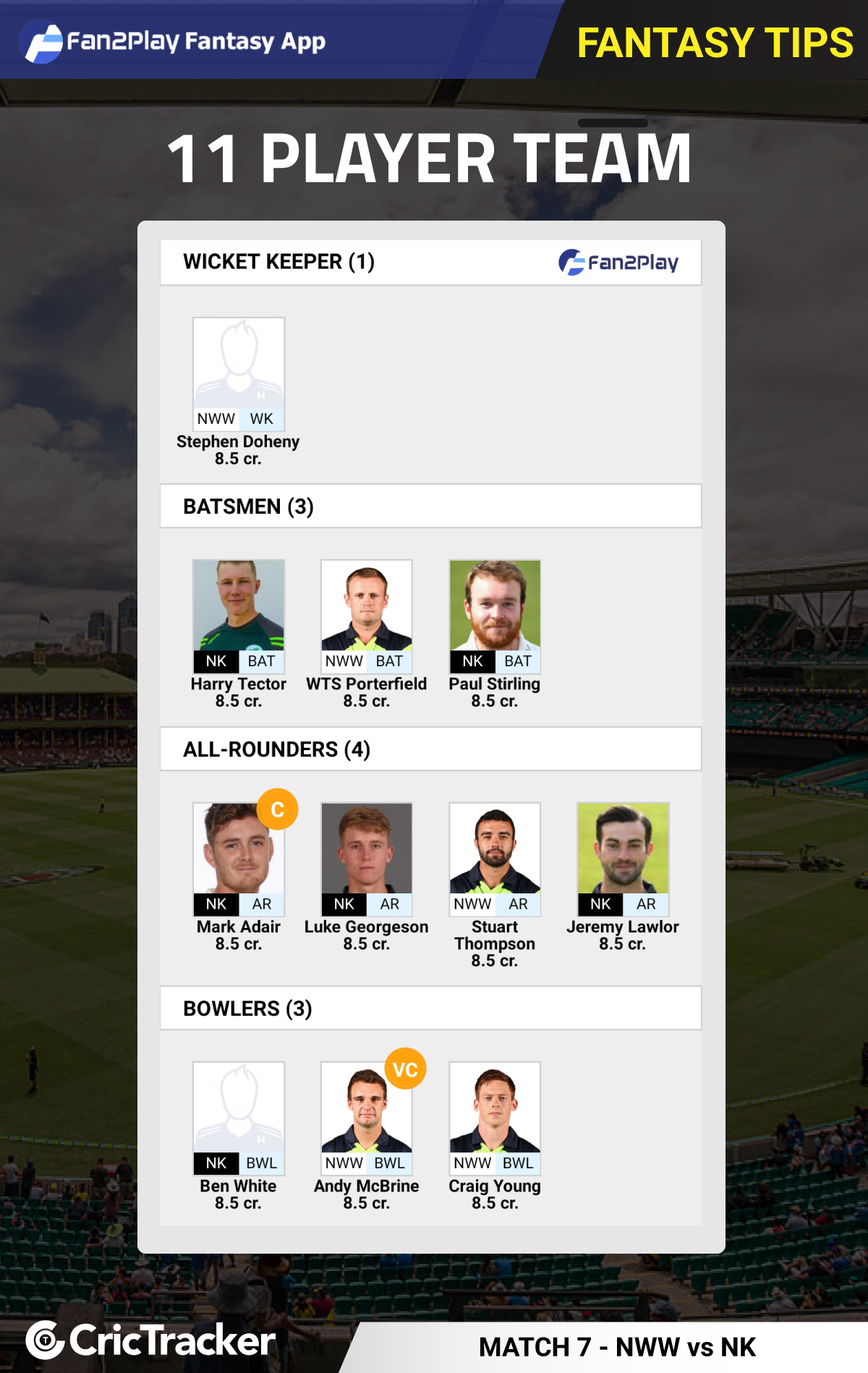