It's a perfect opportunity for New Zealand to avenge the 2015 World Cup final loss. 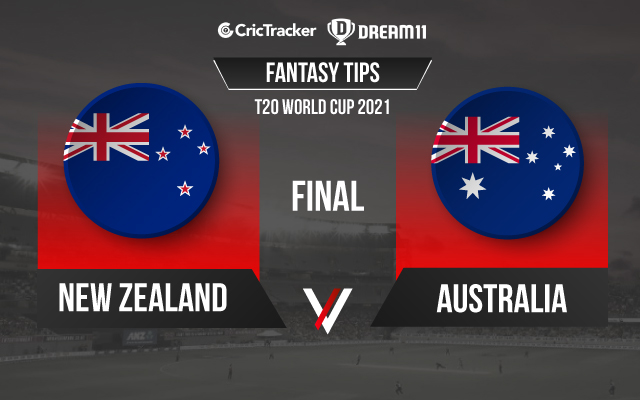 New Zealand will take on arch-rivals Australia in the final of the T20 World Cup 2021 on Sunday. Kiwis have reached the final for the first time in T20 World Cup and will be dreaming of lifting the cup. With some phenomenal batting display from Daryl Mitchell, New Zealand defeated favourites England in the first semi-final. They will be aiming for their second major ICC title this year. Devon Conway has been ruled out of the final with a hand injury.

Australia, on the other hand, were not the favourites to reach the finals, but they proved everyone wrong with some stellar all-round performances. Despite losing 5 wickets in the run-chase against Pakistan, the duo of Marcus Stoinis and Matthew Wade earned the Aussies a 5-wicket victory to cement their spot in the finals. Both sides are aiming for their first T20 World Cup title and we can expect a cracker of a contest between them.

I was inspired by Harbhajan Singh's famous spell against Australia in 2001: R Ashwin

Daryl Mitchell has become a household name after his match-winning inning in the first semi-final against England. His unbeaten knock of 72 runs from 47 balls took New Zealand to their first-ever T20 World Cup final.

David Warner was the main man behind Australia’s success in this World Cup. He has mustered 236 runs in 6 matches at an average of 47.2 and strike rate of 148.42.

Jimmy Neesham was the game-changer for New Zealand in the first semi-final against England. He scored quickfire 27 runs from 11 balls. He can be destructive at the death overs and has the ability to provide breakthroughs with the ball as well.

Marcus Stoinis has bowled only 3 overs in this World Cup so far, but he played an amazing knock under pressure in the second semi-final by scoring 40* runs from 31 balls.

Trent Boult was expensive in the semi-final game against England, where he went at 10 runs an over. He is still the leading wicket-taker for Kiwis in this World Cup with 11 wickets in 6 matches.

Adam Zampa is a special bowler in this format and has performed extremely well in this World Cup. He has scalped 12 wickets in 6 matches at an impressive economy of 5.69.

Matthew Wade played one of the best knocks of the tournament in the second semi-final against Pakistan and won the game for the Aussies. In 3 innings in this tournament, he has scored 74 runs at an average of 74.

NZ vs AUS Must Picks for Dream11 Fantasy Cricket: 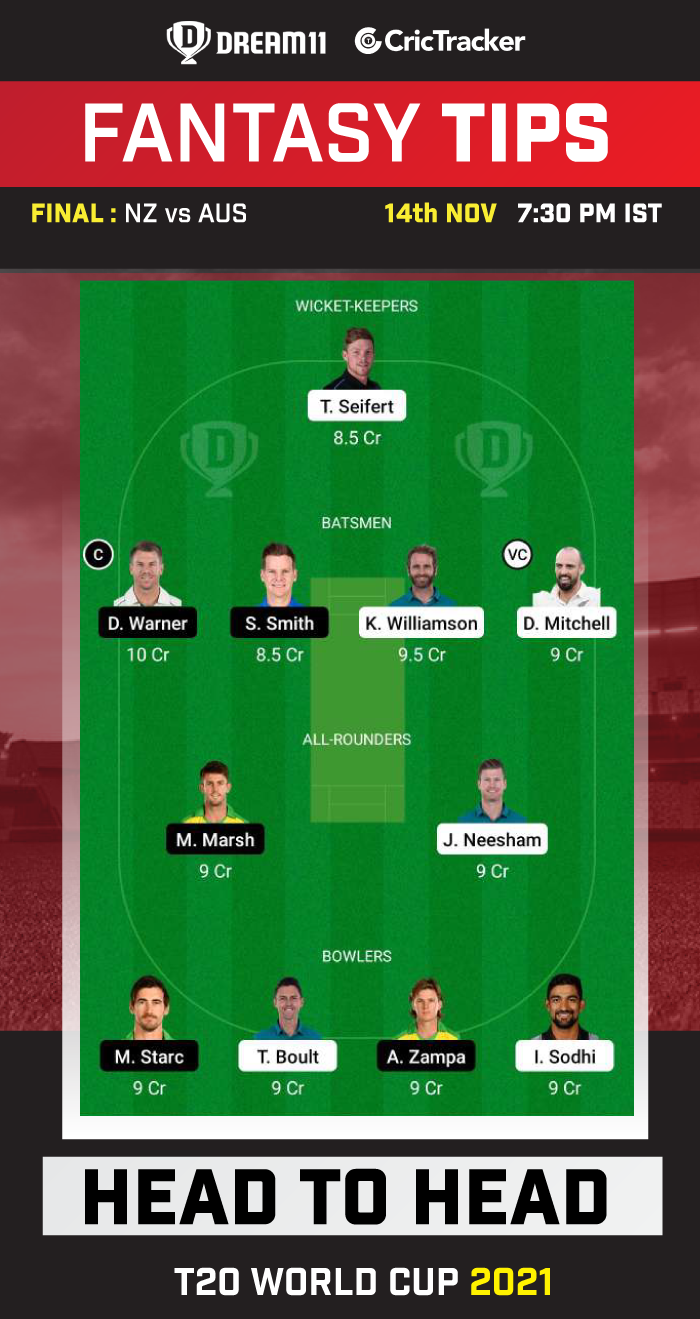 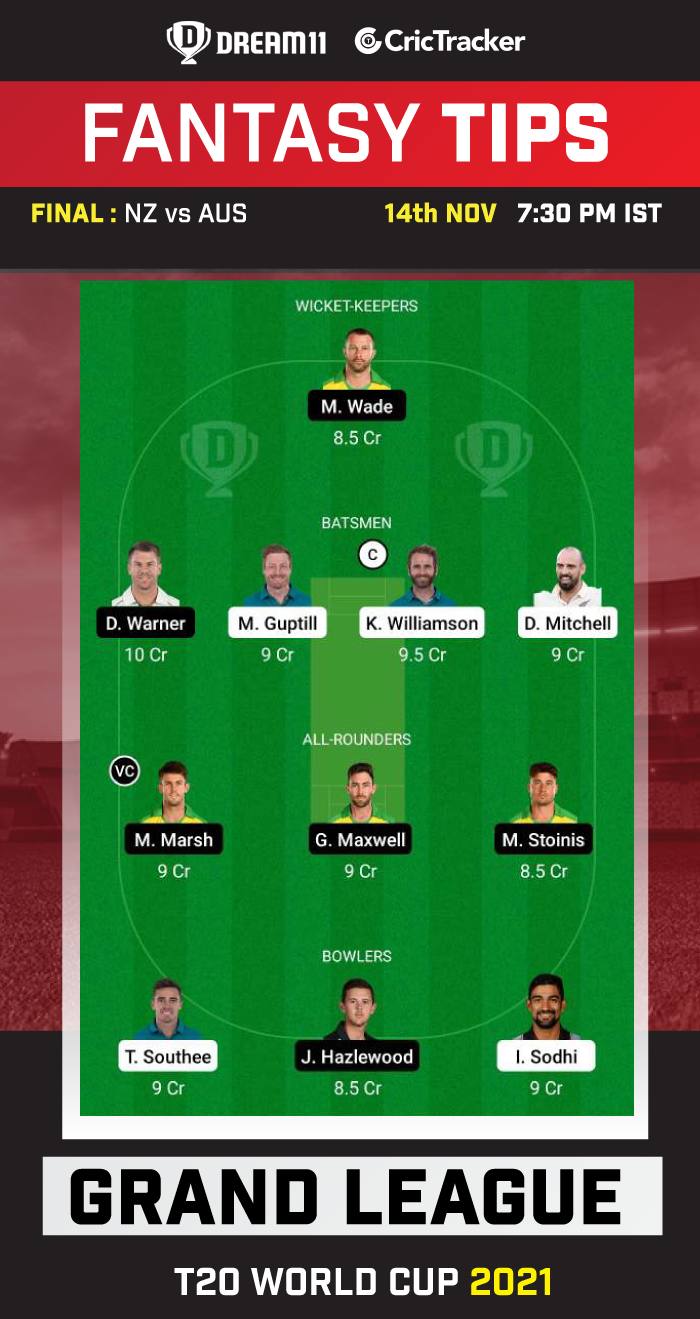 Martin Guptill has notched up 180 runs in 6 matches in this World Cup at an average of 30. It’s worth a risk to pick him as your fantasy team skipper.

Glenn Maxwell hasn’t lived up to the expectations in this World Cup. He has scored only 36 runs in 6 matches so far at an average of 9, whereas with the ball he has picked up 2 wickets. That being said, we all know how dangerous he can be on his day. He is a risky captaincy pick for your fantasy teams.

Mitchell Santner has been economical with the ball. However, he has scalped only 2 wickets in this World Cup. It’s better to avoid him while making your fantasy teams.