Josh Philippe can be a great budget pick for this game. 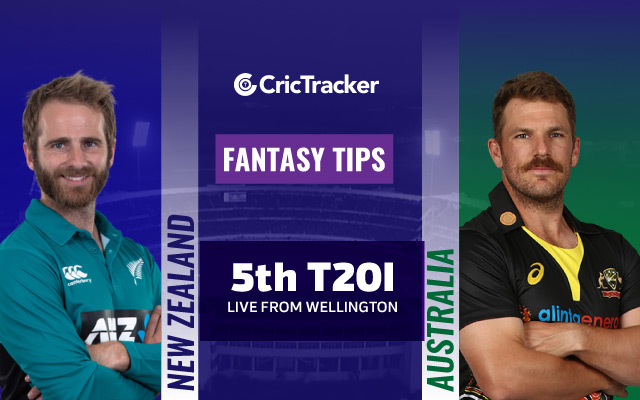 The 5th of the 5-match T20I bilateral series between New Zealand and Australia will be played on 7th March at Westpac Stadium, Wellington.

The T20I series between Australia and New Zealand was looking all set to be a completely one-sided affair, but the complexion of the series has changed completely in the span of a few days. New Zealand started the series with 2 consecutive wins.

A series win was looking all but imminent, but thanks to a phenomenal comeback by the Aussies, it is evenly poised at 2-2 now. The players who were out of form for Australia have now all found their forms back, in the likes of Glenn Maxwell and Aaron Finch. Hence, the final T20I should be a great watch.

Unfortunately, rain is likely to be on the cards for this game. The temperature will be around 19 °C.

The pitch here in Wellington will favour the batsmen more than the bowlers. That being said, it will be very difficult to chase a target down.

182 (Considering matches played in this series at this venue)

Aaron Finch has finally found his form back. The Australian skipper has shut his critics down by scoring 161 runs, which has come at an average of over 50.

Glenn Maxwell is another player who has found his form back at the crucial moment. He has scored 148 runs and he can bowl a few overs as well.

Marcus Stoinis is the second-highest run-scorer for Australia in this competition. He has scored 114 runs at an average of nearly 40 and a strike rate of over 165.

The second-highest run-scorer for New Zealand is Martin Guptill. He has scored 147 runs at an average of over 35 and a strike rate of over 160.

Also Read – Reports: PSL 2021 likely to resume in May, to clash with business end of IPL 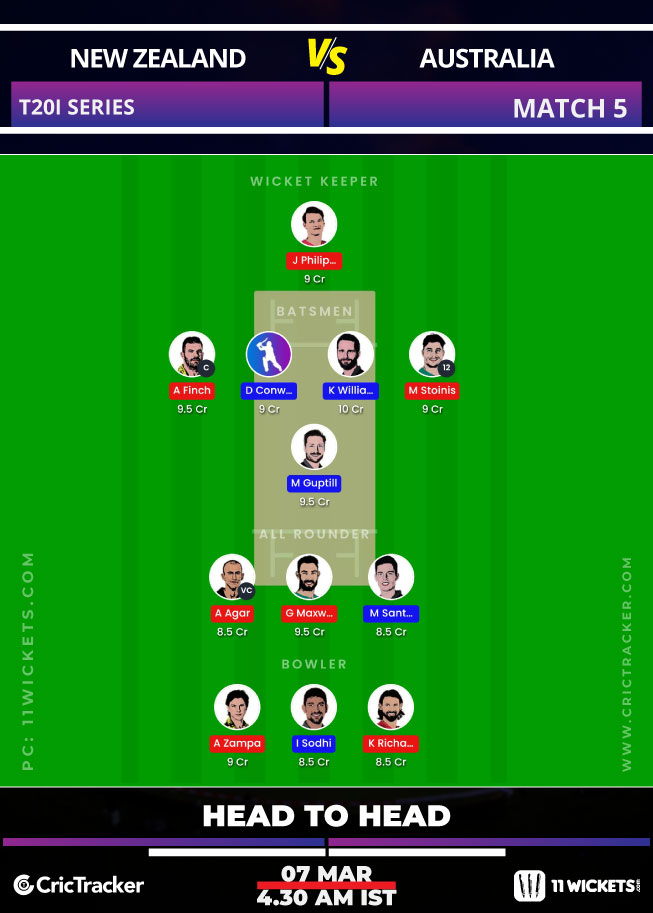 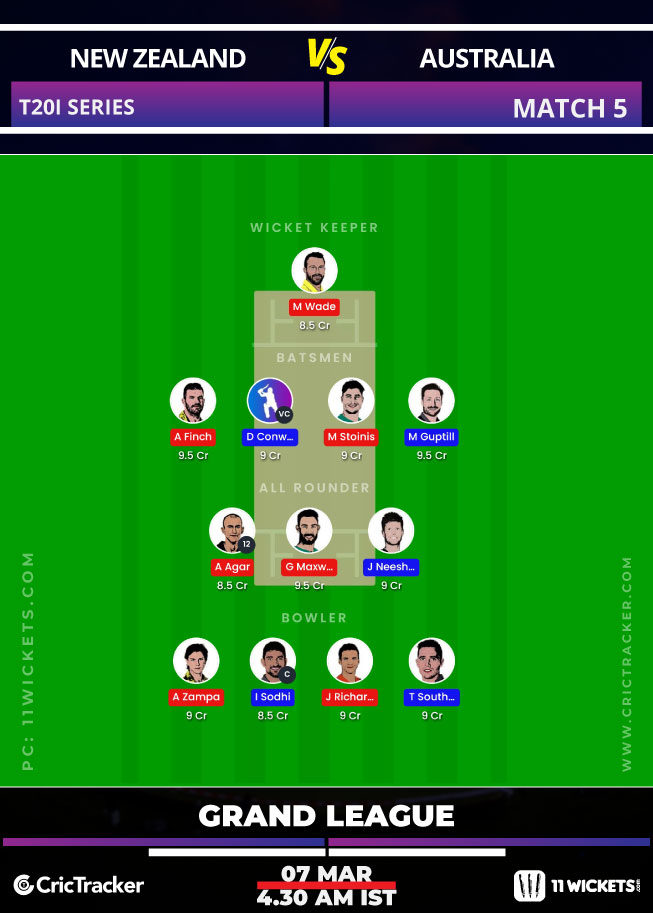 Josh Philippe can be a great budget pick for this game. He has scored 103 runs at an average of over 25 and a strike rate of over 130.