New Zealand have been the firm favorites ever since the start of the series, and the visitors have done nothing for that impression to change. 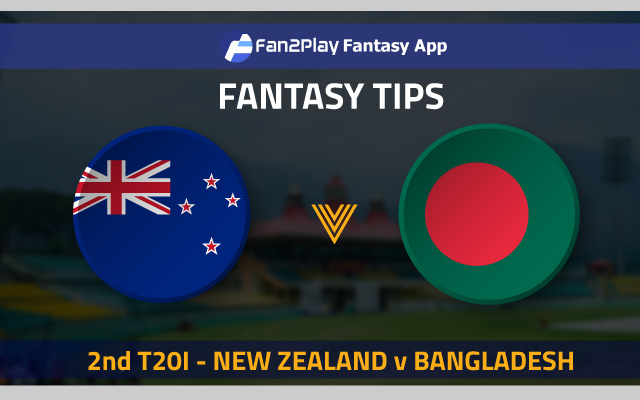 The second game of the three-match T20I series between New Zealand and Bangladesh will be played at the McLean Park Stadium in Napier on 30th March 2021.

The match will start at 11:30 AM IST. The live streaming will be available on the FanCode app.

New Zealand continued their domination over Bangladesh, handing them another crushing defeat by 66 runs in the opening game of the three-match series. After they won the toss on a batting paradise, a 52-ball 92 from Devon Conway and a quick half-century (52 from 30) from debutant Will Young guided them past the 200-run mark against a depleted Bangladesh.

Out to chase an unlikely target after their bowlers had leaked runs with both hands, the visitors’ batting unit failed to cope up against Ish Sodhi’s guile, which earned him four wickets at the cost of only 28 runs from his four overs. With all three in Tamim Iqbal, Shakib al Hasan, and Mushfiqur Raheem missing, Bangladesh crumbled completely. Keeping aside the effort from Afif Hossain (45 from 33) and a run-a-ball 34 from Mohammad Saifuddin towards the end, nothing went their way with the bat. New Zealand have been the firm favourites ever since the start of the series, and the visitors have done nothing for that impression to change.

Captaincy picks for NZ vs BAN

Conway made it count in the recent ODI series against Bangladesh with 275 runs from three innings at an incredible average of 75 and he moved ahead with the same form in the T20Is as well, scoring an unbeaten 92 from just 53 balls in the previous game to win the Player of the Match award.

In a game where hardly anything made Bangladesh smile, a debutant Nasum Ahmed managed to return with notable figures of 2/30 from his spell of fours overs. When looked at in the context of the game where the opposition scored more than 10 runs every over, Ahmed’s effort and economy stood out. 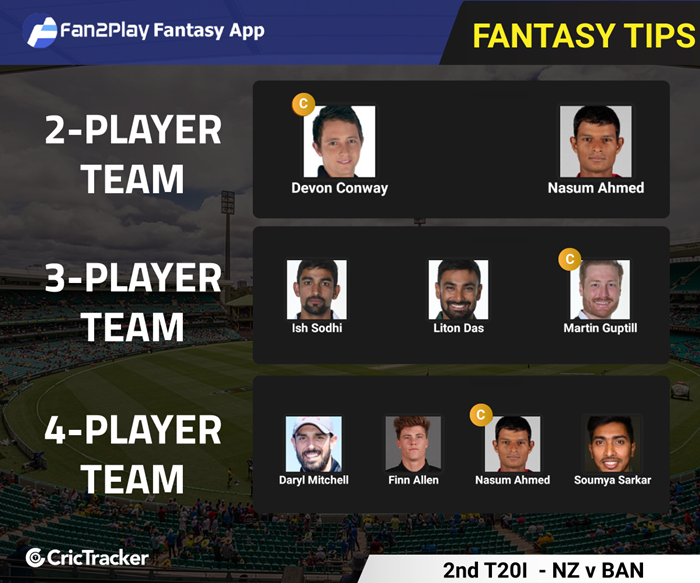 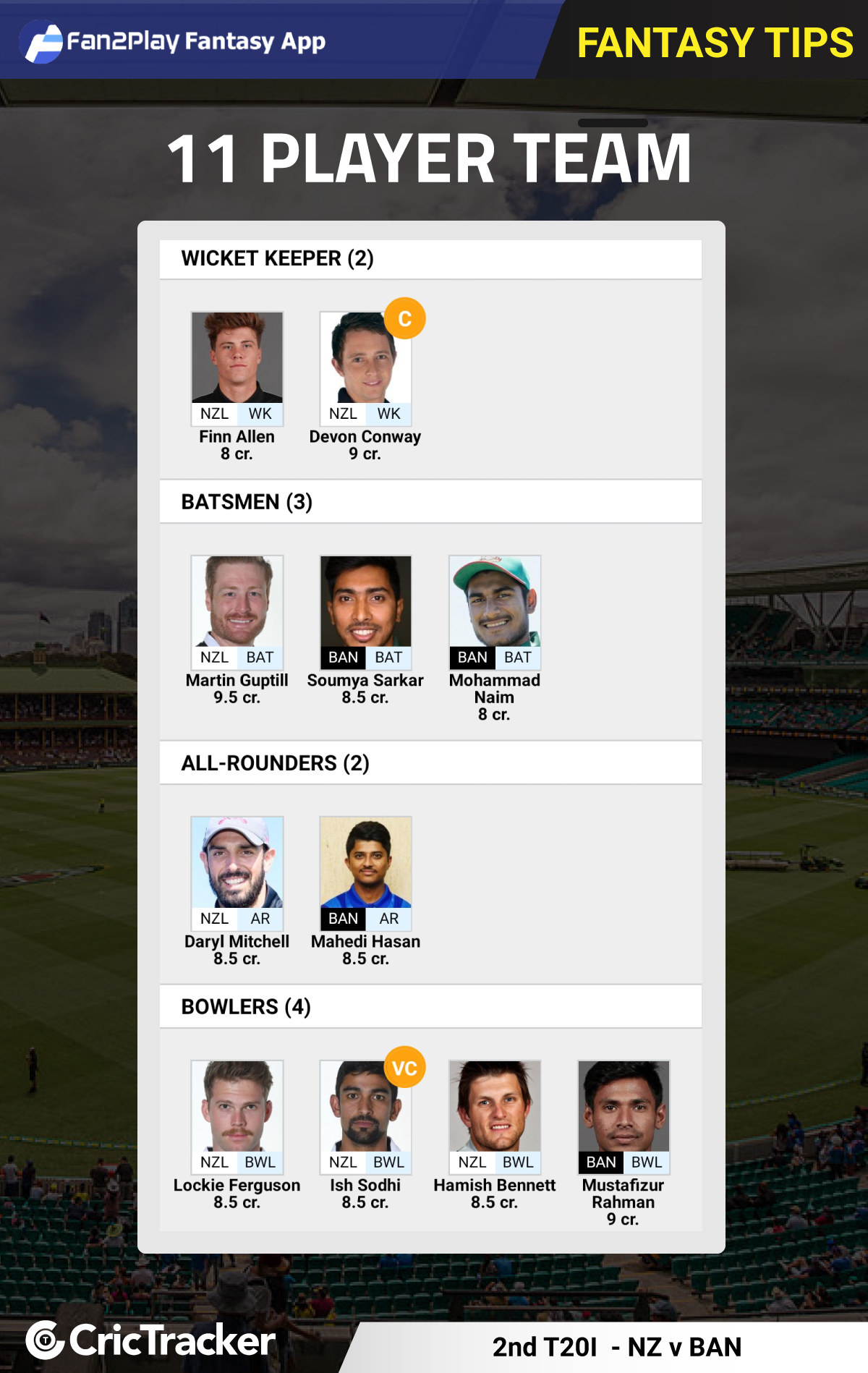