Liton Das has scored only 10 runs in the last 2 matches and you can avoid him while making your Dream11 fantasy teams. 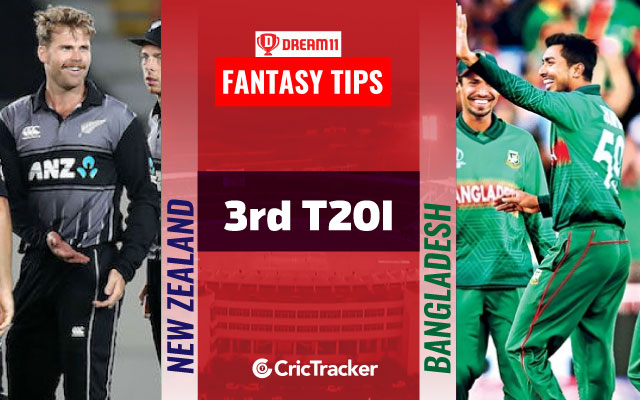 New Zealand will take on Bangladesh in the 3rd and final T20I of the series on Thursday. New Zealand has already registered their 7th series win by winning the first two matches of the series with still one game to be played. Despite the absence of main players, the Kiwis have performed really well with complete all-round performances. They would want to end the series and the summer with a win.

On the other hand, Bangladesh are on verge of another whitewash in this tour after getting smoked 3-0 by the hosts. After their terrible loss in the 1st T20I by 66 runs they came out well and did a decent job in the 2nd but rain spoiled the party for them in the middle and they eventually ended on the losing side by 28 runs (D/L method). With only one game left in the series, they look to end the tour on a winning note.

The surfaces generally in New Zealand have got more bounce and carry and Eden Park surface is no exception in that. Teams chasing have won 5 of the last 6 matches played here, hence, whoever wins the toss should bowl first on this track.

Glenn Phillips was the player of the match in the 2nd T20I for his tremendous batting display in the middle. He scored an unbeaten 58* runs from 31 balls which included 5 fours and 2 sixes, and even picked up an important wicket of Mohammad Naim with the ball.

Martin Guptill scored 56 runs in 2 matches at an average of 28 with the highest score of 35. He is the most experienced batter in the current New Zealand line-up.

Afif Hussain was the top-run scorer in the 1st T20I for Bangladesh, scoring 45 runs from 33 balls but he got out for just 2 runs in the 2nd T20I. He is a reliable batter in the middle order for them.

Daryl Mitchell didn’t get the opportunity to bat in the series opener, but he was in some mood in the 2nd T20I and was batting well on 34* from 16 balls until the rain put a break to end his innings.

Ish Sodhi is currently ranked 8th in the ICC T20 bowlers’ rankings. He did an exceptional job with the ball in the 1st T20I by picking up 4 wickets by conceding 28 runs. Overall in his T20I career, he has scalped 73 wickets at an economy of 8.07 with the best bowling figures of 4 for 28.

In the absence of Kane Williamson, Tim Southee has managed to pick up 3 wickets in 2 matches with the best figures of 2 for 21. 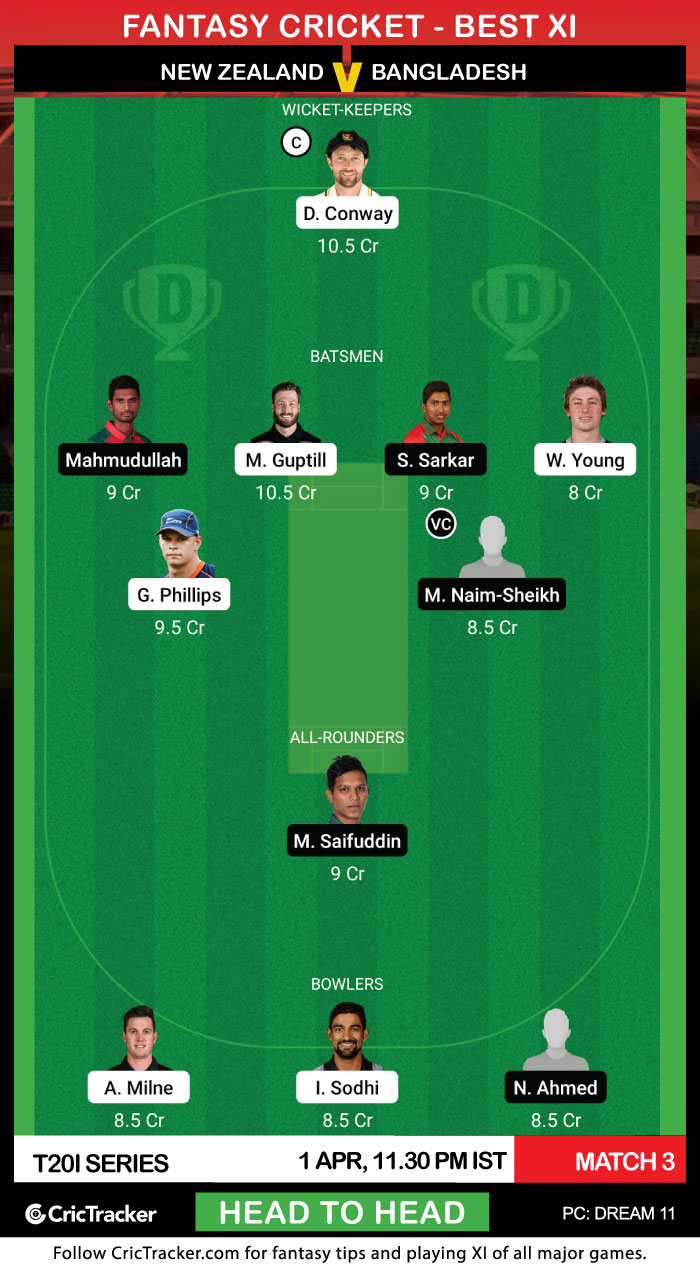 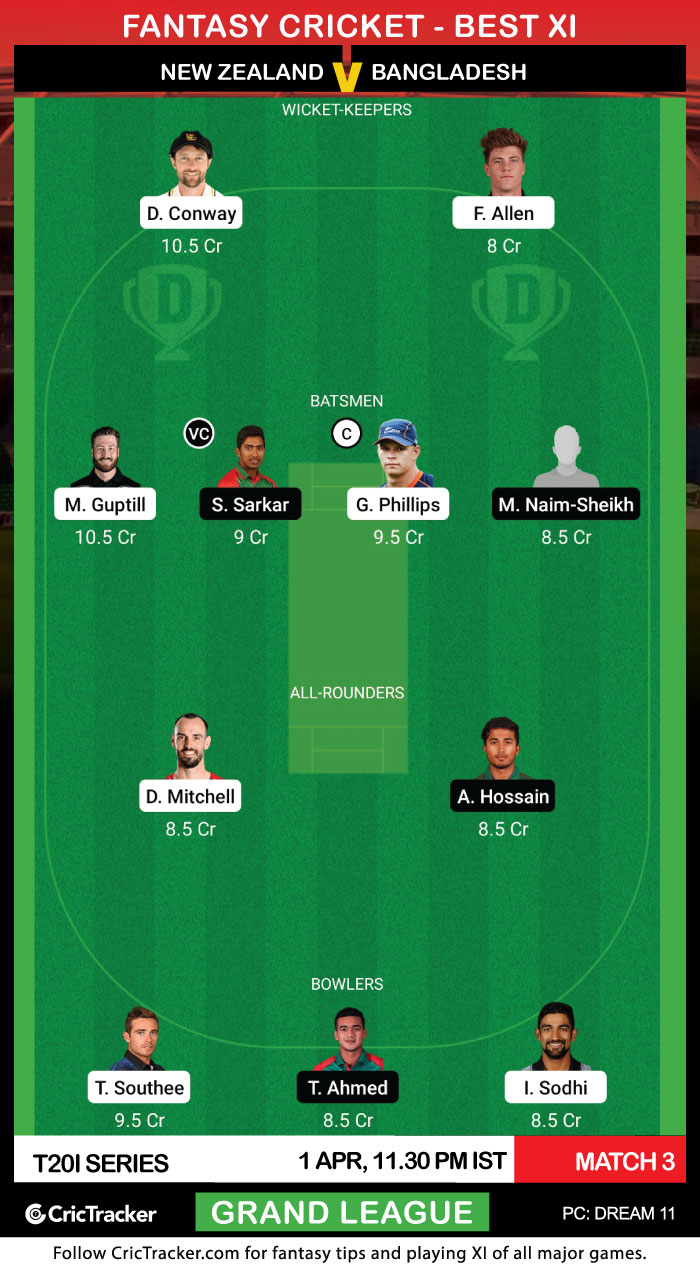 Ish Sodhi is the main bowler in the New Zealand line-up and has picked up 12 wickets in his last 5 matches. It is a gamble you can take since he has a good conversation rate in picking wickets after taking his first wicket.

Mahmudullah has selected by only 21.73% of users at the time of writing. He has scored only 32 runs in this series. You can consider him for the Captaincy role for his experience.

Liton Das has scored only 10 runs in the last 2 matches and you can avoid him while making your Dream11 fantasy teams.