Bangladesh must strive really hard in order to beat New Zealand in this series.

New Zealand will host Bangladesh in a 2-match Test series which will kick off from 1st of January 2022. New Zealand are always a formidable side when they play at home. Skipper Kane Williamson will miss this series and Tom Latham will lead the side in his absence. Ajaz Patel, who took all 10 wickets against India in the first innings of the second Test has been surprisingly left out. This series will be special for another reason, as veteran batter Ross Taylor will play his last Test series.

Bangladesh, on the other hand, haven’t been up to the mark when it comes to Test cricket. They recently lost the Test series against Pakistan 0-2. There is a massive responsibility on the shoulders of skipper Mominul Haque who has a lot to prove. Going with the team balance, New Zealand will have an upper hand and start as favourites.

The new ball will talk a lot in the first hour of play and later the wicket will get flat and the runs will come automatically. The team batting first will have more chances of winning this game.

Also Read: Here is how the WTC 2021-23 points table looks like after SAvIND first Test

Devon Conway has made a great start to his career in all forms of cricket. This will be his first test on home soil. It will be a challenge for him as he coming back from an injury.

Mushfiqur Rahim had a good Test series against Pakistan where he struck 160 runs in 2 matches at an average of 40. His experience will be definitely come in handy in this series.

Mominul Haque is included in the all-rounders’ slot though he is a spectacular batter. He has scored 3363 runs in his 47 Test matches at an average of 41.01.

The surface will suit Kyle Jamieson for his style of bowling. Height is his biggest advantage and he will be an X-factor for New Zealand. In his 10 Test matches, he has picked up 52 wickets and has also scored 301 runs with the bat.

Left-arm spinner Taijul Islam was the top performer for Bangladesh in the recent Test series against Pakistan, where he bagged 10 wickets in 2 matches. Overall, he has 144 wickets to his name in the Test career.

Liton Das should be a must pick, considering his amazing batting performances against Pakistan. He has scored 1453 runs in his 27 Test matches at an average of 32.28, which includes a century and 10 half-centuries. 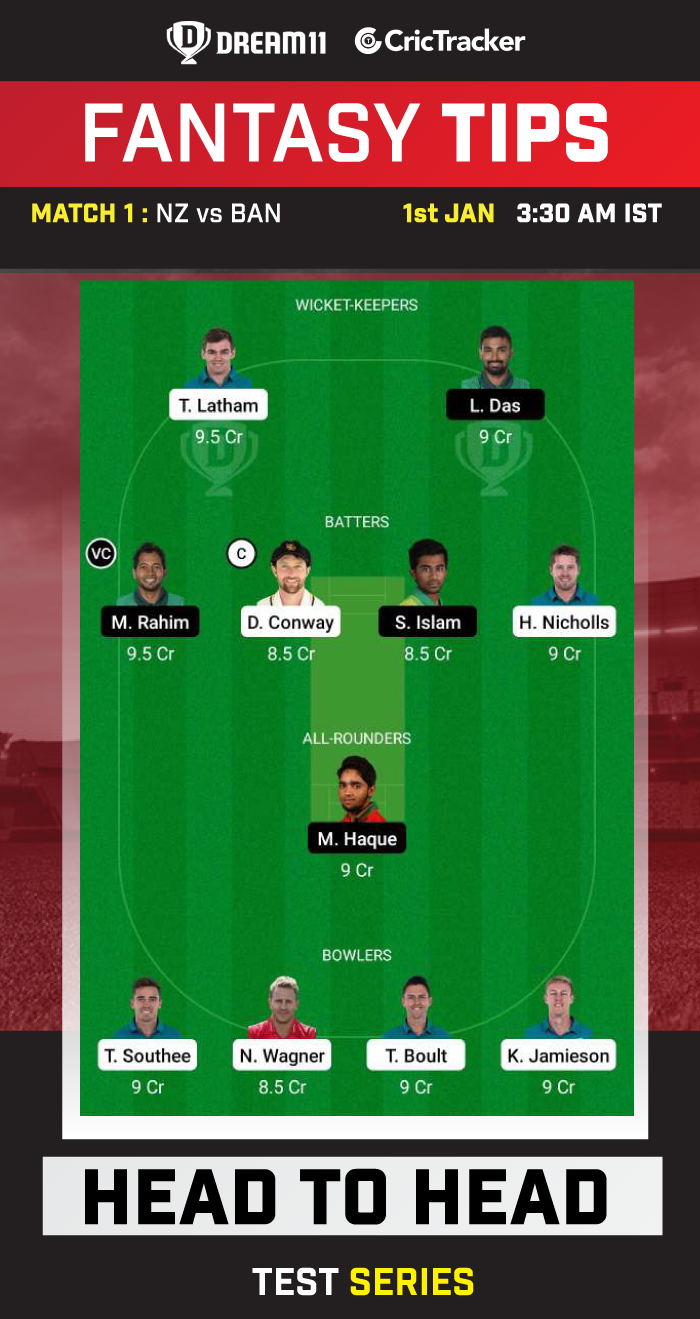 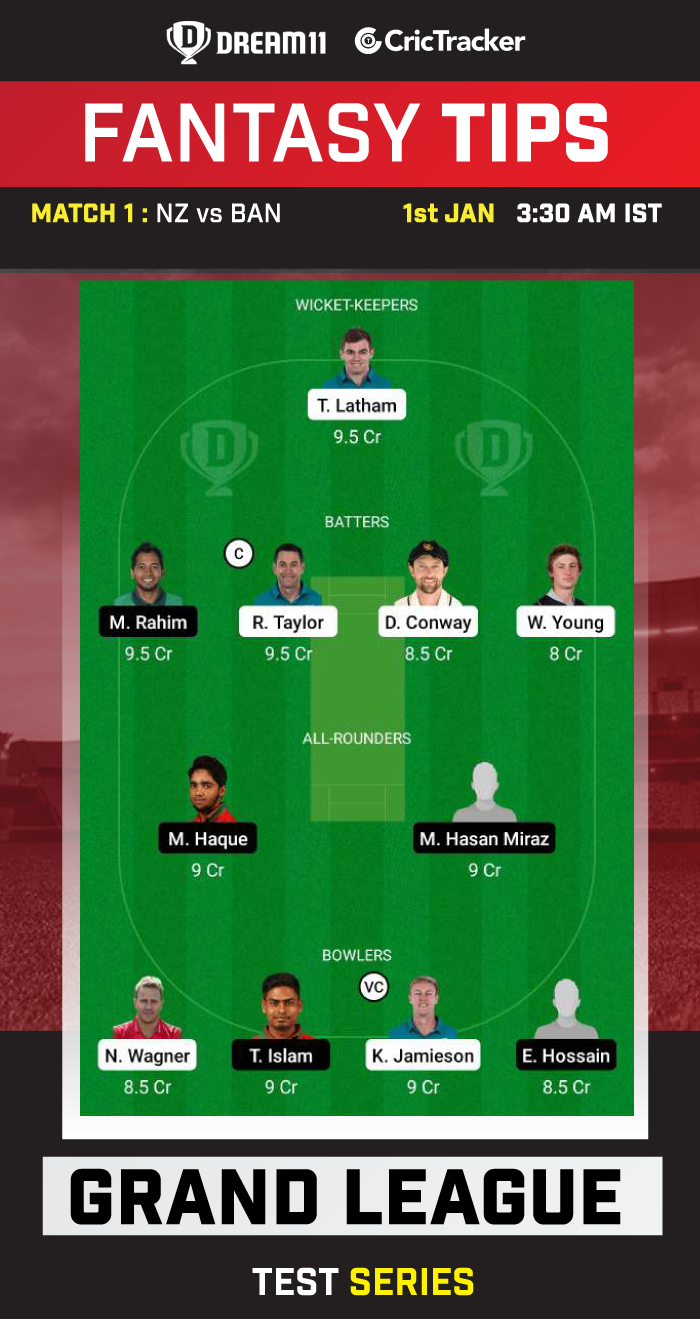 Shadman Islam has scored 497 runs in 10 Test matches at an average of 27.61. You can take a risk and pick him as your fantasy team skipper.

Tom Latham batted well on the tough conditions of Kanpur against a strong Indian bowling contingent, scoring two half-centuries in a single Test. It’s worth a risk and you can pick him as your fantasy team skipper.

Considering a lot of options in the batter’s slot, it’s hard to pick Mahmudul Hasan Joy in the final eleven.