Frances Mackay of New Zealand had produced a sensational all-round performance during the second T20I.

The third and final T20I match between New Zealand Women’s and Australia Women’s will be played at Eden Park in Auckland on 1 April 2021.

The match will start at 7:30 AM IST. The live streaming of the game will be available on the Fan Code app.

After being down and out for the past couple of months, New Zealand women’s team made a rousing comeback against the Australians in the second match of this series. The White Ferns took the Southern Stars by surprise when they defeated them by four wickets on the last ball of the match.

The biggest advantage for the home team was their bowling, which was able to restrict a strong Aussie batting line-up for just 129 for 4. With the boundaries being short in Napier, the likes of Alyssa Healy and Beth Mooney would be ruing their missed opportunities to score big. The same opportunity would be presented to them once again in Eden Park with a small square and straight boundary.

For the hosts though, in the second match, it was Frances Mackay, whose all-round performance ensured that the visitors were going to have to play in the series decider. They would be hopeful of having their captain, Sophie Devine back, who hasn’t been in the best of forms in international cricket but is someone who can hold her game upright during a crucial match.

After seeing her perform well in the second T20I, it will be a no-brainer to pick her as a captain in your team. She first bowled beautifully in the second match, finishing with figures of 2 for 20 in her four overs. On top of that, she opened the innings, in the absence of captain Sophie Devine, and scored a match-winning 39-ball 46. For New Zealand to win, Mackay will have to step up and perform well once again.

The left-handed opener from Australia is the number two ranked batter in the world as far as T20I rankings are concerned. The dashing opener scored an important 61 run-knock in the second match, but she was guilty of not accelerating at the right time in the innings. Her knock came off 54 balls, but she would be looking to improve on that. It will be important for Australia that she along with Healy can give a good start to the Australians. 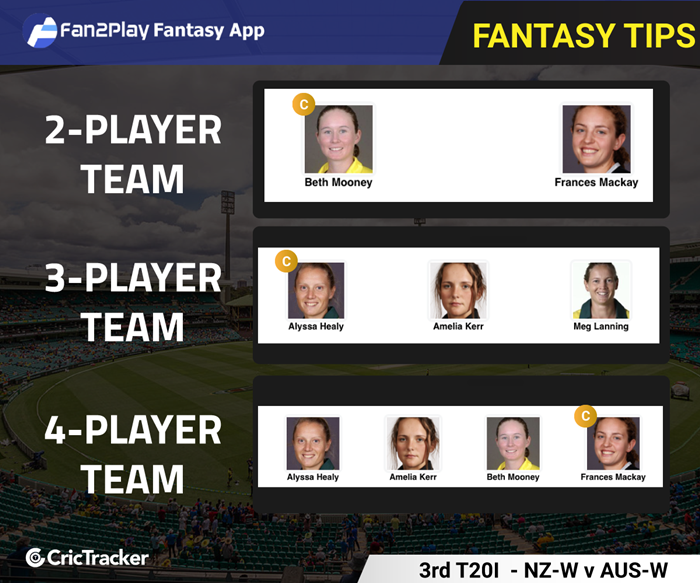 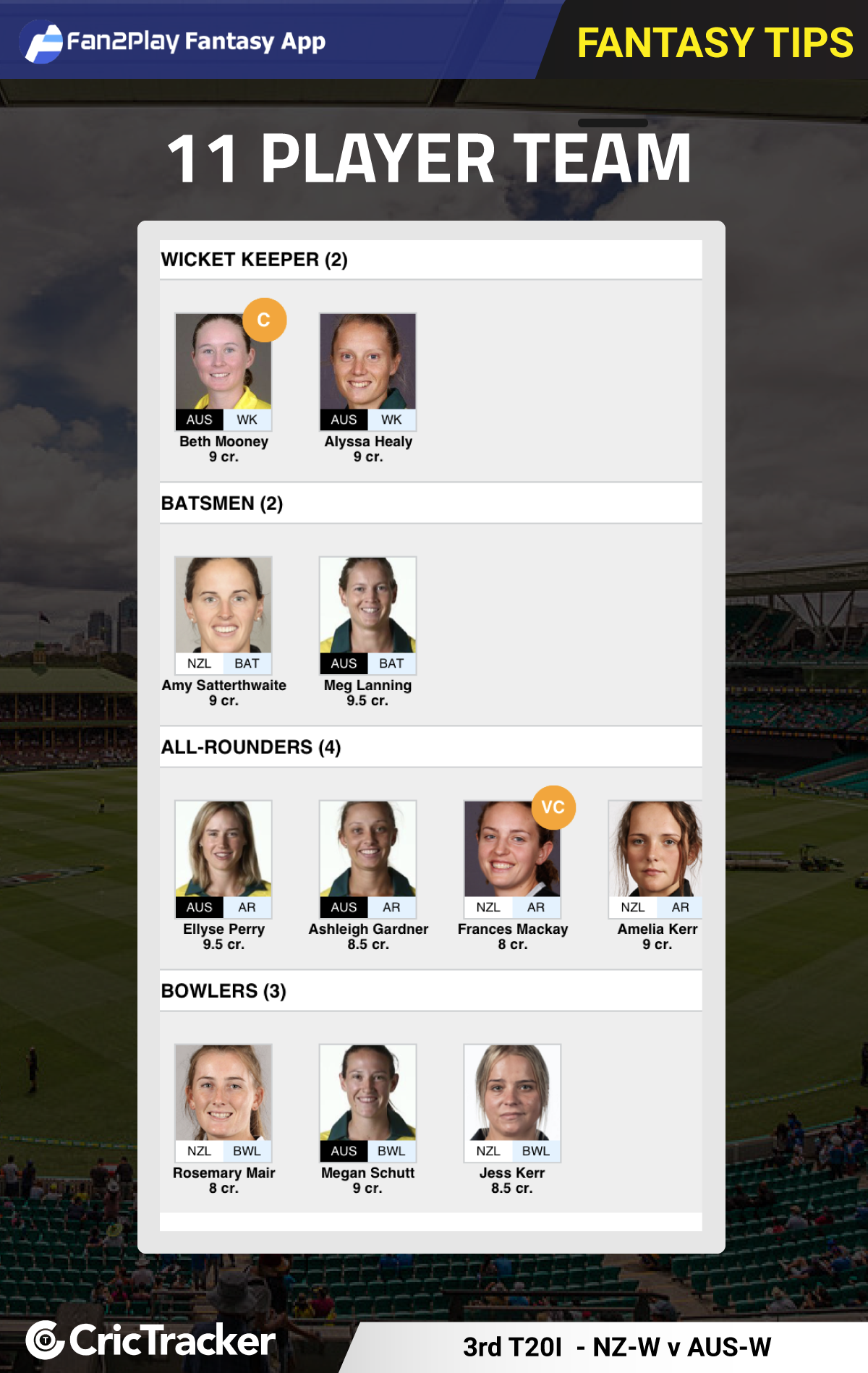