A lot of brilliant players are available to pick in this match. Knight, Devine and Sciver are good captaincy picks.

The 1st of the three-match ODI series between New Zealand Women and England Women will be played at the Hagley Oval in Christchurch.

The England women’s team have travelled to New Zealand for a complete tour and their first ODI against the New Zealand women’s team will be played at the Hagley Oval in Christchurch. Only the first match will be played in Christchurch and under floodlights, before the action shifts to Dunedin for the last two ODIs. The two teams have had some really good contests in the past and hopefully, we will see some more wonderful performances this time around.

England women’s team have opted for a full-strength squad, but their performances in the practice matches so far haven’t been something they would have hoped for. Against a weaker New Zealand XI side, England managed a win by just 20 runs and then lost the other match. The New Zealand team would see this as a great opportunity to pounce on them and take the advantage of the touring England team, which hasn’t lived up to their expectations.

The captain of the New Zealand women’s team, Sophie Devine has been having a great time with the bat of late. The past two years have been really good for her with the bat. She even scored the fastest women T20 century ever earlier this season in a domestic match. Devine has scored more than 2600 runs in her 108-match ODI career and has also taken 73 wickets with the ball. Her skills make her a complete package.

Nat Sciver is someone who plays the role of Ben Stokes in this team. She is a wonderful all-rounder with a career filled with match-winning contributions and notable performances. She is the greatest asset to this team. She has scored over 1800 runs in ODIs and has an average above 40. Sciver has also managed to take 44 wickets from her 67 games. 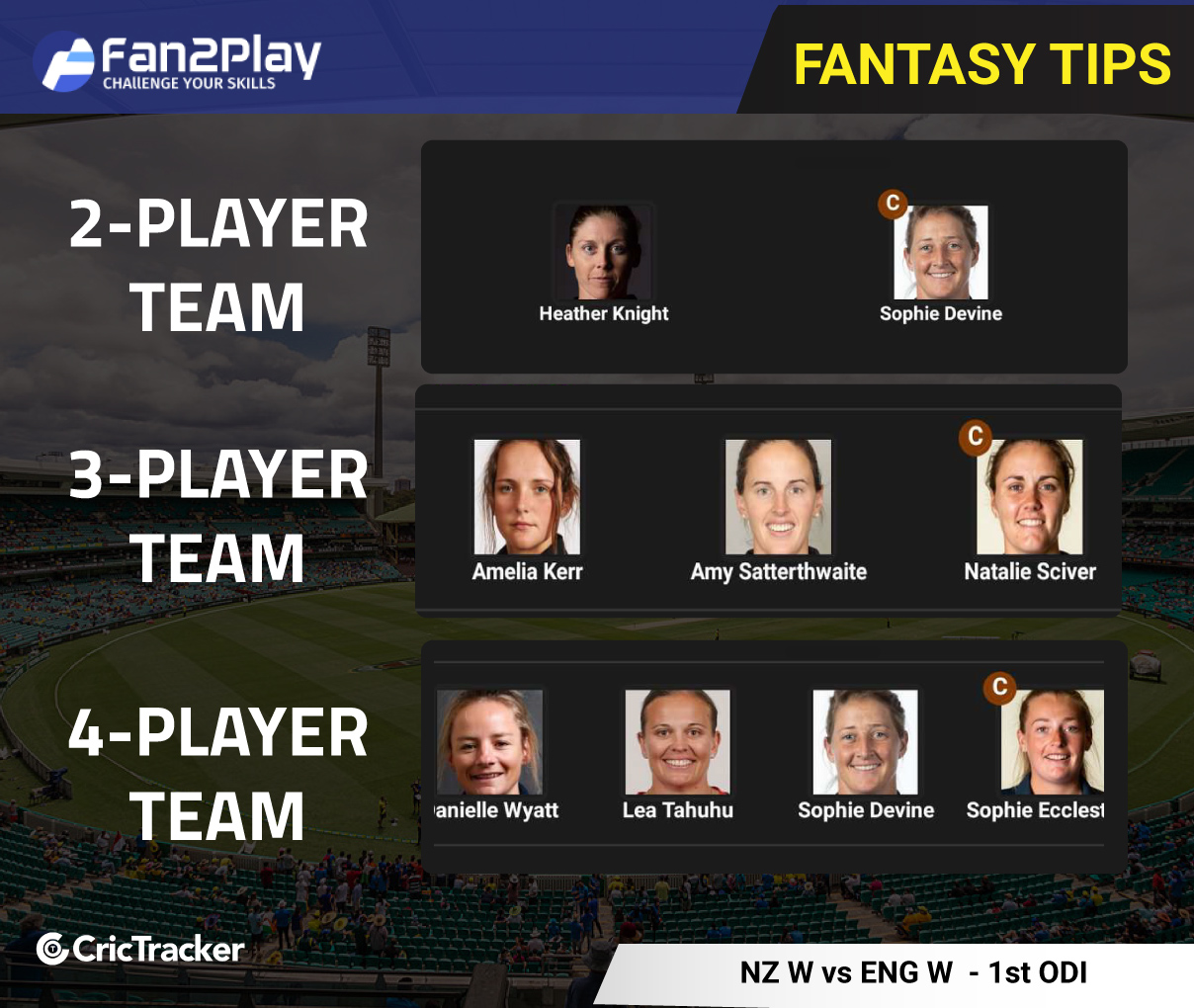