Odisha Purple are expected to hand Odisha Green their second defeat of the season.

The 6th match of the Odisha Women’s T20 will be played between Odisha Purple and Odisha Green at KIIT Stadium, Bhubaneshwar.

The match is scheduled to start at 7:00 PM local time and IST and it will be streamed live on Fancode.

Both Odisha Purple and Odisha Green will come into this game having confidence on their side. As for the former, they have played only one game so far, which happened to be the inaugural game of the competition. In that match, they defeated the Odisha Red by 57 runs.

Their opposition, Odisha Green started their season with a defeat against Odisha Violet. However, they turned things around quickly and registered their first win of the season yesterday, when they defeated Odisha Yellow by 3 wickets. That being said, it will take an effort and a half if they were to beat the formidable Odisha Purple.

The temperature will be around 25 °C during the start of the game, but it will drop to 22 °C by the end of the game. The chances of precipitation are negligible at only 10 %.

The pitch here at the KIIT Stadium is bowling-friendly, where it will take a professional batting effort to score anything north of 120. Batting first will comparatively be easier here.

Sarita Mehera played a sublime knock for Odisha Purple in the inaugural match of this competition. She scored 55 runs at a strike rate of over 90, which is more than decent on a pitch like this where batting can be very difficult.

Alongside Mehera, her captain Madhusmita Behera also played a great knock. She scored 45 runs, as the duo set up an 86-run opening partnership.

Subhra Niranjan Swain picked up a couple of wicket in that game and conceded only 7 runs from her 3 overs. Swain can also be very handy with the bat.

D Janaki Reddy scalped 3 wickets in that match. In addition to that, she also maintained an economy rate of just over 2 runs per over.

Rasnara Parwin had a great game against Odisha Yellow yesterday. She scored 36 runs, picked up a wicket and also maintained a brilliant economy rate in that game. 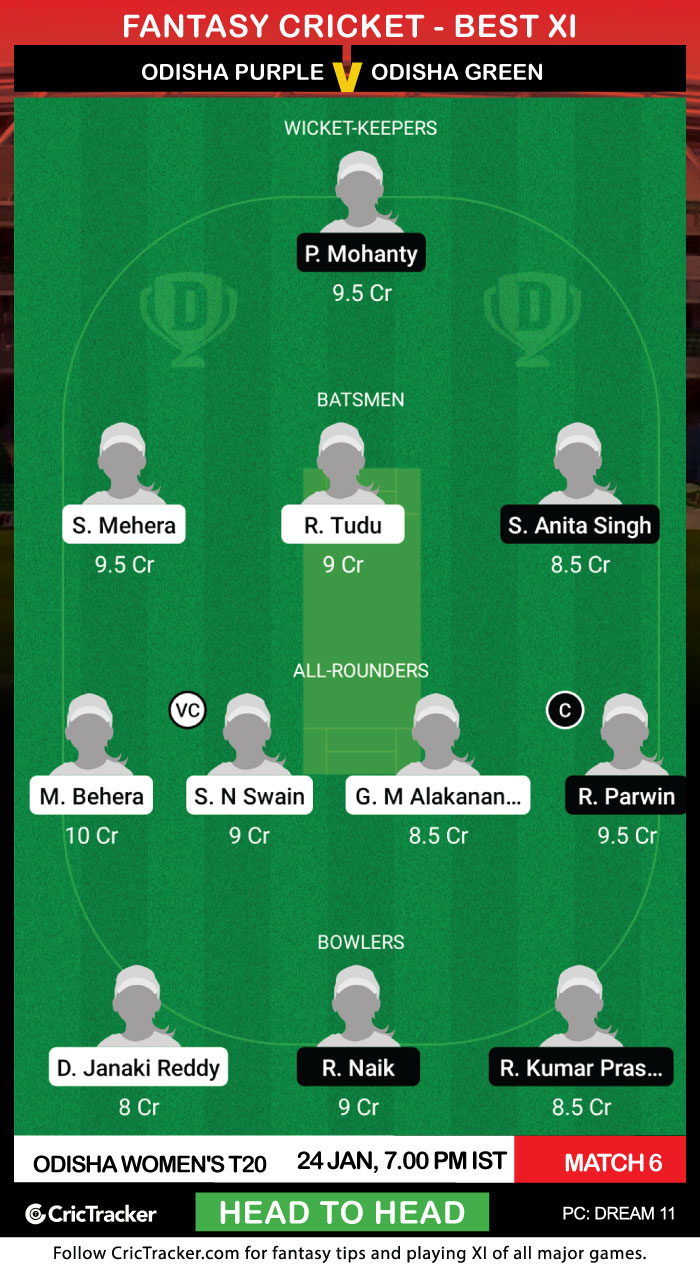 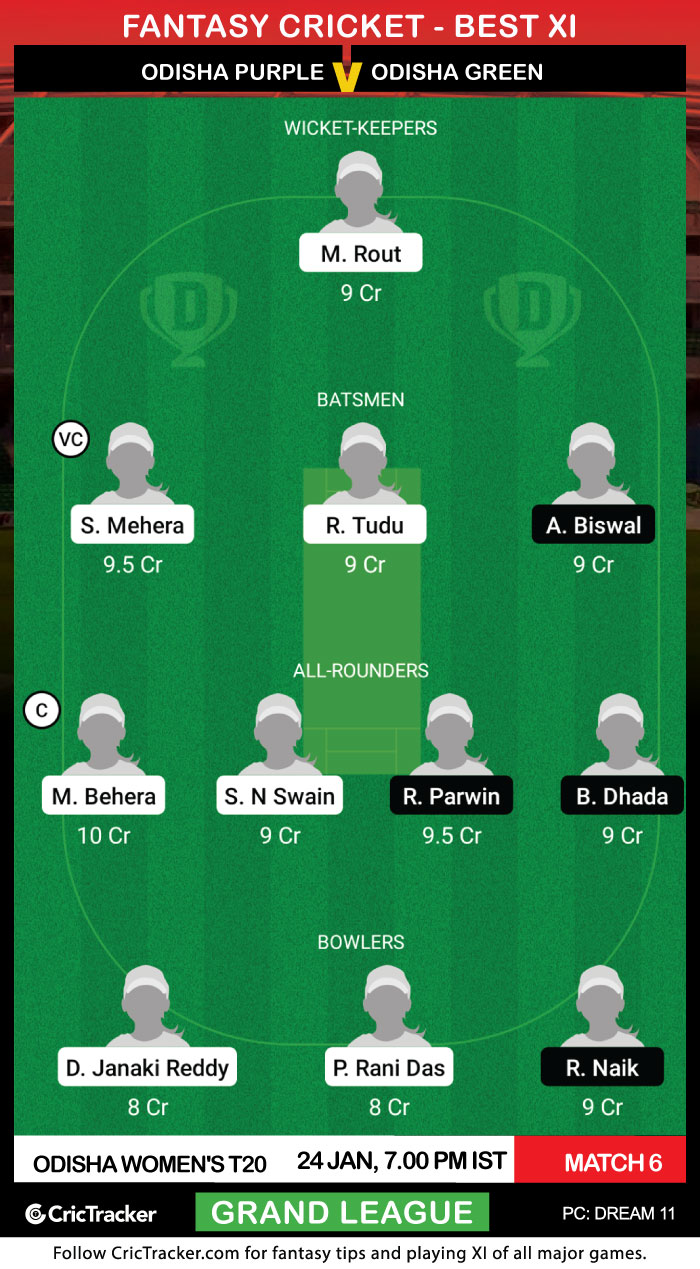