Match no. 7 of the Odisha T20 tournament will see two teams locking horns. The Odisha Tigers will be taking on the Odisha Jaguars at the Barabati Stadium in Cuttack.

Both the teams started their campaigns with a defeat. Tigers however have turned things around with a narrow win against the Odisha Lions. They will be riding high on confidence after winning their previous match despite an initial hiccup in their campaign. Jaguars though will be looking to get their first win in this tournament as they are yet to open their account in the points table.

The conditions possess no interruption for the game with the temperature around 28 degrees Celsius and a mere 10% chance of rain.

It’s going to be a bowler’s paradise and anything around 150 will be competitive here.

140 (Last 6 matches of this competition played on this venue)

Australia vs India: Sunil Gavaskar’s words of wisdom for Cheteshwar Pujara ahead of Sydney Test

Amin Khan has amassed 64 runs at a fantastic strike rate of 180+.

Girija Rout has scored 55 runs at an average of over 25.

Lagnajit Samal has picked up 3 wickets and has maintained an economy rate of only 5 runs per over.

Shekhar Majhi has scalped 4 wickets and has conceded runs at an economy rate of under 7 runs per over. 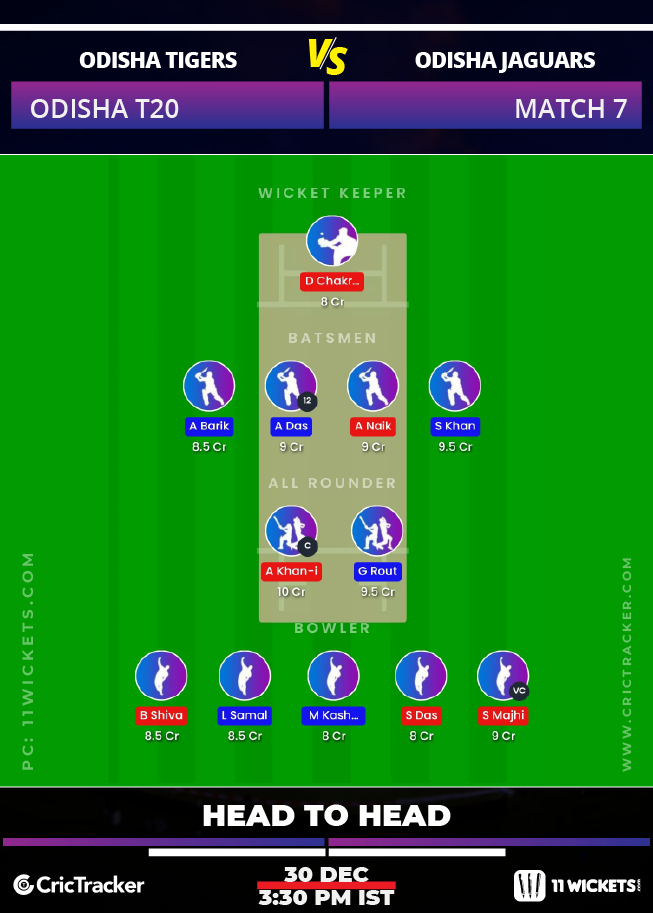 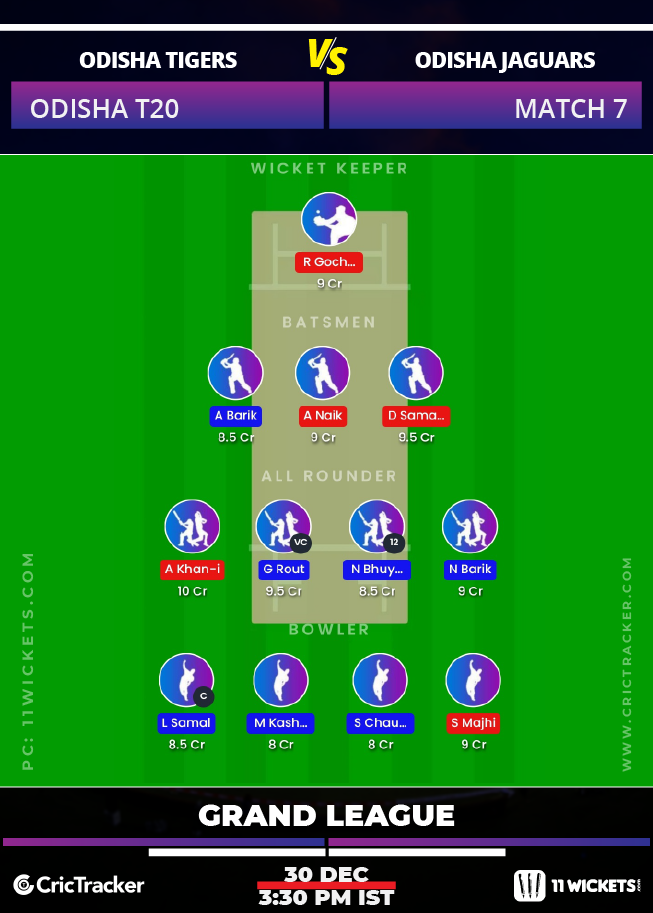 Odisha Tigers are expected to win this match.