Odisha Violet are expected to win this match.

The 5th match of the MGM Odisha Women’s T20 2021 will be played between Odisha Violet and Odisha Yellow at KIIT Stadium, Bhubaneshwar on Sunday.

This match is scheduled to start at 03:00 PM Local Time and IST and it will be streamed live on FanCode.

Odisha Violet are playing their third match in the MGM Odisha Women’s T20. In their last encounter, Odisha Violet defeated Odisha Red as they went on to defend the target of 97 runs in the allotted 20 overs. The likes of the skipper Anjali Singh and Kalpana Nayak made it possible to defend the total. Moreover, back to back wins will boost them a lot in the upcoming game.

The weather in Bhubaneshwar will remain sunny throughout the game without any interruptions of rain. The temperature is expected to hover around the 28 Degrees Celsius range.

It’s a 100-120 kind of surface and is pretty much balanced. Add to that, the pitch gets slower after the first innings and it becomes difficult for the batters to chase.

112 (Out of last four matches played at this venue)

Rasmita Chinara will be a good pick for your team as she scored 66 runs in two games including a fifty in the first match against Odisha Green.

The skipper of the side, Anjali Singh has scored 31 runs with the bat and plucked 4 wickets including a 3-wicket haul in the last game.

Kalpana Nayak is a talented player who has bagged 4 wickets in two games. However, she is yet to make some impact with the bat.

Sasmita Mahalik has opened the innings for Odisha Yellow and batted well against Odisha Green. She scored 49 runs before being stumped by Pragyan Mohanty in the over of Rani Kumar Prasad.

Sangita Khadia is another player who should be added in your batting department. She scored 34 runs and been expensive with the ball (0/22) in her two overs.

Laxmipriya Naik and the skipper, Priyanka Priyadarsini have showed some good numbers with the ball. Both the bowlers picked up 2 wickets by giving away just 18 and 19 runs respectively. 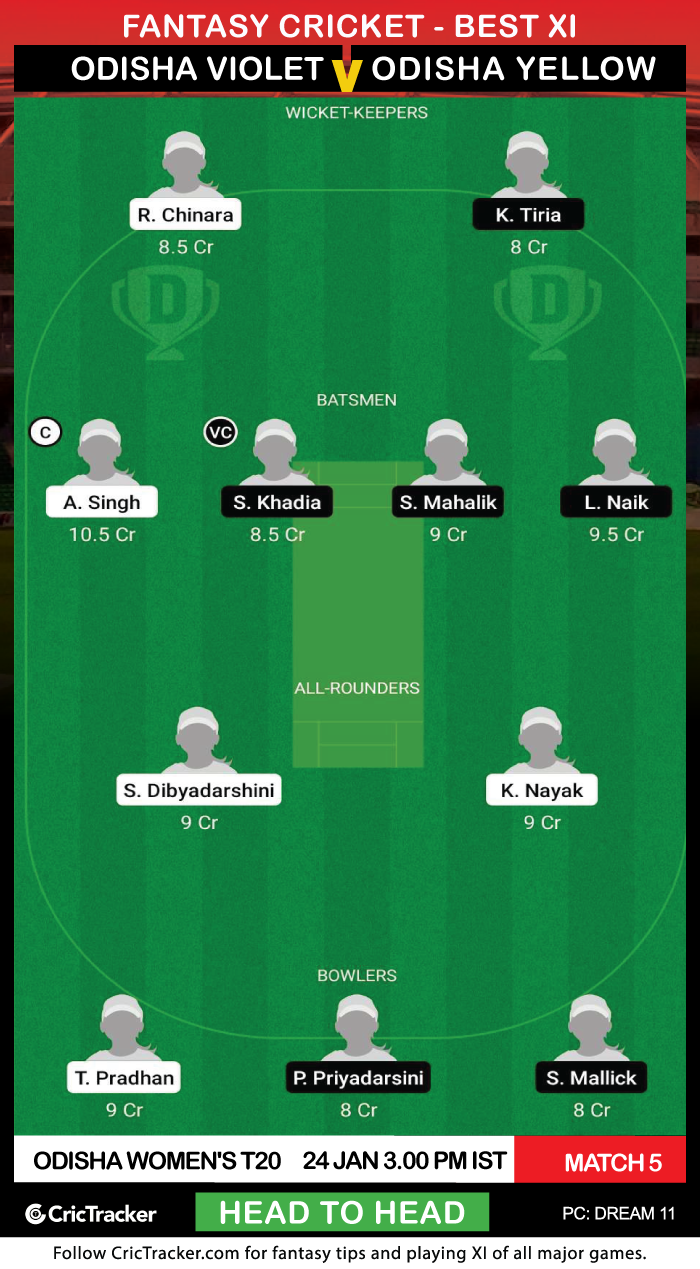 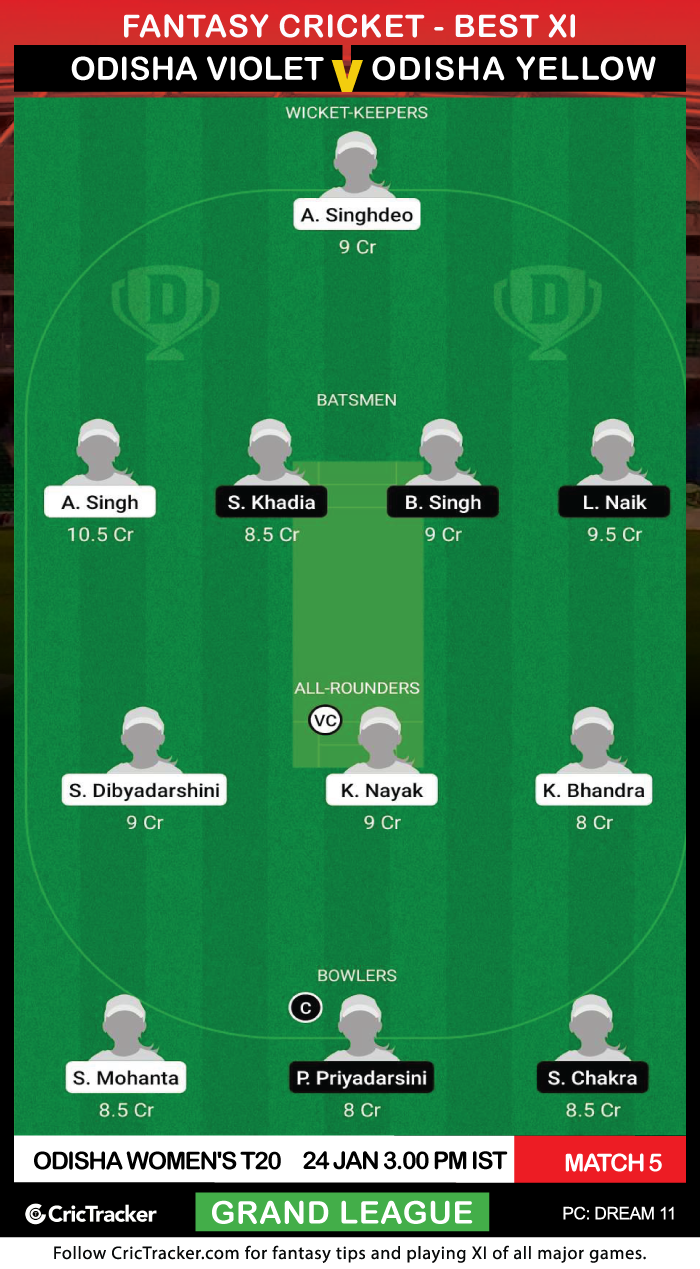 Try making Sushree Dibyadarsini or Kuni Bhandra as a Vice-captain in any one of your Grand League teams. She comes to bat in the middle-order and bowls her quota of overs. From Odisha Yellow, Barsarani Singh came to bat in the middle and picked up two wickets with the ball as well.

Odisha Violet are expected to win this match.