Oeiras CC are expected to progress to the final by beating Alvalade CC.

The 2nd semifinal match of the ECS Cartaxo T10 will be played between Oeiras CC and Alvalade CC at Cartaxo Cricket Ground, Cartaxo.

Preview of OEI vs ALV:

After a fantastic performance in the first round, Oeiras CC and Alvalade CC will look to continue their winning momentum in the semifinal match. Alvalade CC had lost their first two matches to Malo CC Vilamoura and Oeiras CC. However, they found their form and recorded three wins on a trot to seal their semifinal berth.

On the other side, Oeiras CC registered two wins in their opening two games. They lost their next two fixtures, but bounced back with a win over Royal CC Lisbon in their final league match. Oeiras CC had beaten Alvalade CC by 24 runs in the first round.

The skies will be partly cloudy during the match time in Cartaxo. The temperature is expected to be 18 degrees Celsius.

The pitch has been good for batting of late in Cartaxo. The batsmen need to spend some time in the middle and after settling down, they can dominate the bowlers. The fast bowlers have also enjoyed a good amount of success at this venue.

Top Picks for OEI vs ALV:

Rao Mohammad Imran has scored runs at an average of 25 in five matches of the ECS T10 Cartaxo. His strike rate has been 154.32.

Parveen Singh has been the most successful bowler for Alvalade CC. He has picked up five wickets in five matches at an economy rate of 7.24. He also has a batting average of 18.2 in five games.

Suggested Playing XI No.1  of OEI vs ALV for Dream11 Fantasy Cricket: 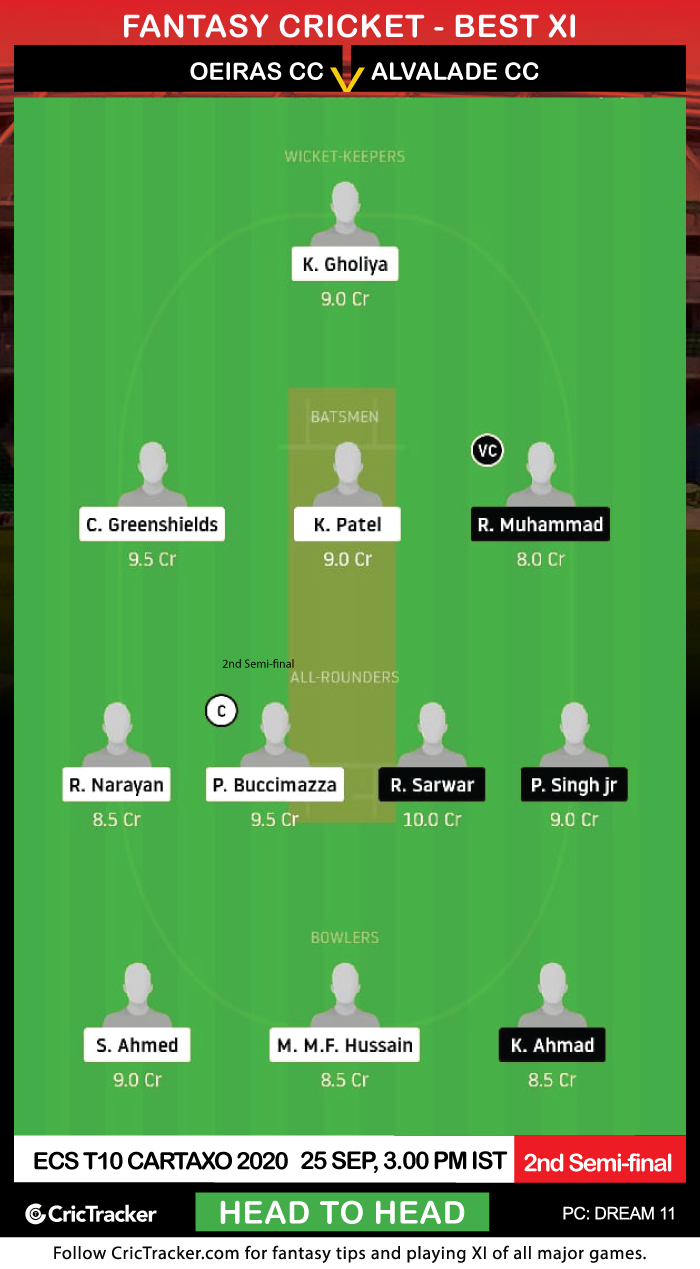 Suggested Playing XI No.2 of OEI vs ALV for Dream11 Fantasy Cricket: 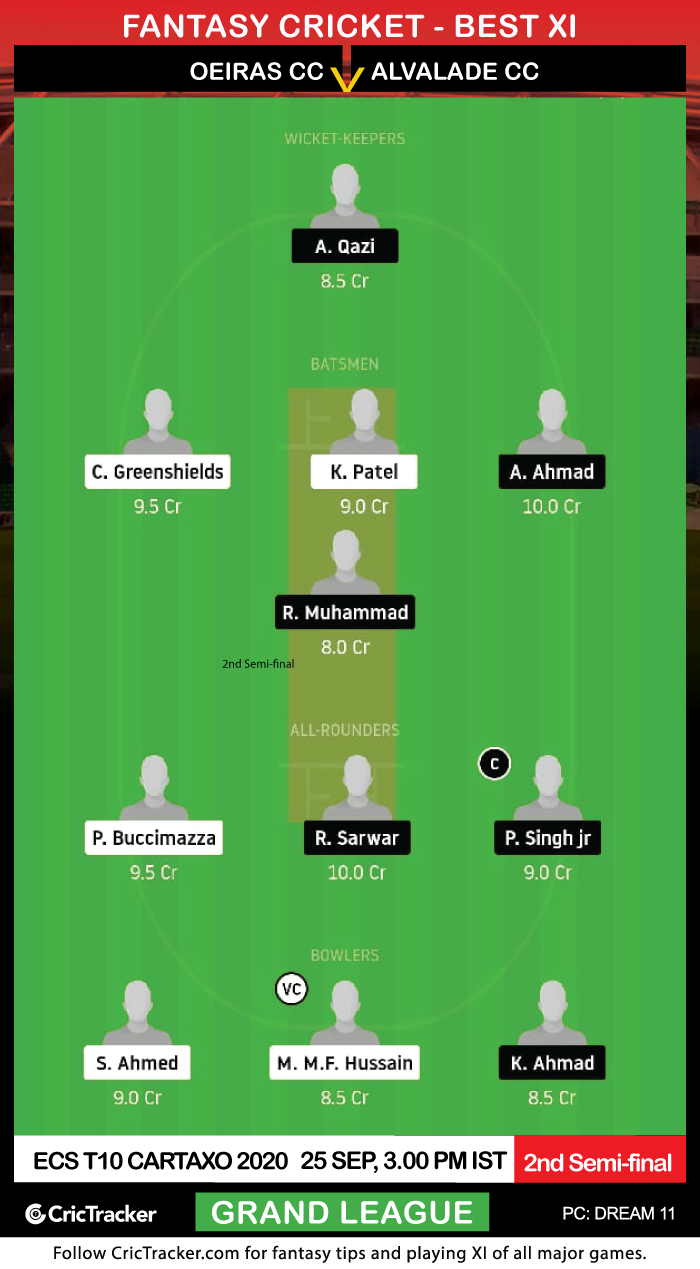 Conrad Greenshields had played a brilliant knock of 77 runs against Alvalade CC in the league round. He was the most successful batsman in that game. Looking at the head-to-head record, it is advisable to pick him in the team.

Oeiras CC are expected to win this match.