Oeiras CC are expected to turn their season around by beating Royal CC Lisbon.

The 14th match of the ECS T10 Cartaxo is all set to be played between Oeiras CC and Royal CC Lisbon at the Cartaxo Cricket Ground Cartaxo.

Oeiras CC are all set to take on Royal CC Lisbon in the second match of Day 4 in the ECS T10 Cartaxo. Both the teams will be playing their fifth match of their campaign but will come head to head for the first time. Oeiras CC started the tournament well with two wins in a row. But, they suffered two consecutive defeats in the next two games which placed them at the 3rd position with four points in the points table.

On the other hand, Royal CC Lisbon managed to win their first game against Malo CC Vilamoura in their most recent match of the tournament. They are placed at the fifth position in the points table with only one win in four games. They will be hoping to win their final fixture of the league stage against Oeiras CC, to keep their hopes alive for the next round.

The weather for this match will be mostly cloudy with the temperature around 18 Degree Celsius in Cartaxo.

The pitch, as seen in the first three days of the tournament will assist both batting and bowling. It will continue to provide help for the batsman in the initial phase of the game followed by some wickets for the bowlers in middle overs.

Top Picks for OEI vs RCCL:

Kuldeep Gholiya is the highest run-scorer for Oeiras CC after the third day of the tournament. He has 123 runs to his name. He has a 46-run inning as his highest score. Gholiya has a strike rate of 150.76 in 4 games for Oeiras CC.

Conrad Greenshields is the second-highest run-scorer for his team in this tournament with 120 runs at a strike rate of 155.62. He scored the highest runs in an innings in the tournament – 77. He will be looking to get back on track before entering the next round.

Paulo Buccimazza is the highest wicket-taker for his team in the tournament. He has 6 wickets after 4 matches.

Navjit Singh will be coming to this game after a 20 balls 30 in the previous game. He will be opening the batting once again and will be crucial to keep his team’s hope alive for the next round of the tournament.

Suggested Playing XI No.1 of OEI vs RCCL for Dream 11 Fantasy Cricket: 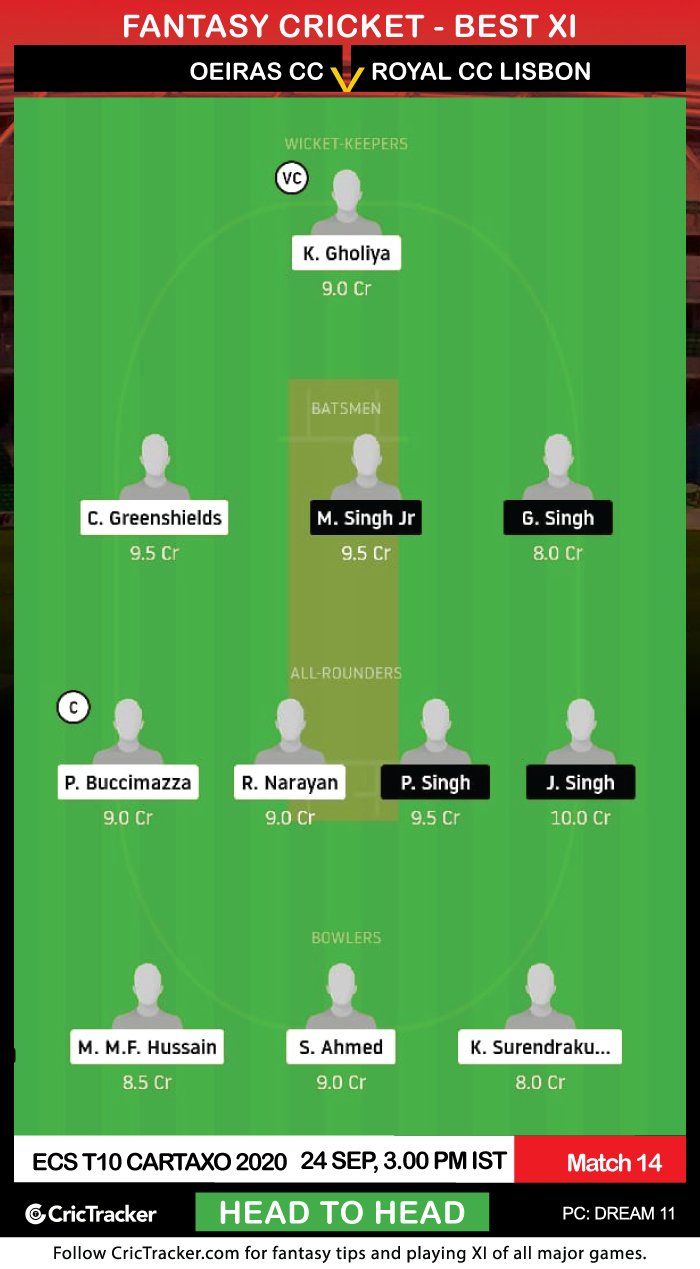 Suggested Playing XI No.2 of OEI vs RCCL for Dream 11 Fantasy Cricket: 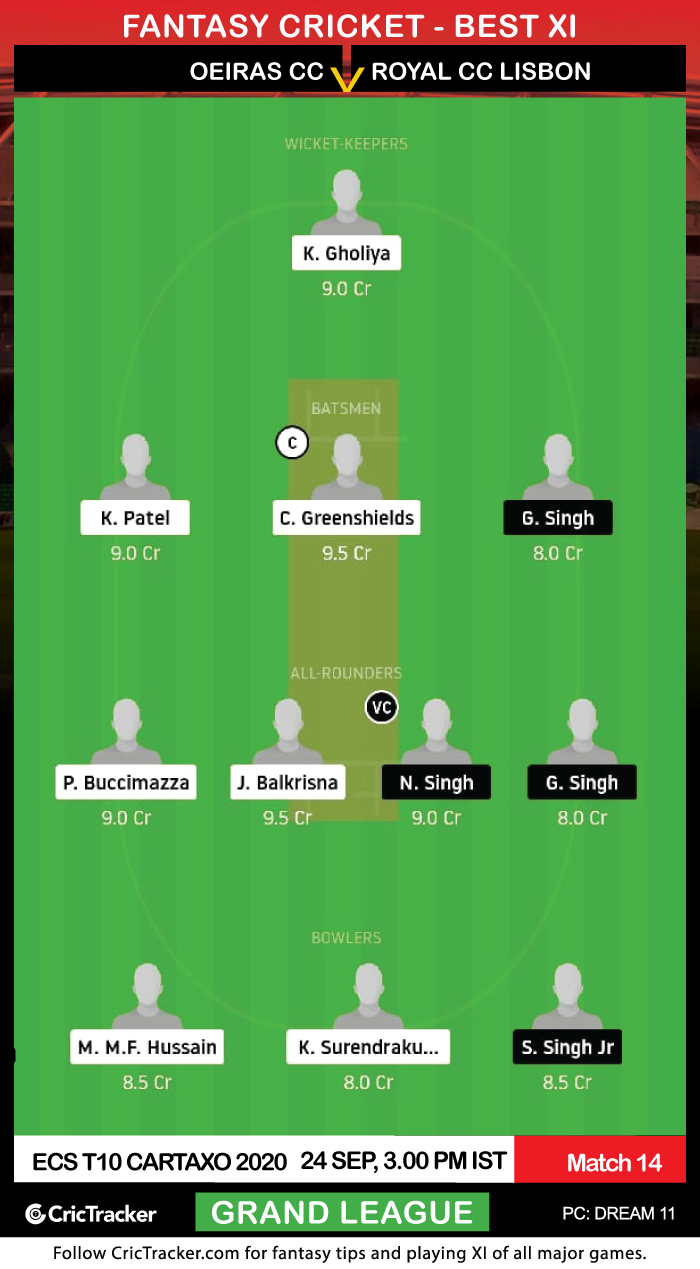 Paulo Buccimazza and Krut Patel took two wickets each in their last game. It is advisable to take them in your XI.

Oeiras CC is expected to win this match.