Table-toppers Ruwi Rangers will take on Darsait Titans in the 23rd match of the Oman D10 League 2022. Ruwi Rangers looks in great nick in this tournament. They have won four of their five matches played. They have got match-winners with the likes of Khalid Kail and Sanuth Ibrahim.

On the contrary, Darsait Titans are in terrible form, they have lost all their five matches played. They are almost out of the tournament and they still want to turn the table around. Win against the table-toppers will light up their spirits.

The surface hasn’t changed at all and still, the batters can dominate the bowlers from ball one having said even the bowlers have done a splendid job by picking wickets regularly.

Khalid Kail is the most valuable player for Ruwi Rangers in this tournament. In the last 4 innings, he has scored 153 runs at a strike rate of 225 with the highest score of 53.

You can’t ignore, Sanuth Ibrahim while making your fantasy teams. He had an exceptional tournament so far. In 4 matches, he has picked up 9 wickets and scored 82 runs with the bat.

Ubaid Ullah is the top run-scorer and leading wicket-taker for Darsait Titans in this tournament. In 5 matches, he has scored 96 runs at a strike rate of 152.38 and picked up 7 wickets.

A lot of expectations are on Zeeshan Maqsood in this match. In 3 matches in this competition, he has struck 66 runs at a strike rate of 200 and picked up 2 wickets. 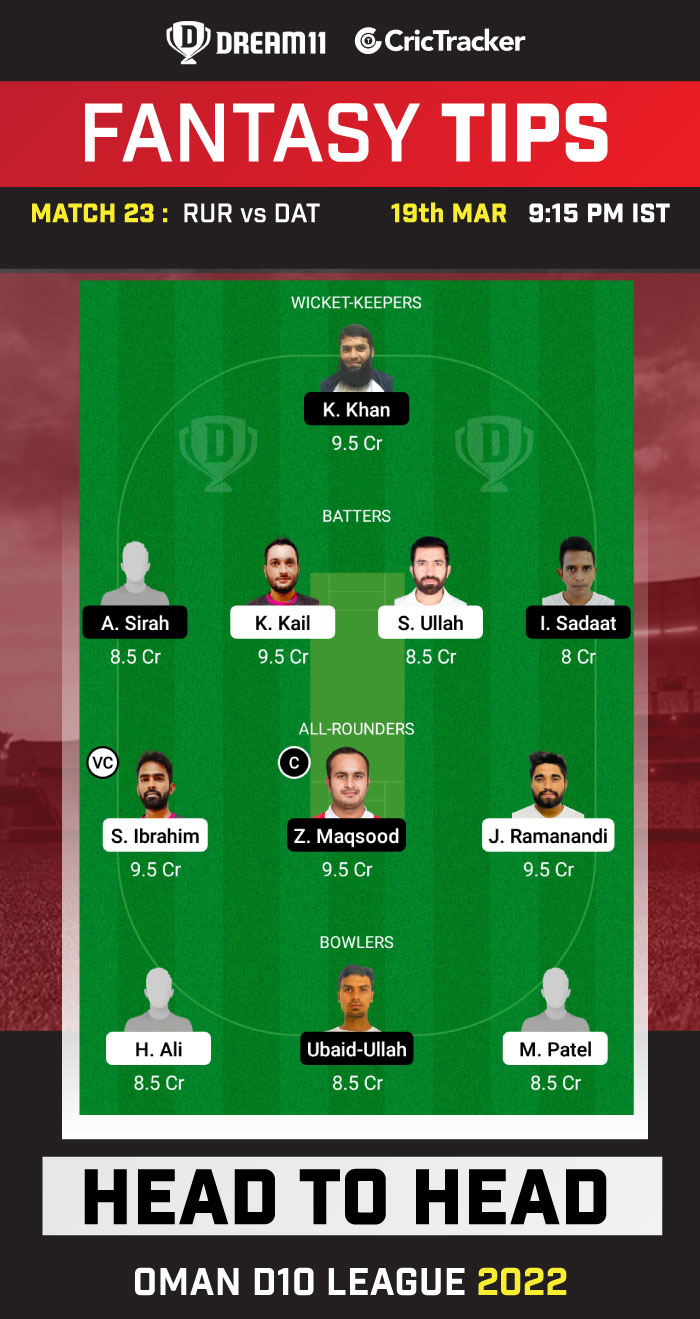 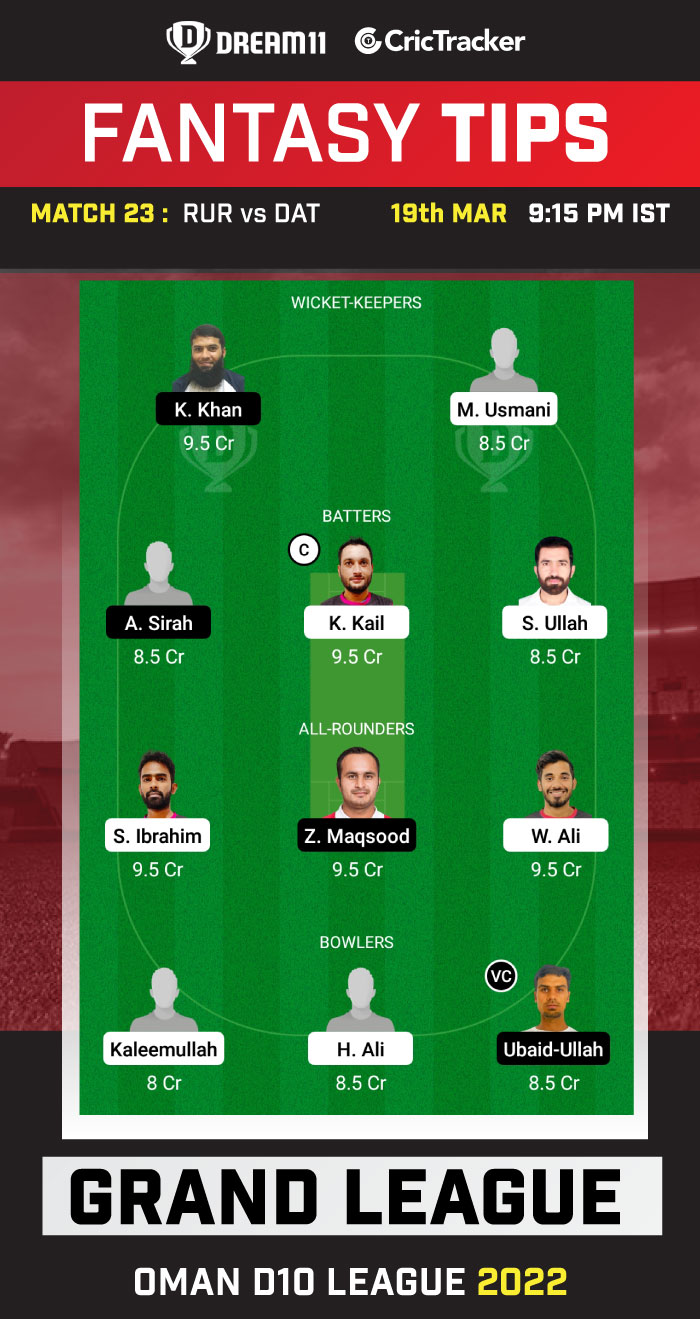