Akshay Patel has hit 24 sixes which is the most in this tournament.

Amerat Royals will square off with Bousher Busters in the Super 4-Match 30 of the Oman D10 League 2022. In a must win-game, Amerat Royals sealed a thrilling one-run win over Qurum Thunders on Sunday to finish 3rd in the standings with 10 points. Akshay Patel is the man to watch out for them.

Bousher Busters, on the other hand, lost their final league game against Ghubrah Giants, but still managed to finish 4th in the standings with 8 points. They qualified for the Super-4 stage on the basis of a better net run-rate.

Credit to the ground staff for providing such exciting surfaces throughout this tournament. It’s an ideal wicket for the batters to score runs freely. Anything over 100 runs is going to be highly competitive.

Akshay Patel is the 2nd leading run-scorer in this tournament. He has mustered 246 runs in 7 matches at a strike rate of 213.91, which includes 3 half-centuries.

Rafiullah-M has picked up the most wickets in this competition. In 7 matches, he has scalped 11 wickets at an economy of 9.67, and has scored 49 runs with the bat.

Asif Khan is the top performer with the bat for Bousher Busters in this tournament. In the 7 matches so far, he has notched 207 runs at a strike rate of 171.07, and picked up 4 wickets.

Sufyan Mehmood is a wicket-taking bowler for Bousher Busters. He has bagged 9 wickets in 7 matches so far in this league at an economy of 7.07, and has scored 43 runs with the bat.

AMR vs BOB Must Picks for Dream11 Fantasy Cricket: 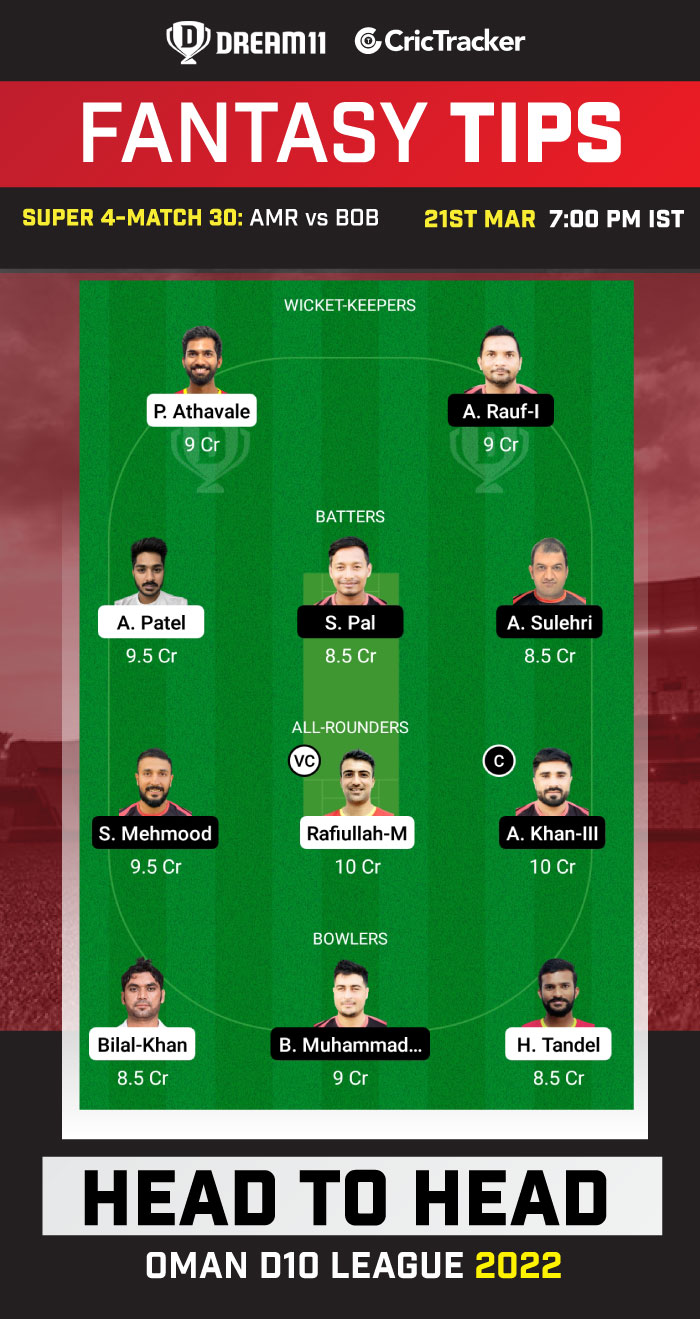 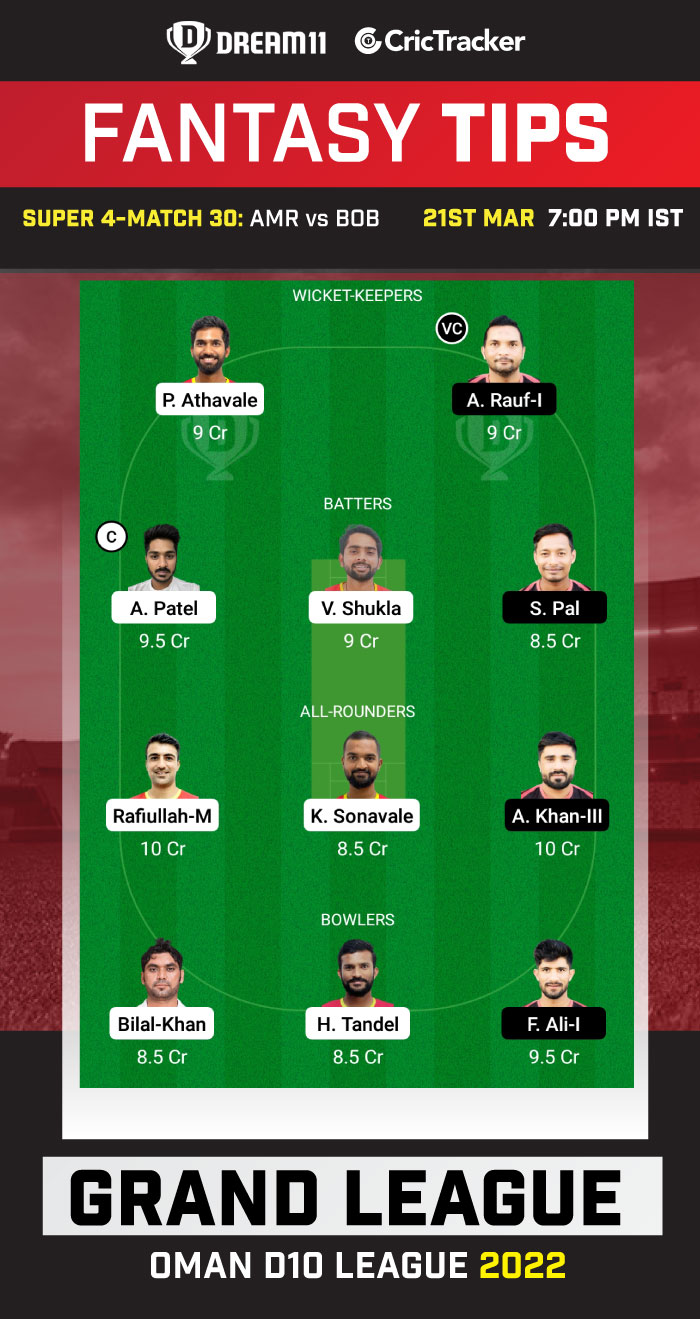 Amerat Royals are expected to win this match.