Ajay Lalcheta is a talented all-rounder and a must-pick player for your fantasy teams.

Azaiba XI will face Bousher Busters in the 15th match of the Oman D20 League on Tuesday. Azaiba XI are still yet to taste their 1st win in this tournament. They have lost all their 3 matches played. There has been a massive change over in their performances in the 3rd game compared to the first two matches. Azaiba XI must win this match to move up in the points table.

Bousher Busters, on the other hand, started well this tournament with a 6 wickets win over Darsait Titans. However, we saw a new version of them as they lost two back-to-back matches against Ghubrah Giants and Amerat Royals. They are placed at the 7th spot in the standings with 2 points.

The wickets has picked up its pace and we saw high-scoring encounters in the last few days. The ball will come slightly better on to the bat in the latter half and going with the recent results bowling first is a good option.

Akmal Shahzad played one of the best knocks of the tournament in the last game against Ghubrah Giants where he hammered 77 runs from 52 balls, which includes 4 fours and 5 sixes.

Arsalan Bashir is among the runs for Azaiba XI in this tournament so far. In 3 matches, he has scored 111 runs with the highest score of 58.

Abdul Rauf is a must-pick for your fantasy teams. He scored an unbeaten 78* runs in the last game against Amerat Royals. Overall, in 3 matches in the tournament, he has scored 130 runs.

Bilal Shah is the frontline bowler for Bousher Busters. In 3 matches in this tournament, he has scalped 5 wickets.

AZA vs BOB Must Picks for Dream11 Fantasy Cricket: 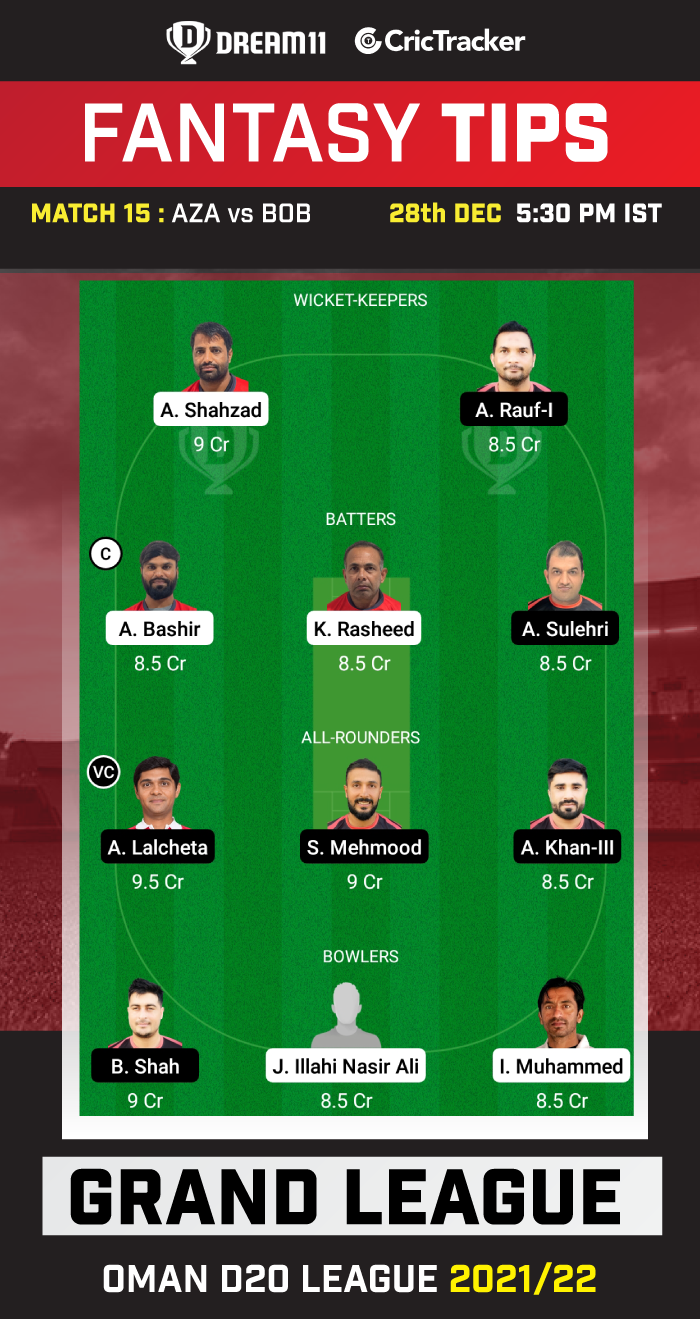 Bousher Busters are expected to win this match.