Shoaib Khan has secured 638 Dream11 Points in this tournament.

Qurum Thunders will face Ghubrah Giants in the 4th match of the Super Four contest on Tuesday. Qurum Thunders finished second in the standings with 9 points. They made a good start in the Super Four contest as well by beating Darsait Titans by 7 wickets. The top 5 batters all contributed equally well which in the end won the game for the Thunders.

Ghubrah Giants, on the other hand, are not in the greatest of forms, since they have lost two consecutive matches against Ruwi Rangers by 6 wickets and 54 runs. They failed to score runs in both matches which cost them heavily. They must win this match if they want to qualify for the finals.

The batters can score huge runs if they stick to the longer period of time. There is always a challenge for the bowlers to restrict the run flow when the batters are on song. Anything over 170 is a competitive score on this wicket.

Shoaib Khan is in tremendous form and played a huge part in the success of Qurum Thunders. He is the leading run-scorer in this tournament with 323 runs in 7 matches and also picked up 5 wickets.

Kashyapkumar Prajapati is another main contributor with the bat for Qurum Thunders. He has smashed 270 runs in 7 matches with the best score of 95 and has also picked up a wicket.

Imran Latif is the standout performer for Ghubrah Giants in this tournament. He has done exceedingly well with both bat and ball. In 8 matches, he has scored 245 runs and has also picked up 9 wickets.

Ghazanfar Iqbal had a rare failure in the last match against Ruwi Rangers as he got out for a no score, but he made it up for that by picking up 2 wickets. In 8 matches so far in this league, he has scored 197 runs and scalped 8 wickets.

QUT vs GGI Must Picks for Dream11 Fantasy Cricket: 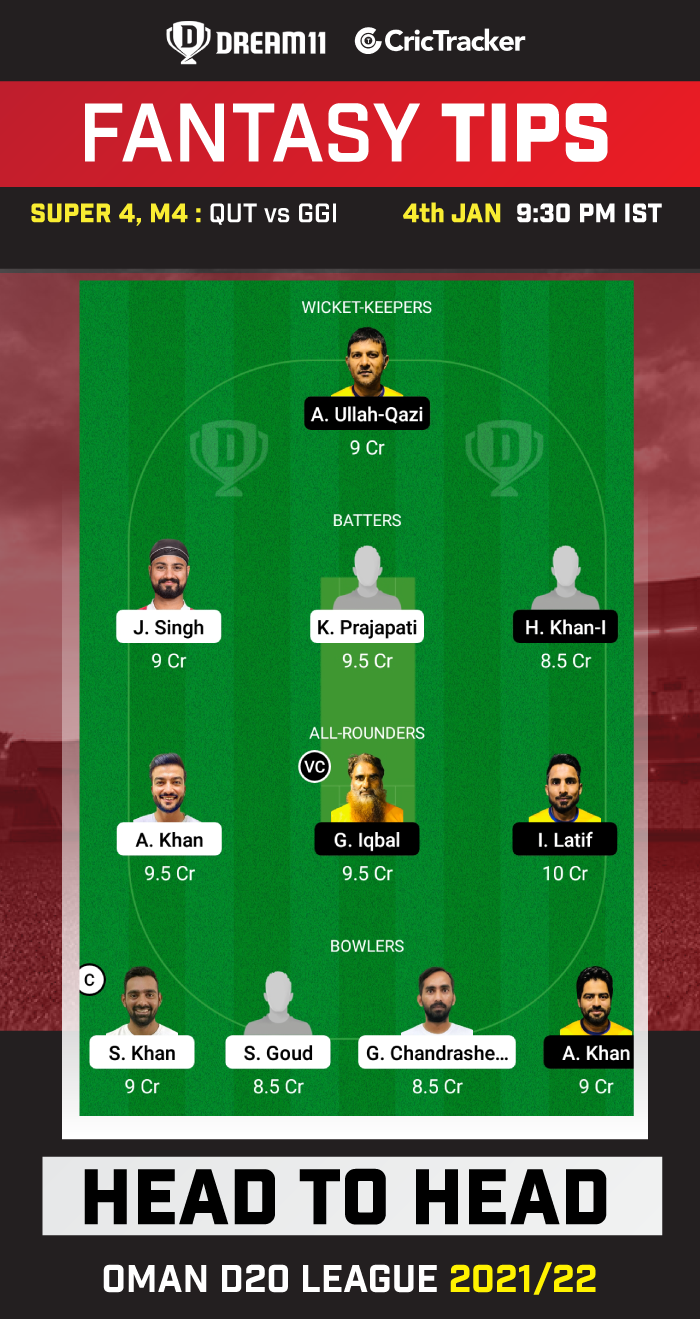 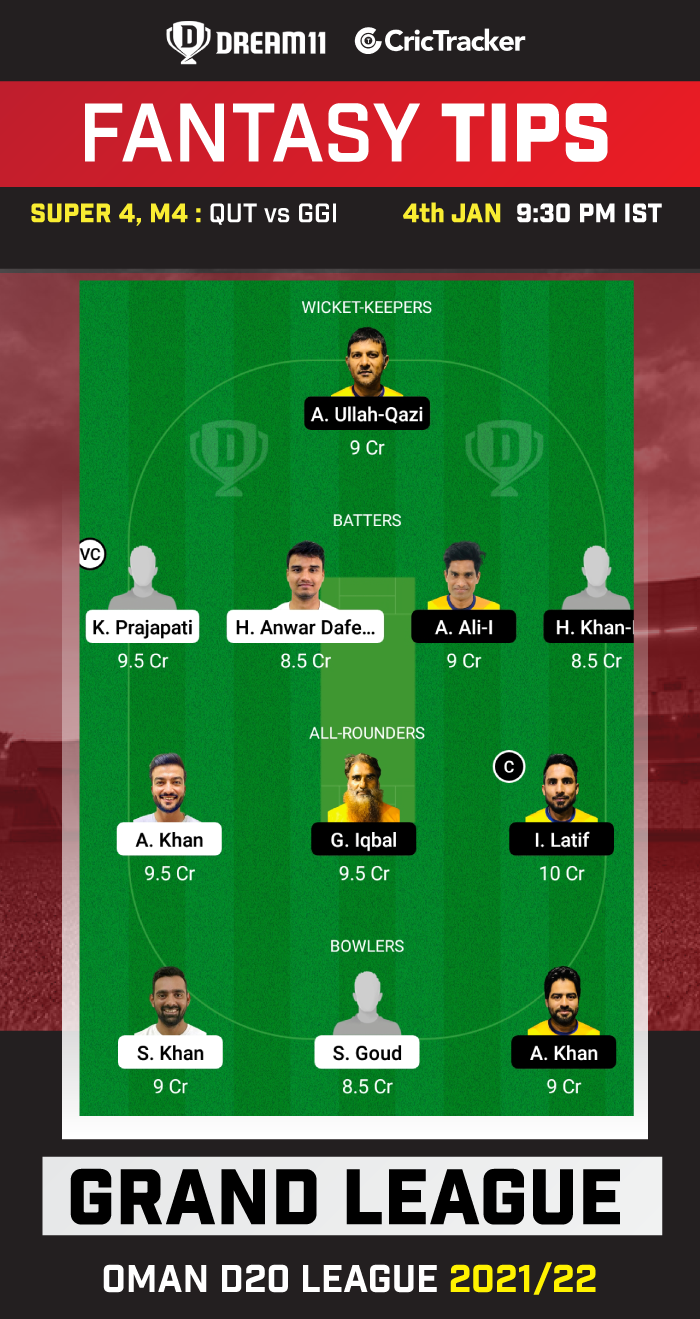 Qurum Thunders are expected to win this match.