Bernard Scholtz has picked up 8 wickets in his ODI career across five matches including a 4-wicket haul.

The United Arab Emirates had yet another disappointment as they began the Oman Tri-series with a defeat. They lost to the home team Oman by 5 wickets in the first match of the tournament on Sunday. On batsman barring Mohammad Usman got even 30 as UAE were bowled out for only 170. UAE managed to pick wickets in a bulk but the 112-run partnership for the 3rd wicket took the game away. They will now face Namibia, the 3rd team in this Tri-series on Monday. Namibia is fresh of sealing a place in the Men’s T20 CWC for the first time.

There are chances of showers in the evening at the venue but the game is likely to finish by then.

The Ministry Turf 1 continued its trend of producing low first-innings totals and successful chases by the second batting side. UAE were restricted to 170 on Sunday as the Oman skipper Zeeshan Maqsood picked up a 4-fer. The home side got a big partnership in the middle overs which helped them to chase the small target comfortably. No major difference in the pitch is expected for Monday and in fact, there is a possibility for the track being even slower.

Mohammad Usman is putting on a good showing with the bat in the ICC CWC League. He has aggregated 160 runs across four innings at an average of 80 with help of two fifties. Junaid Siddique made a strong start to his ODI career with 10 wickets from four matches which includes two 3-wicket hauls. Jan Frylinck has excelled with both bat and ball in his 5-match ODI career. He scored 112 runs at an average of 37.33 with help of a fifty. With the ball, Frylinck has bagged as many as ten wickets with help of a 5-wicket haul. Bernard Scholtz has picked up 8 wickets in his ODI career across five matches including a 4-wicket haul. 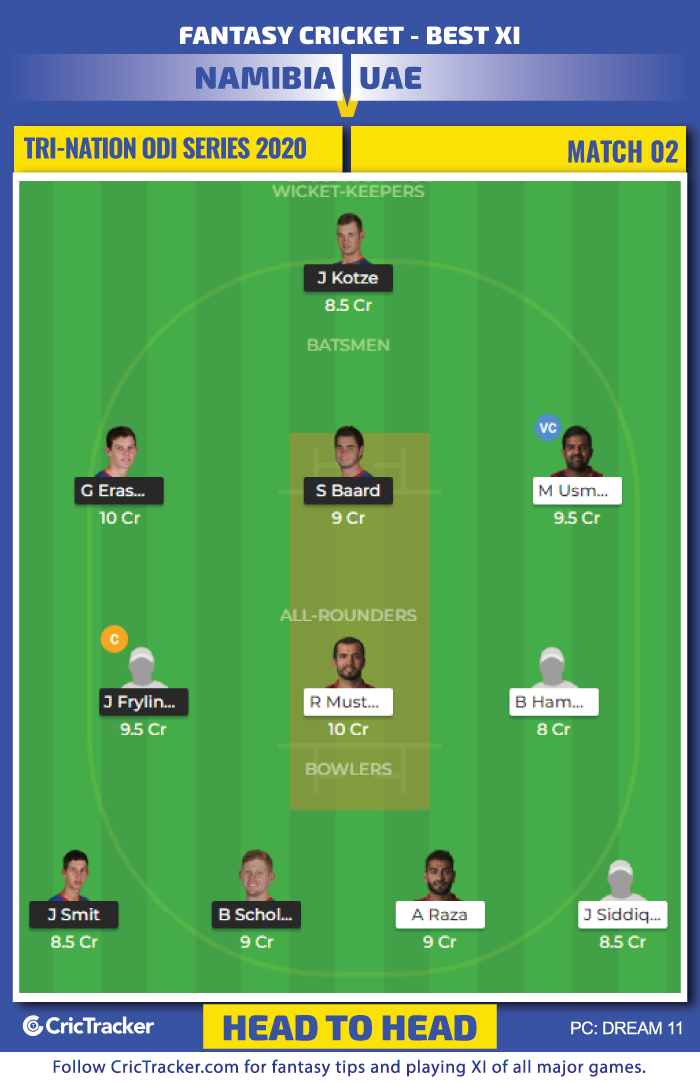 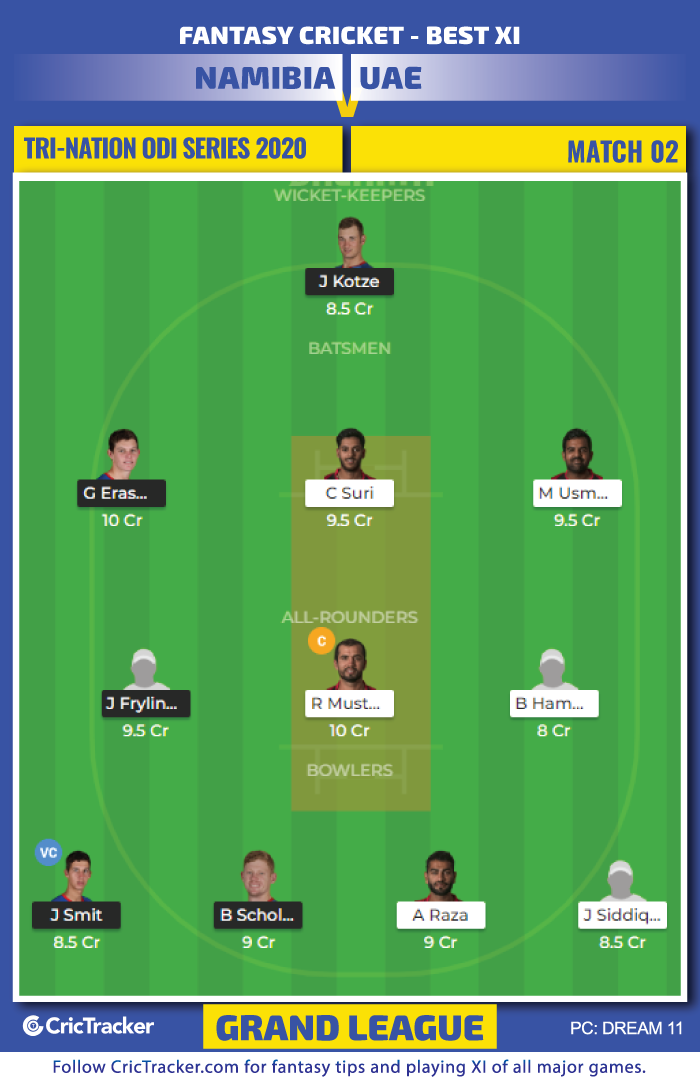 Both the Suggested XIs provided by us might look similar and the reason for that is the proven performers in both the line-ups. However, there are a couple of players whom we ignored among the bowlers and all-rounders. Namibia’s Craig Williams is the most experienced player we couldn’t pick. The all-rounder was brilliant during the T20 Qualifiers but in the previous ODI Tri-series, he couldn’t make any impact with both bat and ball. JJ Smit’s performances were somewhat similar but he took wickets regularly in the Tri-series and was picked ahead of others in our teams.

Namibia is expected to start the Tri-series with a victory over the UAE team.