It's advisable to include 4 all-rounders in your Dream11 Fantasy teams. 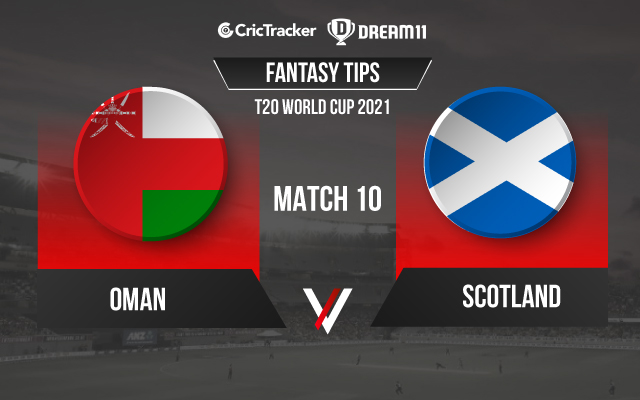 Oman will take on Scotland in the Group B match of the T20 World Cup 2021 on Thursday. Oman started their campaign with a convincing 10-wicket victory over PNG, and then they lost to Bangladesh by 26 runs in their second fixture. They are in a must-win situation in order to finish in the top 2 spots.

Despite winning their first two matches against Bangladesh and PNG, Scotland’s qualification for Group 12 is still hanging in balance. They will need to win this match, as their net run-rate isn’t that great. They are at the top of the table in the Group B standings with 4 points.

Oman vs Scotland, Match 10, Group B

The spinners are getting enough grip out of the surface and it’s quite difficult to score runs against them. It’s 140-150 kind of a track, it’s better to bat first in this match.

Jatinder Singh is doing a terrific job for Oman in this World Cup. In 2 matches, he has scored 113 runs at an average of 113, with the highest score of 73*.

George Munsey is an aggressive batter. He likes to take his chances in the powerplay. In 2 matches in this World Cup, he has scored 44 runs at a strike rate of 133.33.

Zeeshan Maqsood is short of runs in this tournament, but he has made it up with the ball by picking 5 wickets in 2 matches at an economy of 6.16, with the best figures of 4/20.

Richie Berrington played splendidly in the last match against PNG. Coming at number 4, he blasted the bowlers and scored 70 runs from 49 balls, which included 6 fours and 3 sixes.

Bilal Khan has been brilliant with the ball. He hasn’t given away too many runs in the last 2 matches. In 2 matches in this World Cup, he has picked up 5 wickets at an impressive economy of 4.25.

Josh Davey was outstanding with the ball in the last game against PNG, where he picked up 4 wickets at an economy of 5.14. He is a good buy for your fantasy teams.

Matthew Cross should be your first choice wicketkeeping option for your fantasy teams. He bats higher up the order. In 2 matches in this World Cup, he has scored 56 runs with the highest score of 45.

OMN vs SCO Must Picks for Dream11 Fantasy Cricket: 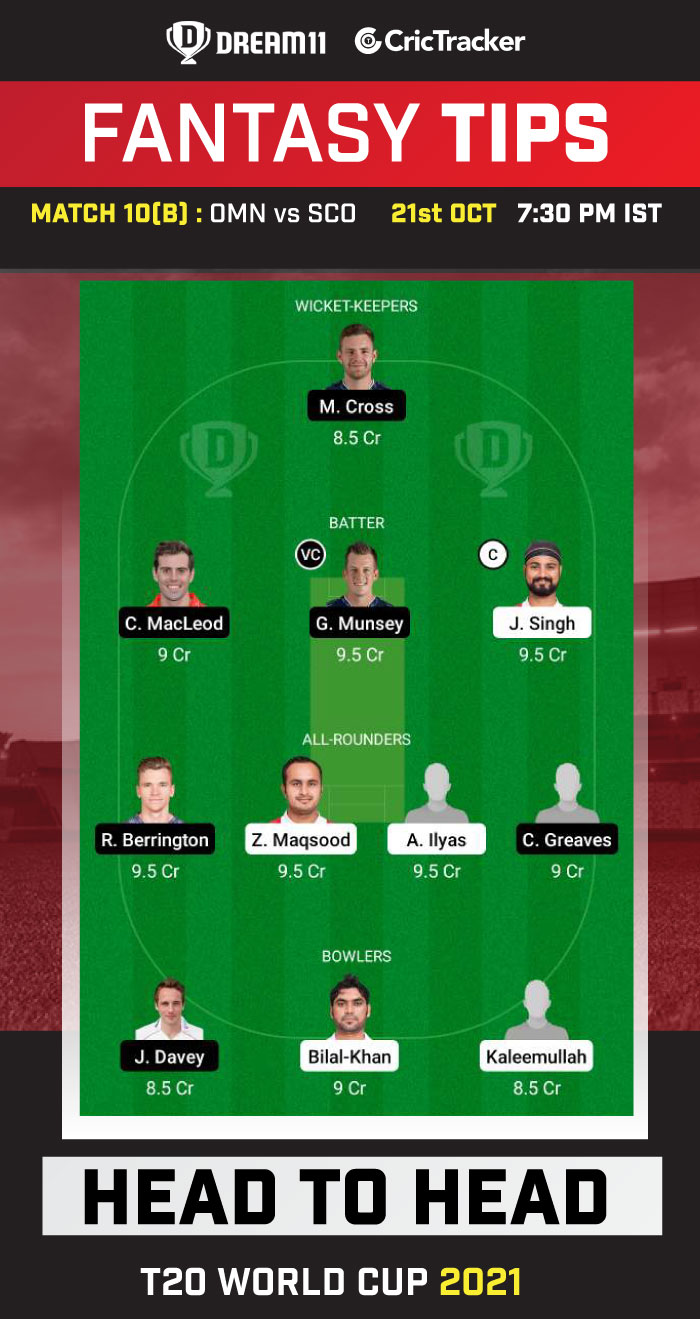 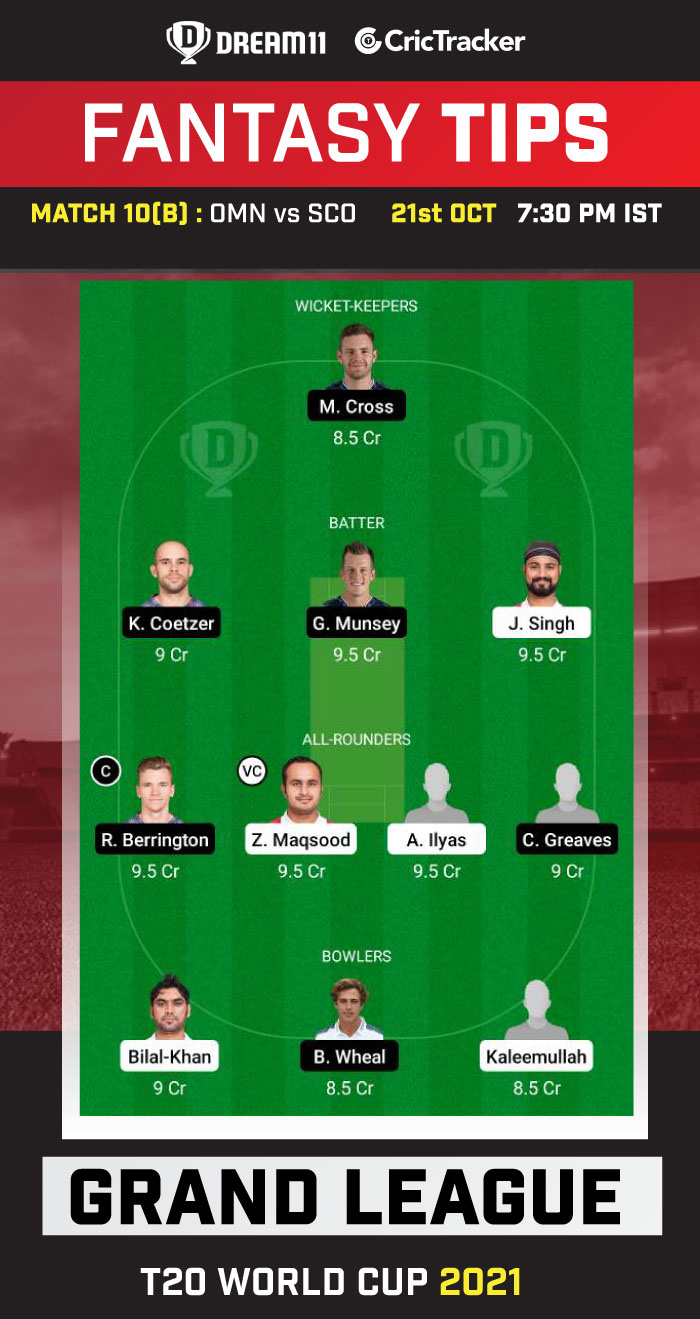 Aqib Ilyas has scored 56 runs in 2 matches in this tournament. He is a terrific player at the top of the order. It’s worth a risk and you can pick him as your fantasy team skipper.

Chris Greaves had an excellent game against Bangladesh, where he scored 45 runs and picked up 2 wickets. You can take a risk and pick him as your fantasy team skipper.

Considering a lot of options available in the all-rounder’s slot, it’s better to avoid Michael Leask while making your fantasy teams.