Oman have the potential to upset Sri Lanka.

Oman will host Sri Lanka in the 2-match T20I series which starts from October 7th. Both the teams will be clashing for the first time in a T20I and are really excited ahead of this series. Oman last played a T20I way back in February 2020 against the Maldives, but they have been playing ODI cricket consistently and recently took part in the ICC Cricket World Cup League 2. They have got extremely talented players and will be eager to upset the Sri Lankan side.

Sri Lanka, on the other hand, are preparing themselves for the T20 World Cup and it’s a great opportunity for them to get acclimatised to the conditions of Oman. They had lost to South Africa in their last T20I series recently by a 3-0 margin and they need to do well in this series.

It’s a balanced surface, where both batters and bowlers will get plenty of opportunities to shine if they put in their hard work. It’s a 167-170 kind of a wicket and whoever wins the toss should bat first and put runs on the board.

Aqib Ilyas is an exceptional talent. He impressed in the ICC CWC League 2 with his all-round performances. In 22 T20Is, he has scored 408 runs at an average of 22.66 and a strike rate of 114.6. Ilyas has picked up 2 wickets as well.

Charith Asalanka has shown a lot of promise and commitment early in his career. The 24-year-old southpaw has scored 64 runs in 3 T20Is, with the highest score of 64.

Zeeshan Maqsood played a key role in the success of Oman in the ICC CWC League 2. He can contribute equally well with both bat and ball. He has scored 547 runs and has scalped 18 wickets in his T20I career.

Dhananjaya de Silva is an elegant batter who is always busy at the crease and is even useful with his off-breaks as well. He has accumulated 412 runs in 23 T20Is and has also scalped 5 wickets with the ball.

Maheesh Theekshana can be the next big thing of Sri Lankan cricket. He has picked up 1 wicket in T20Is and 4 wickets in ODIs.

OMN vs SL Must Picks for Dream11 Fantasy Cricket: 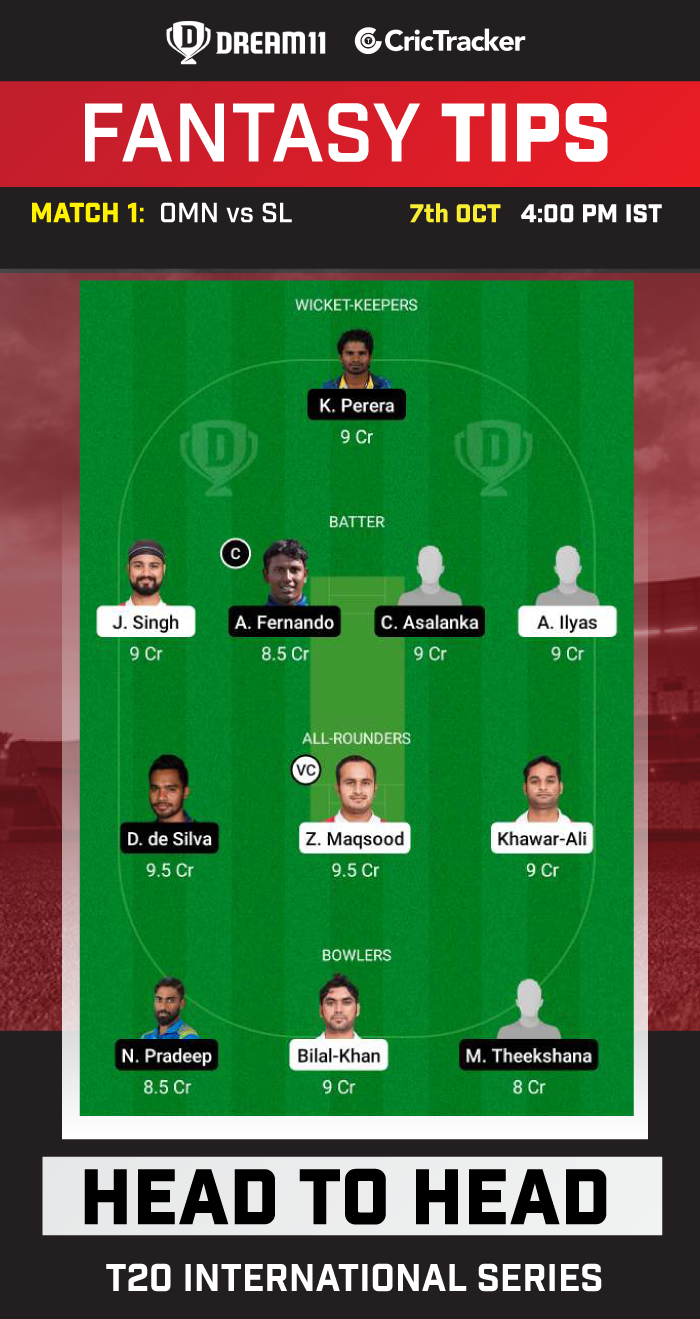 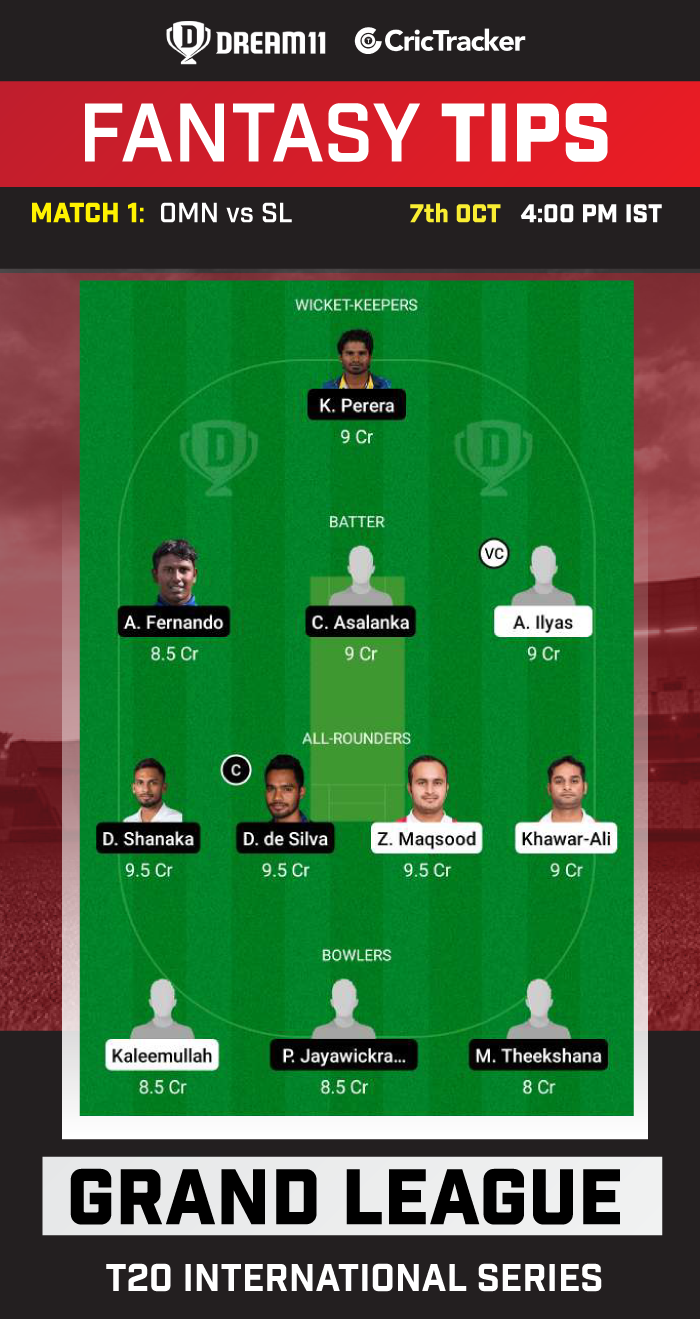 Jatinder Singh has scored 697 runs in his 28 T20Is at an average of 27.88. You can take a risk and pick him as your fantasy team skipper.

Kusal Perera is an aggressive player at the top of the order. He can be destructive from the start and has loads of experience. It’s worth a risk and you can pick him as your fantasy team skipper.

Considering plenty of options available in the all-rounders slot, it’s better to avoid Aayan Khan while making your fantasy teams, though it’s a tough call.