Northern Districts are expected to assert their dominance over Otago by beating them twice in the same competition.

The 14th Match match of the Ford Trophy 2020 will be played between Otago and Northern Districts at the University Park, Dunedin.

When the two sides clash previously at the University Park in Dunedin, fans got to witness the battle between two very formidable outfits. Otago and Northern Districts have played some impressive cricket in this competition. Prior to locking horns, they both had registered 3 wins and just a solitary defeat.

In the game on Sunday, Northern Districts batted first and scored a mammoth 323. A target of 324 looked too big to chase down, but Otago offered a commendable fight. However, it ultimately was of no use as they could muster up only 283. While they will be looking to get their revenge, Northern Districts will know it well that nothing can be sweeter than doing the double.

It will be a chilly day at Dunedin. The temperature will be hovering around 14 °C. Thankfully, the chances of precipitation are only 10%.

This pitch is a batsman’s paradise. 300 is the bare minimum a team must keep in mind

Sean Abbott ruled out of Australia’s first Test against India

Katene Clarke has been terrific with the bat for Northern Districts. He has scored 222 runs, which includes 3 half-centuries. Clarke has an average of over 40.

As for Northern Districts’ bowling department, Brett Randell has been the star performer. He has scalped 14 wickets and has maintained an economy rate of under 6 runs per over.

Brett Hampton is a player who ticks all boxes and can earn you points in both batting and bowling. He has scored 152 runs and also has 5 wickets to his name.

From the Otago camp, Michael Rippon is the player who has been influential both with the bat and the ball. He has scored 98 runs and has picked up 4 wickets. 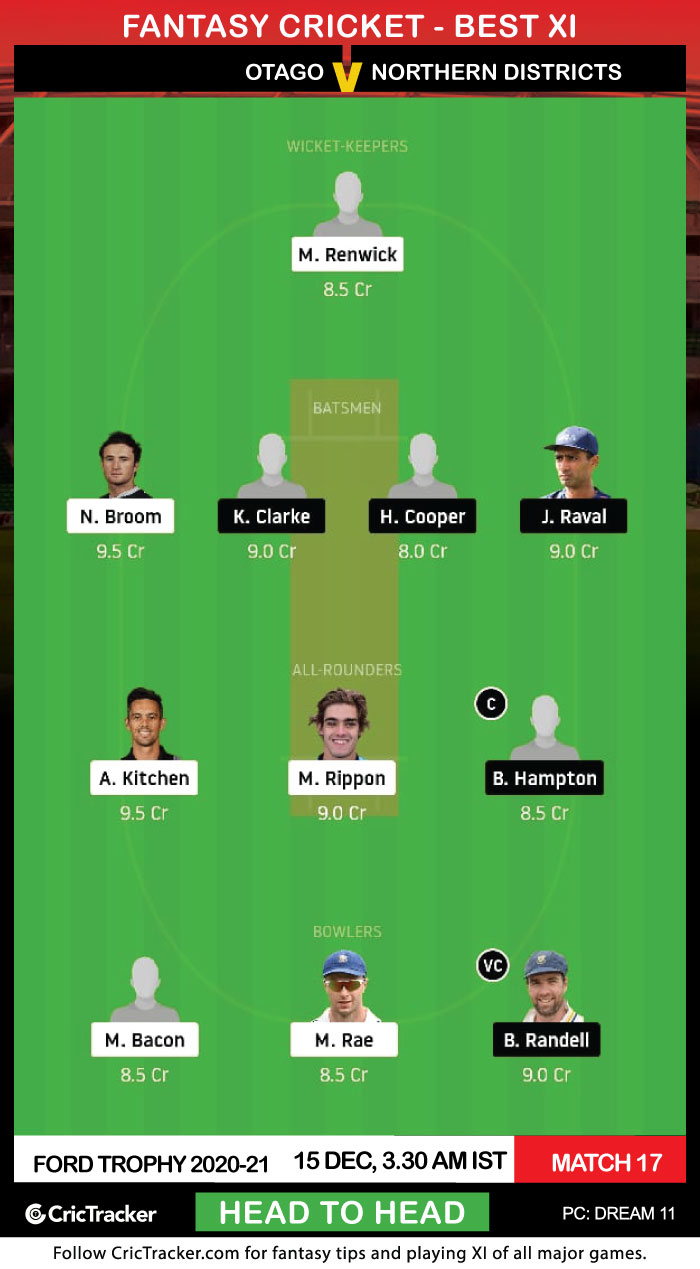 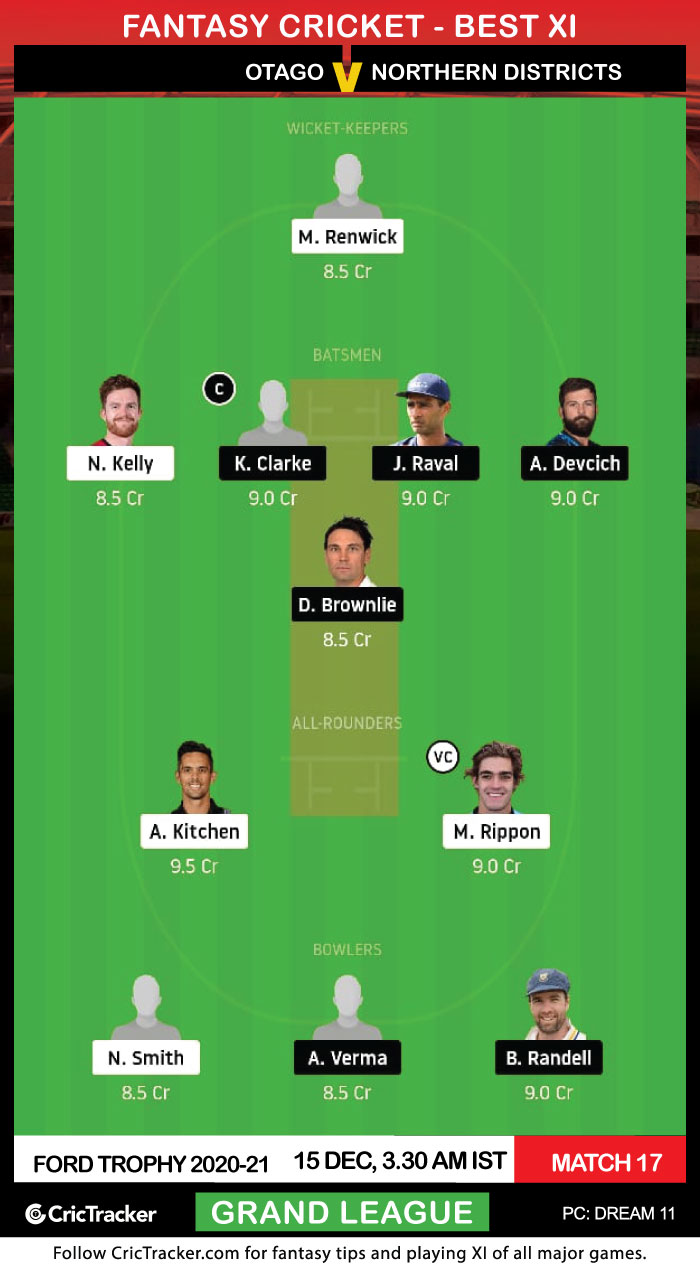 Jeet Raval has looked in sublime touch. He has already amassed over 200 runs and has maintained an average in excess of 40. Given his form, he should be included in both of your Dream11 Fantasy teams.

Northern Districts are expected to win this match.