Iqbal Khan is the leading run-scorer in the tournament with 105 runs. So far, he has scored two one fifty and he will be an obvious pick for any Dream11 Fantasy team.

The 16th match of the Over-50s Cricket World Cup between India and South Africa will be played at the Langa in Cape Town.

India has been struggling to find their track in the tournament as they have suffered back to back defeats in the tournament. They will soon have to come out with some brilliance on the field otherwise they will get knocked out from the tournament. In batting, they have Iqbal Khan, Sundar PG, who scored brilliant fifties in the previous game against Pakistan.

But, they didn’t get much support from their teammates as they failed to click good knocks with the bat. Meanwhile, their bowlers have also failed miserably to perform with the ball. So, they should also come with some good show against South Africa.

South Africa looks unstoppable and they have registered back to back wins in the tournament. They look pretty much on the mark with all their players performing in their top-notch form with the bat and ball. If they continue with the same then their chances of winning the game against out of form team of India will be quite high.

The weather forecast says that there are no chances of rain on the matchday. The wind will be blowing at a rate of 41 to 61 km/hr whereas the temperature will deviate between 16 and 21 Degree Celsius throughout the day according to Accuweather.

The track at Langa has not hosted a 45-over game until now. But, the fans can expect a sporting wicket for the match between South Africa and India. The score around 200-220 could be par but the chasing side will have an edge against their opponent.

Iqbal Khan is the leading run-scorer in the tournament with 105 runs. So far, he has scored one fifty and he will be an obvious pick for any Dream11 Fantasy team. Alan Dawson will be the other player, who should not be ignored while picking a fantasy team. Bruce Wilson will be a vital pick from the bowlers’ category, who has so far grabbed four wickets in his two outings. 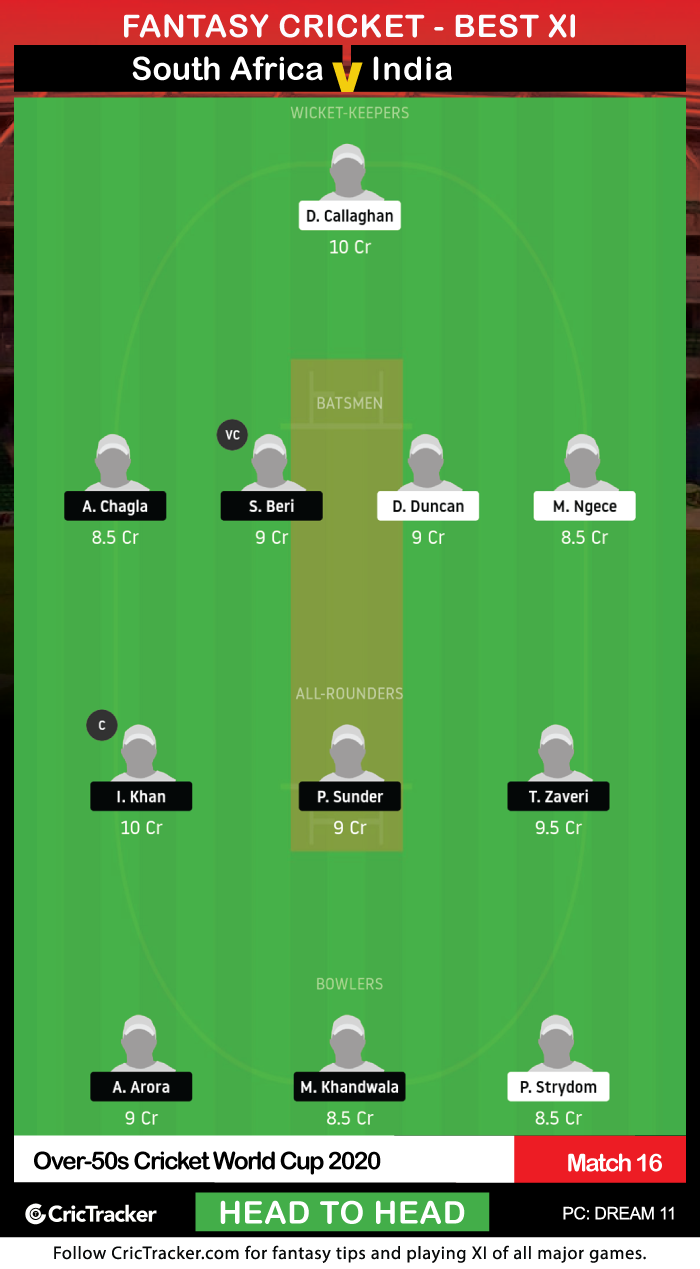 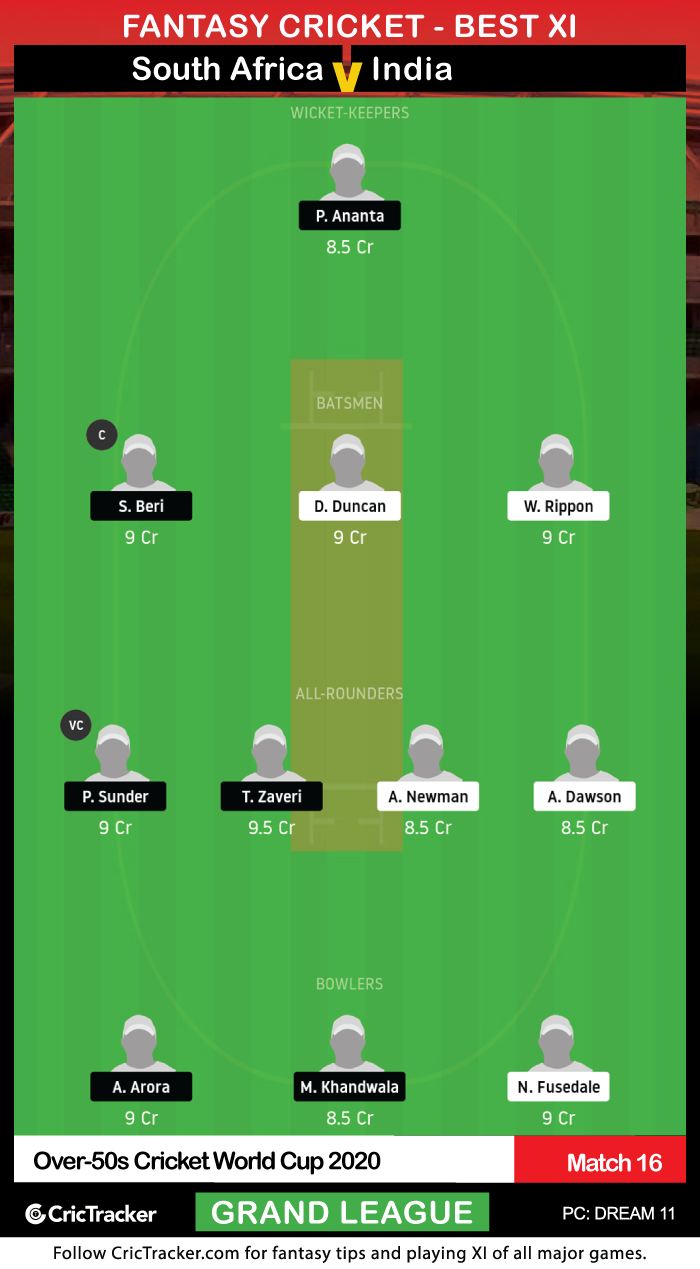 A total of 12 players can bat in one inning. So, the user should accordingly pick their Dream11 Fantasy team for the match between South Africa and India.

India is expected to come out as winners.