For Pakistan, Raja Arshad Hayat and Sajid Ali are the best batsmen so far

The 23rd match of the Over-50s Cricket World Cup between Pakistan and South Africa will be played at the Bridge House School in Western Cape.

Pakistan and hosts South Africa will face-off in the match 23 of the ongoing Over-50s World Cup on Monday. Both the teams are bossing the points table in group B at the moment and are expected to win their matches on Sunday. Pakistan are facing Wales while South Africa have locked horns against India. These are the two teams which are expected to make it to the semi-finals from this group and expect this game to be a thrilling one.

There is no chance of rain whatsoever during the match on Monday. The temperature will hover around 27-28 Degrees Celsius with the humidity hovering around 30-50%.

A couple of Youth ODIs have taken place at the venue before and it has proved to be a brilliant surface to bat on. Chasing has been comparatively tough on this pitch and expect the team winning the toss to bat first.

Alan Dawson, Dave Callaghan and David Duncan have scored a half-century each so far. Pieter Strydom is a decent all-rounder and is a must-pick player. Even Dawson has picked a few wickets with the ball while Bruce Wilson is also a wicket-taker. Ngece is also a good bowler.

For Pakistan, Raja Arshad Hayat and Sajid Ali are the best batsmen so far. Muhammad Javed, Jaffar Qureshi and Imtiaz Tarrar have wrecked havoc with the ball. The trio should be picked in your Dream11 Fantasy team. 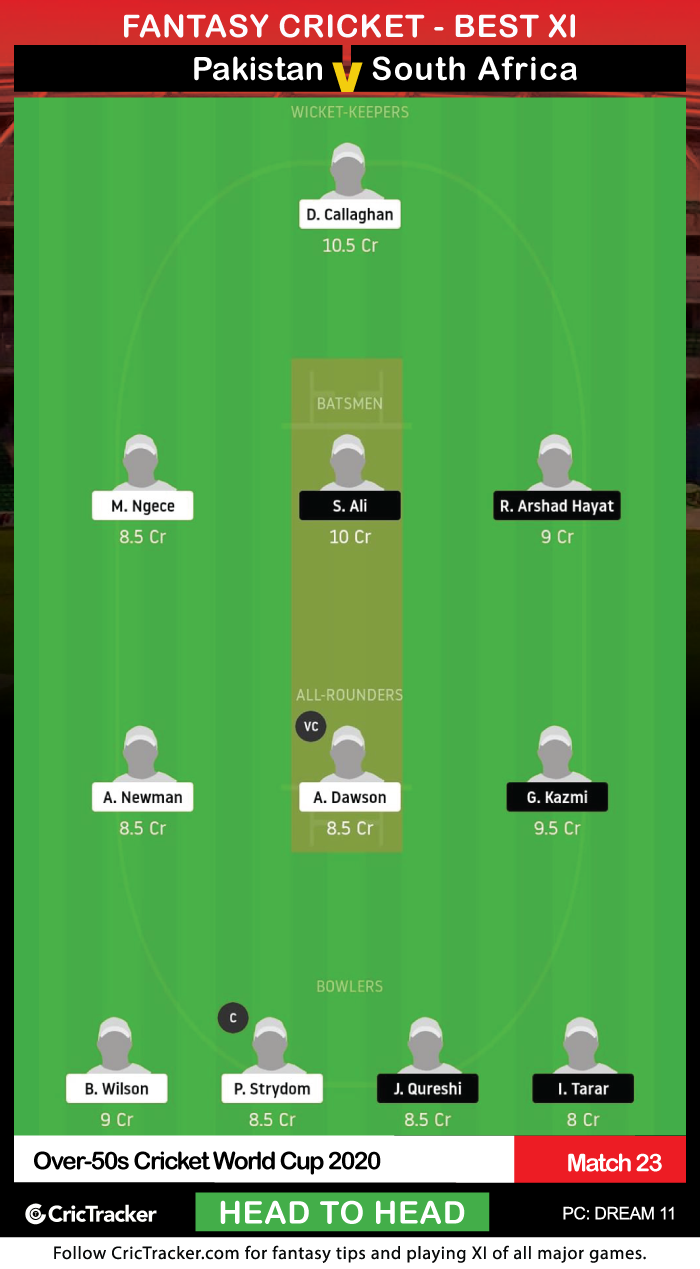 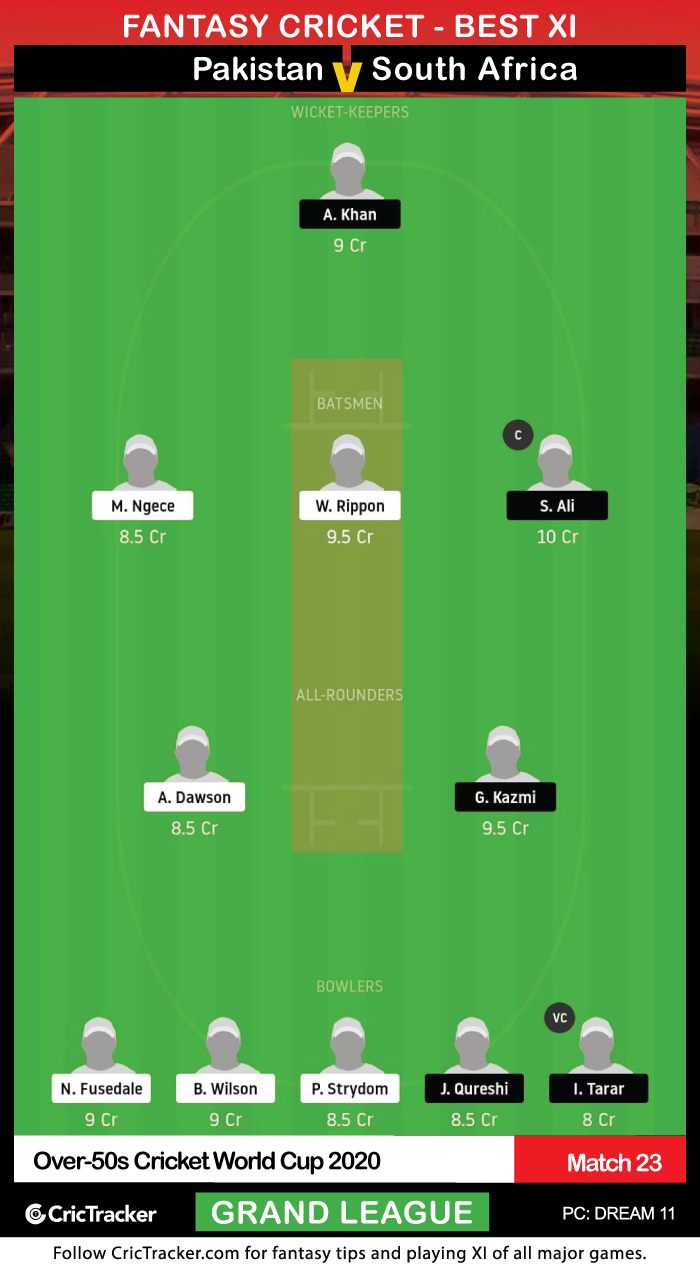 12 players played for certain teams in few matches of the tournament. There is still no clarity over the exact rules.

South Africa Over-50s are expected to win this match.