Jason Roy can be a good pick for this match. 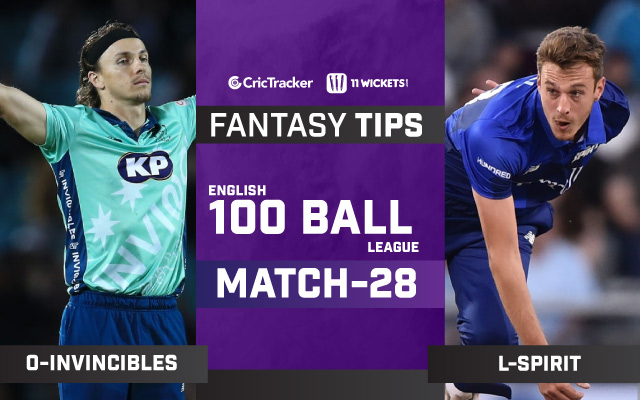 Oval Invincibles and London Spirit will battle it out against each other for the Match 28 of the Men’s English 100 Balls League. The former are placed in the fifth position of the points table after having won three games from the six they have played. One of their matches was abandoned.

The London Spirit have secured victory in only one game so far. They currently find themselves on the eighth spot of the league standings. London outfit would be keen to register a win in the tournament.

The pitch hasn’t been very easy for batting. Chasing down the total has been a bit difficult. Thus, putting a good total onboard first can be a good alternative on this surface.

Jason Roy has smashed 174 runs in the tournament so far. In the last match, he hit a half-century. Heading into this encounter, Roy can be a good player to bank on.

Tom Curran picked up 2 wickets in the last match. In the tournament so far, he has scalped seven wickets. The speedster would be determined to perform well.

Sunil Narine picked up 3 wickets for the team in the last match. He comes in handy with both the bat and the ball. His contributions will be important for the side. 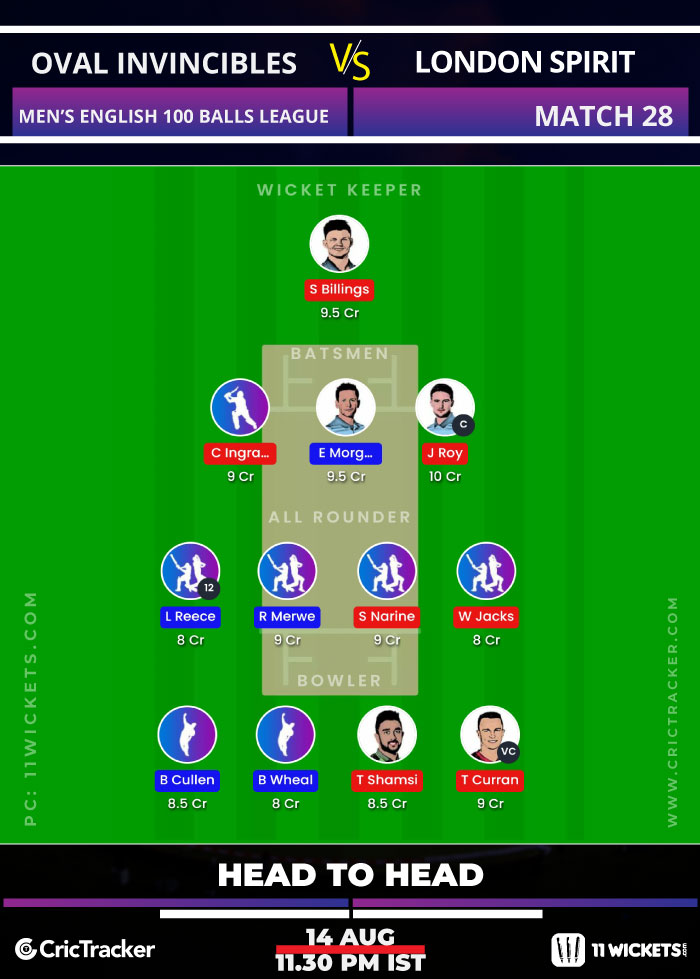 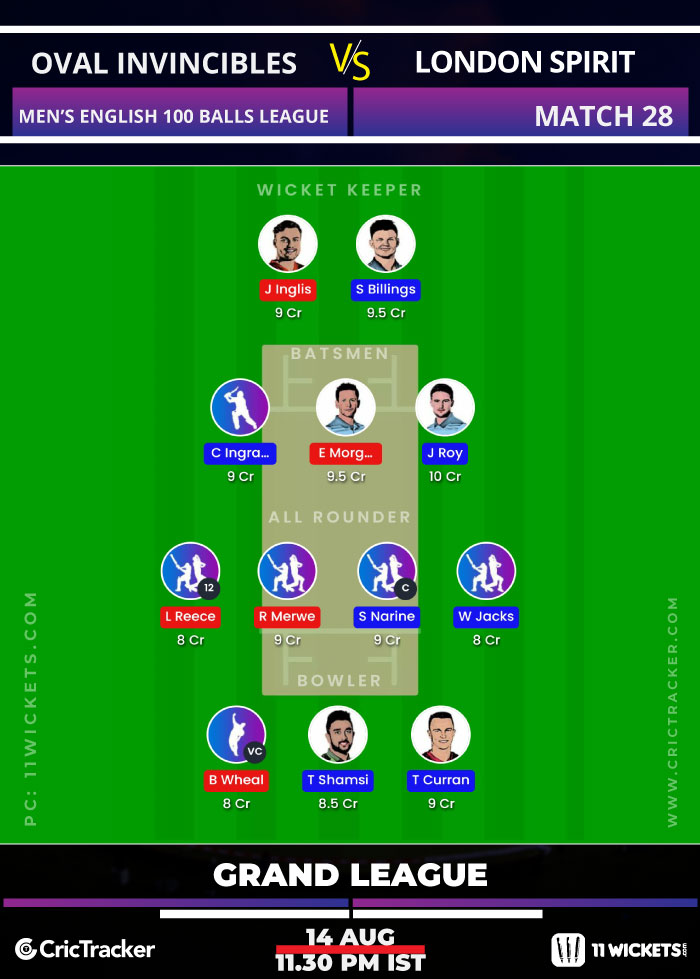